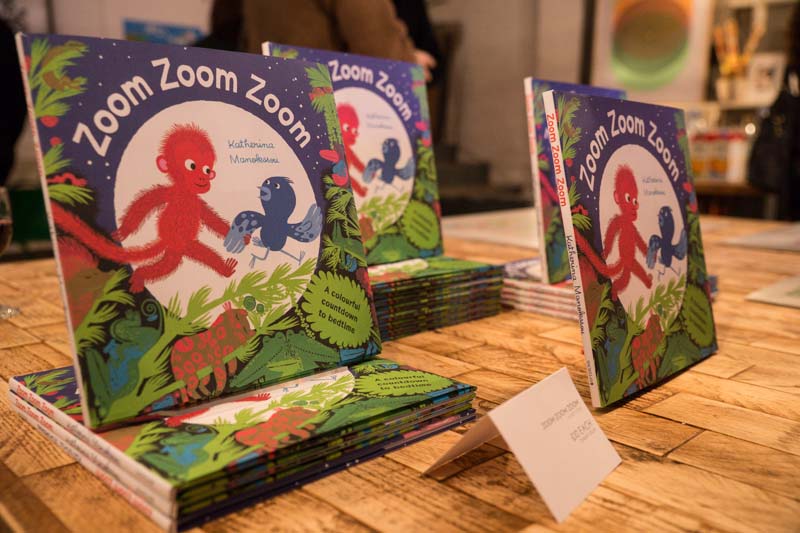 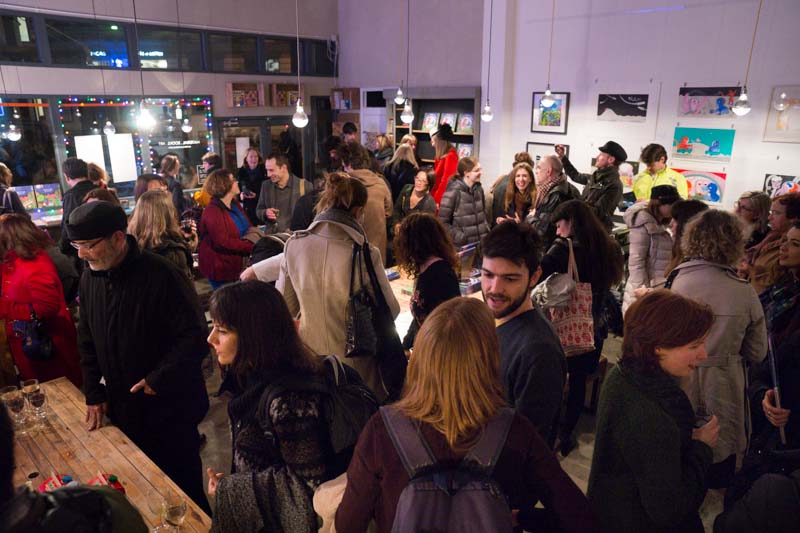 There was a real buzz surrounding the event, which doubled as the opening view for an exhibition of Katherina’s artwork, including the screen prints which the book’s colourful spreads are based on. 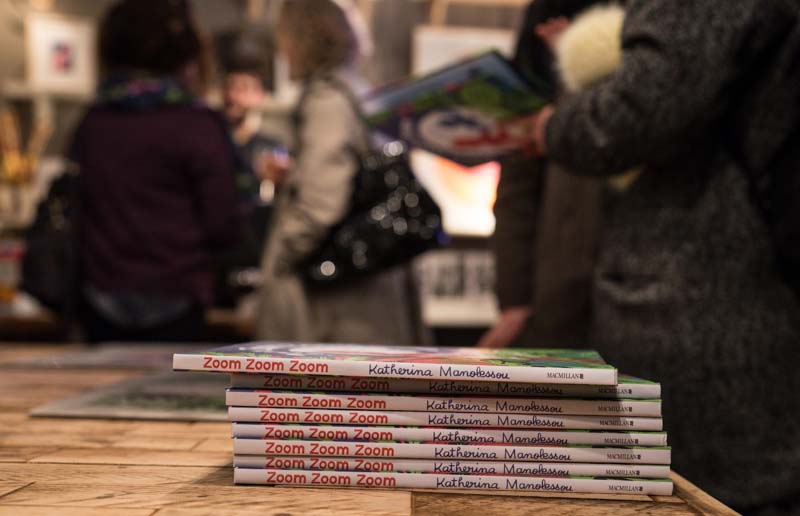 The bookshop was confident that they had over-ordered copies of the book for the event, but Katherina was kept busy signing and eventually every single copy SOLD OUT. Macmillan should be really encouraged by this enthusiastic response.

Katherina Manolessou grew up in Greece and studied Chemistry. On moving to London in the mid-1990s she worked as a 2D animator and has lived here ever since. She went on to study Illustration at Kingston University and Communication Art and Design at the Royal College of Art. 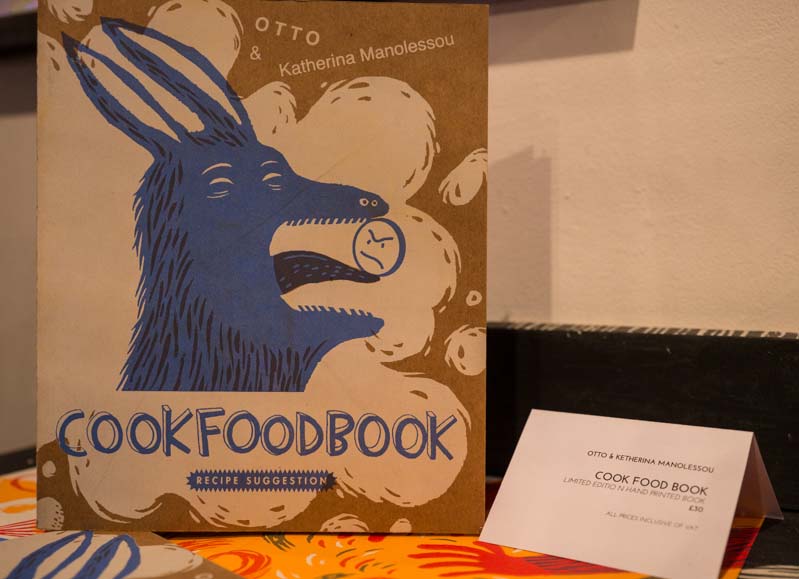 Her varied work (which is well-documented on her website, www.lemoneyed.com, includes both commercial illustration commissions and personal projects. Her commercial clients have included Ted Baker, Prospect magazine, The Guardian and Random House. She works from the East London Printmakers studio where she screen prints all her work. Katherina is also a part-time senior lecturer at the University of Westminster, having completed her PhD under the tutorship of Professor Martin Salisbury, who (rather than a representative of Macmillan) did the formal introductions at the launch event. 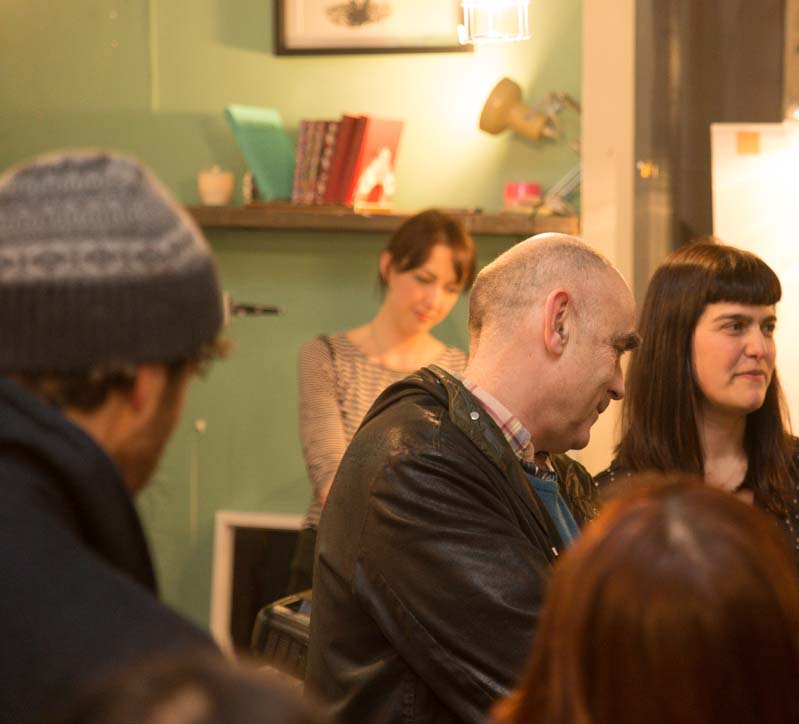 The book grew out of the research Katherina did for her doctorate, “The role of place in children’s picture books”. But as Martin Salisbury observed, there is not a sniff, not a whiff of academia in the vibrant pages of Zoom Zoom Zoom. 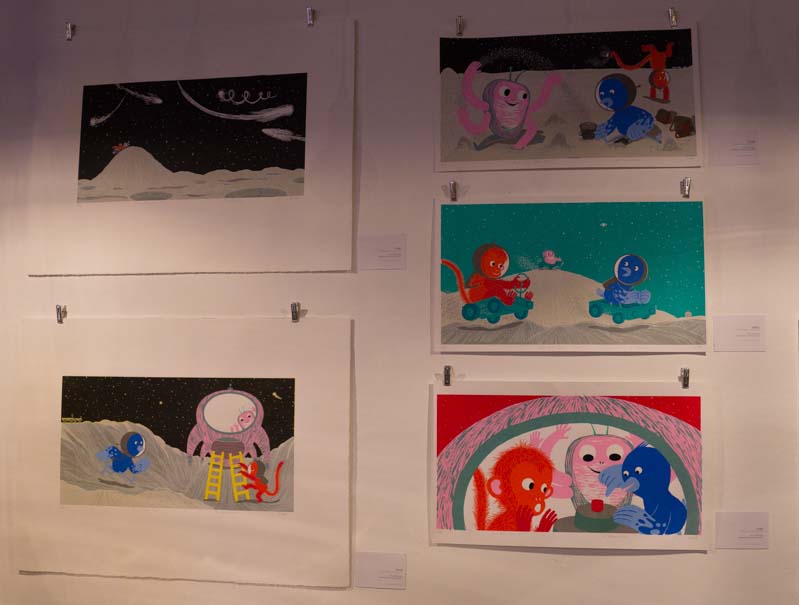 Like all the best picture books for the very young it is built on a simple conceit, given individual interpretation. Taking the popular children’s song, “Zoom, zoom, zoom/Take me to the moon” as her starting point, Manolessou has produced a hugely appealing ready-for-bedtime picture book, that manages to be both stimulating and calming. 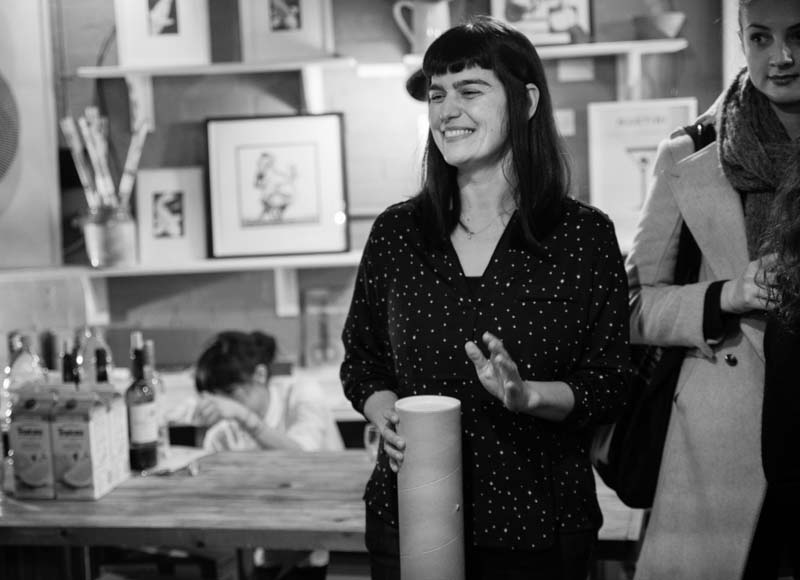 Using slides from her sketchbooks, she showed how early drawings of her son eventually morphed into drawings of a monkey character, and described one of the incidents that prompted this transformation. 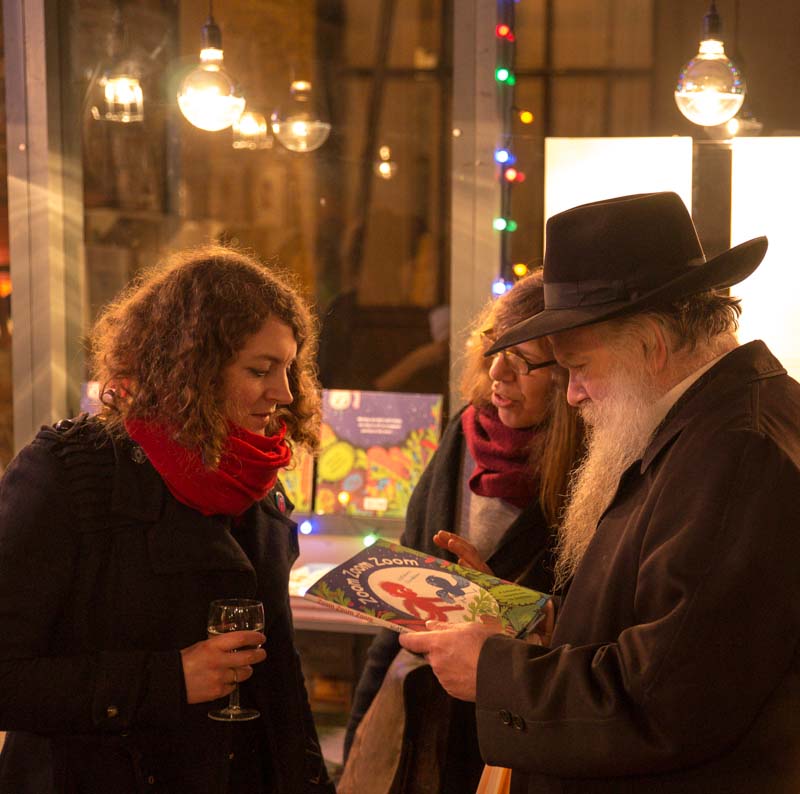 On having his hair cut for the first time, her son picked up the tufts of shorn hair and tried to place them back on his head, not liking to be shorn. So her drawing sprouted full body hair and took on the character that can now be found in the pages of Zoom Zoom Zoom. 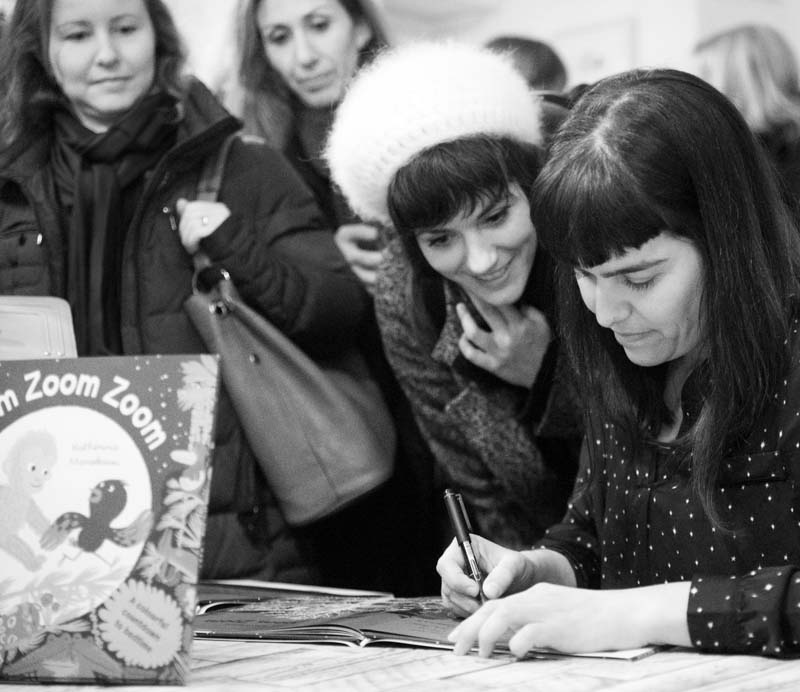 Several people I spoke to at the event talked about Katherina’s Monkeypants image, originally a limited edition screenprint, but since licensed to appear in Myrto Kontova’s popular column in Athens Voice (Greece), on an AOI Images’ call for entries poster and elsewhere. I can see why, once seen, it sticks in everyone’s minds! 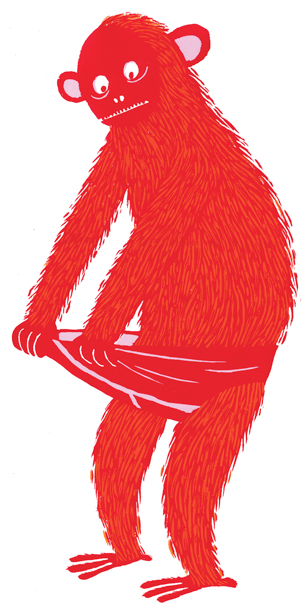 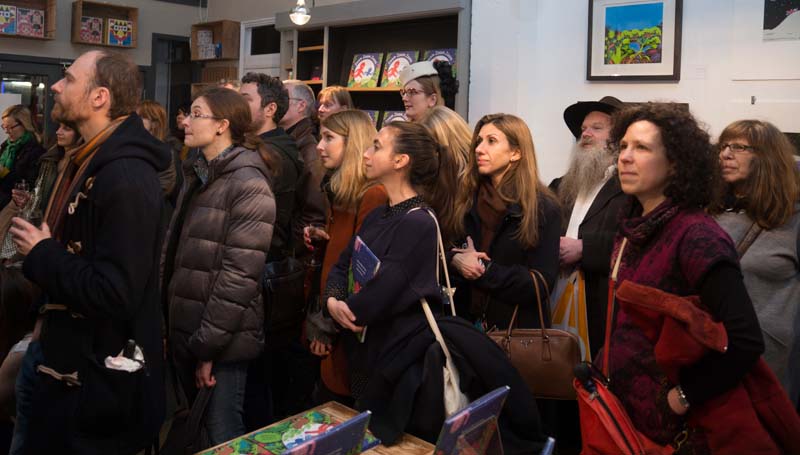 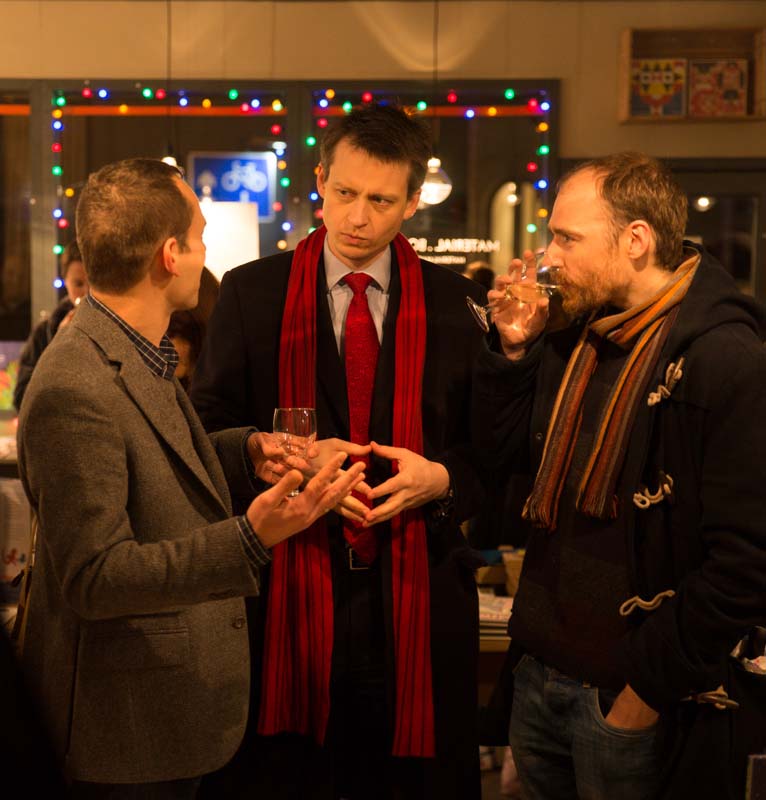 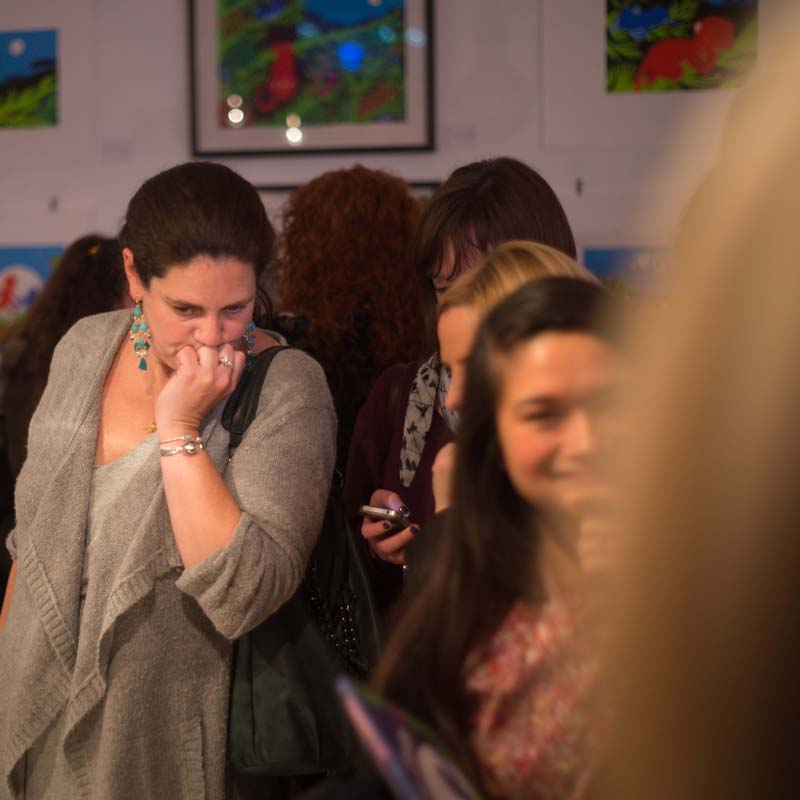 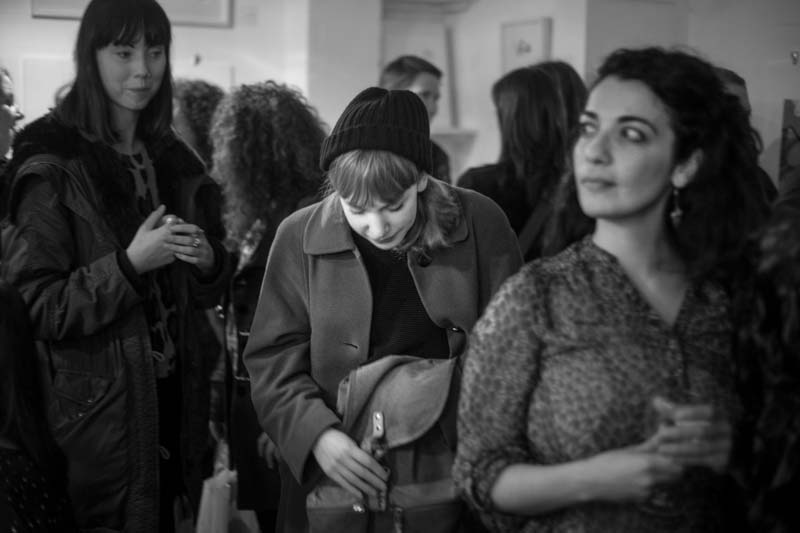 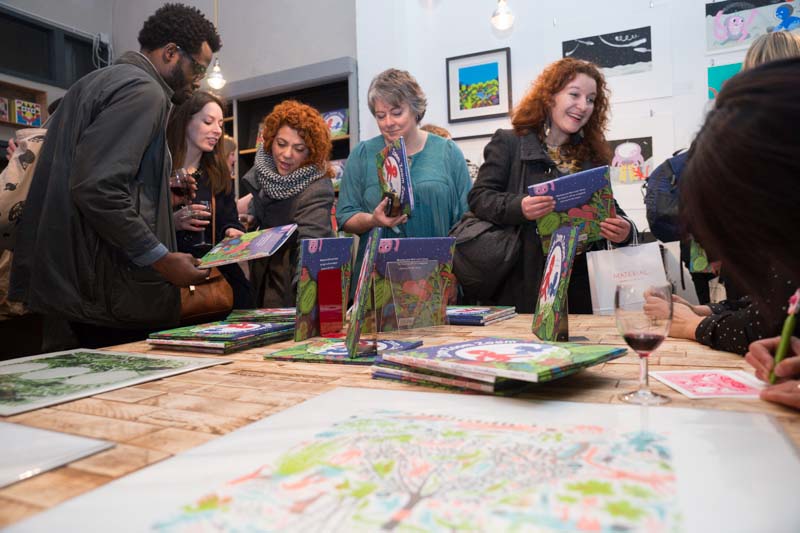 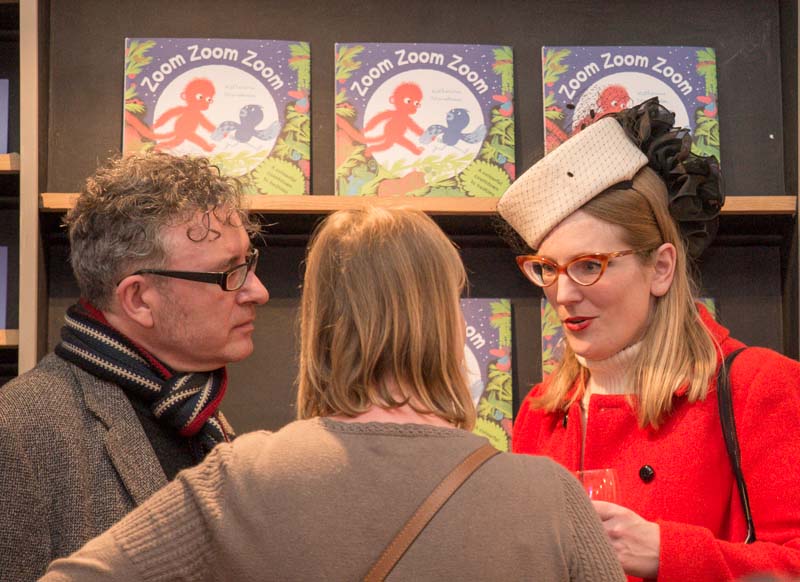 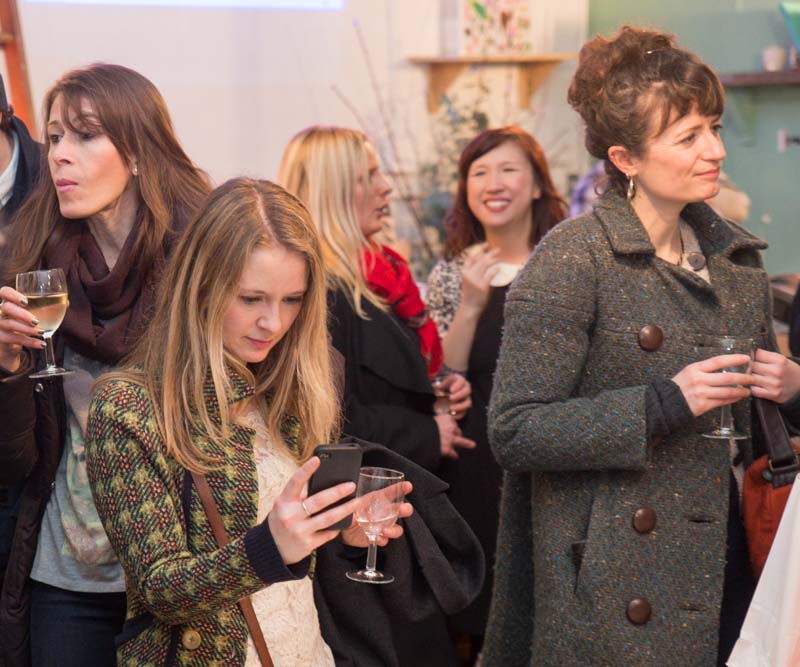 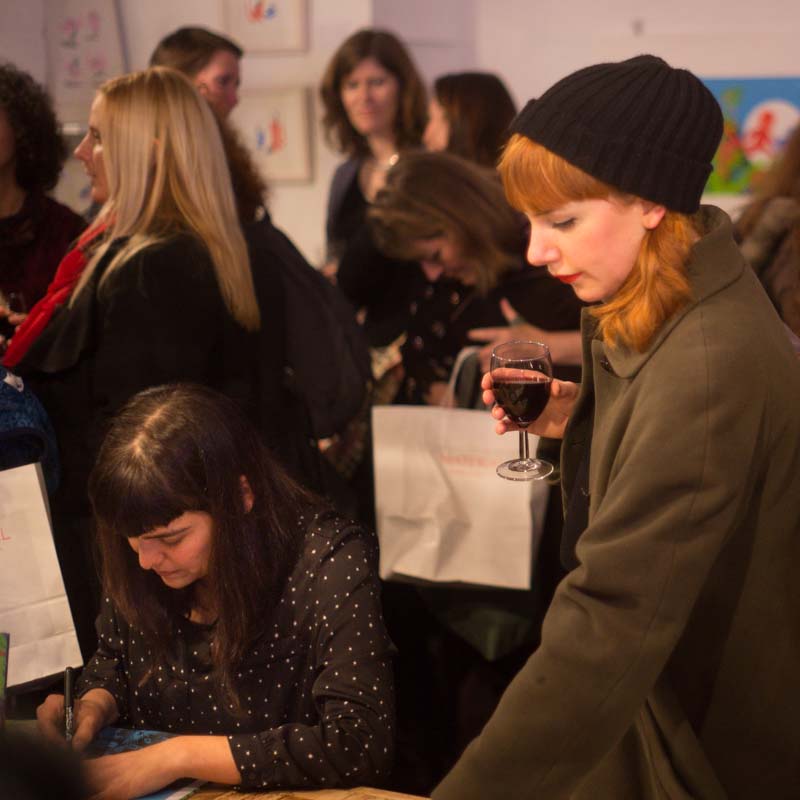 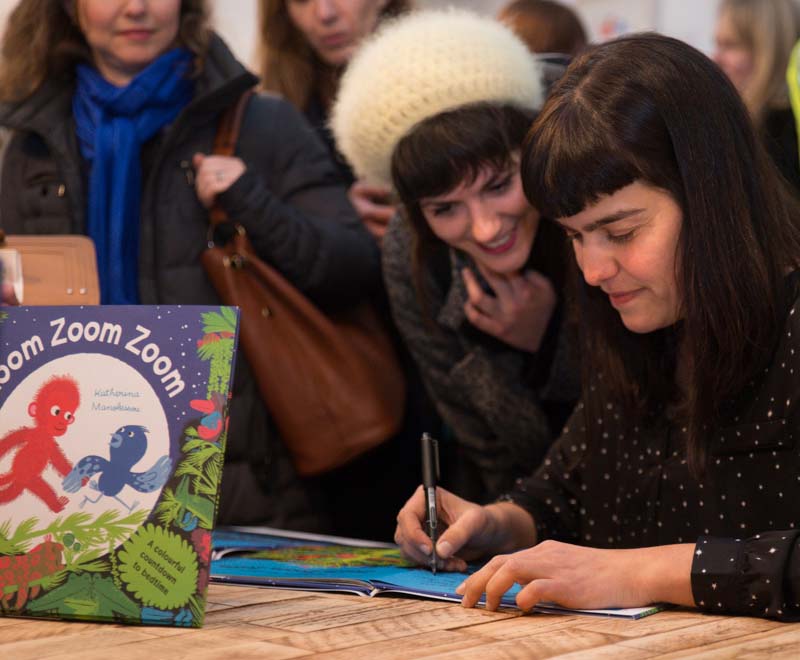