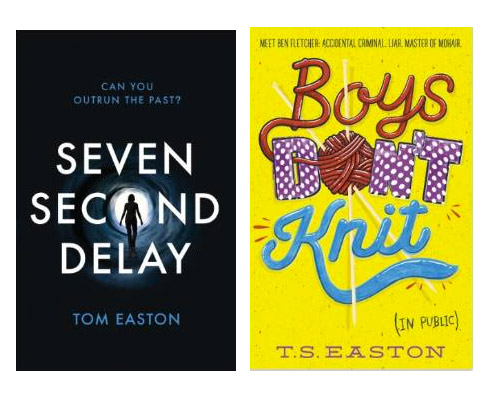 Two very different books from the same author, both published this year, one by Andersen Press, the other by Hot Key.

Seven Second Delay – described as “a blood pumping thrill ride” by one Amazon reviewer – and as a “Tense dystopian thriller” by School Librarian – has a striking, predominantly matt black cover design.

Boys Don’t Knit, as the very different cover evokes, is a diary format comedy. (There is already a sequel)