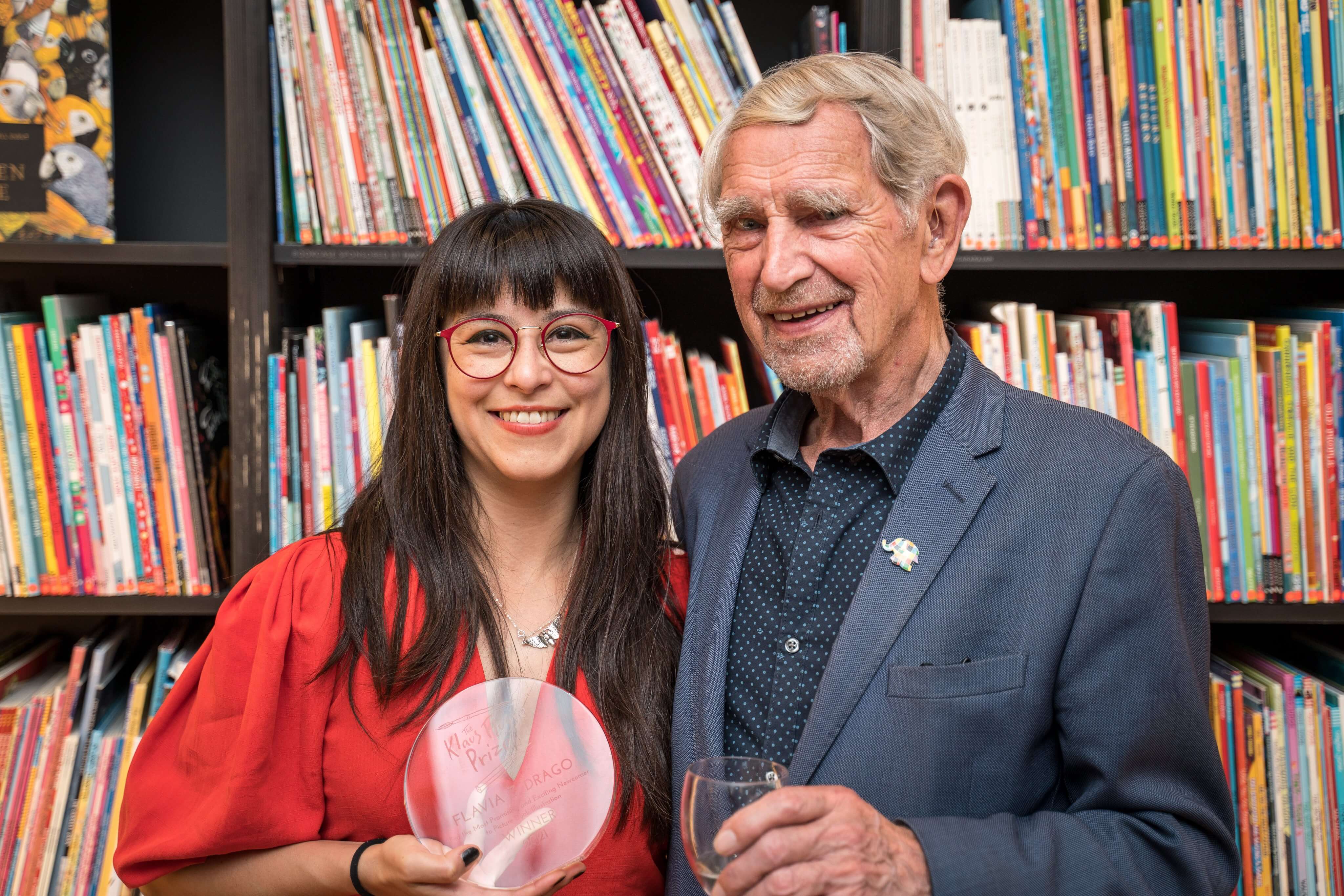 Things are going well for Flavia Z. Drago. A week ago she discovered her book Gustavo The Shy Ghost was No. 1 on the New York Times Children’s Bestseller list and now she has won the UK’s 2021 Klaus Flugge Prize for the most exciting and promising newcomer to children’s picture book illustration.  Gustavo the Shy Ghost (Walker Books) is about a little ghost who, despite being so shy he is invisible to the other monsters, eventually finds a way to make friends.

Gustavo The Shy Ghost is just out in paperback but ACHUKA thinks picture books are always best in hardback. 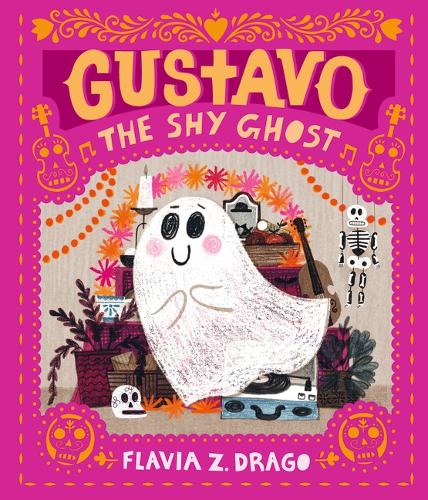 Flavia was born and raised in Mexico City and her book takes inspiration from her favourite Mexican tradition, The Day of the Dead celebrations, particularly in its bright pink and orange palette. Sharp-eyed readers will spot references to other influences on Flavia, including horror films and books, and The Smiths.

She says that she sees herself in little Gustavo. “When I started work on the book, I didn’t notice how much I had in common with Gustavo, but as I got to understand him, I realised that telling this story was important for me because I wanted to show that being shy doesn’t mean that you don’t enjoy the company of people – or in this case, monsters! – it just means that you find it difficult to connect with others. Some of the things that happen to Gustavo are based on my own experiences. When I was in kindergarten – just like Gustavo – I sat by myself during lunch breaks, watching children play while being amazed by the fact that they seemed to be completely happy to talk and play with each other. The main difference between Gustavo and me, is that, sadly I cannot do the ghostly things like walking through walls, making objects fly, glowing in the dark or playing the violin. However, drawing became a way in which I could connect with others. In a sense our love for art has been the thing helping us both to connect with others.”

The  judges loved the balance of fun and fright in the book, and admired Flavia’s superb control of pace and the composition of her illustrations. The winner of the 2020 prize, Eva Eland said: “There is so much to admire and enjoy in Flavia’s book. From the carefully selected colour palette of muted tones combined with bright orange and pink, to the myriad little details in the illustrations and her endearing and fun characters. Flavia has great control of many different facets of illustration and storytelling, including pacing, colour and a strong sense of design. She also has great drawing skills. She delivers a powerful and universal story, whilst maintaining a light-heartedness and a playful touch that will speak to many little children.” Fellow judge, Posy Simmonds summed up, “I love Gustavo, the Shy Ghost: it’s fresh, witty, well-paced and a visual treat.”

ACHUKA loves it too and we cannot wait for Flavia’s next picture book.
Check out this recent Meet An Illustrator feature:
https://www.achuka.co.uk/blog/meet-an-illustrator-28-flavia-z-drago/ 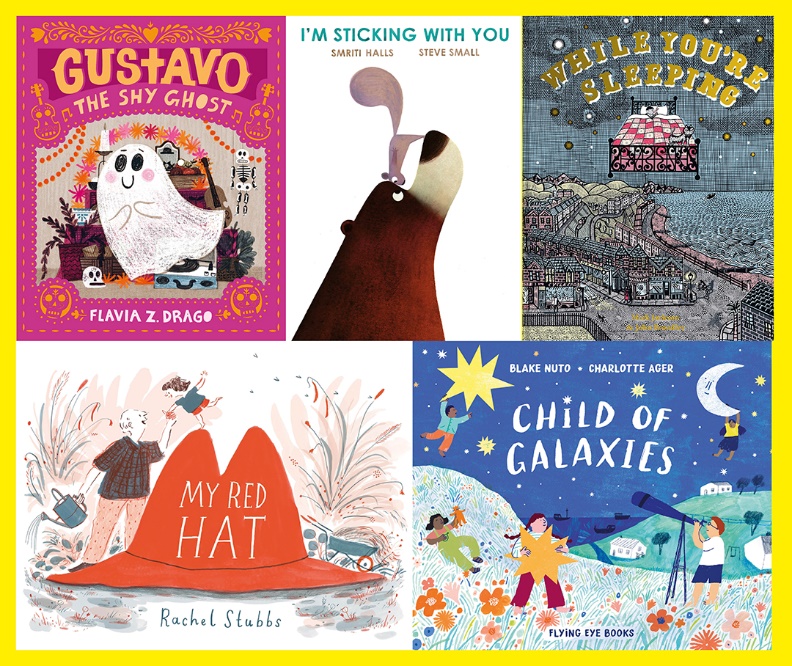 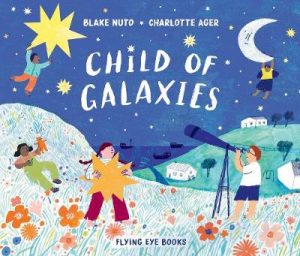 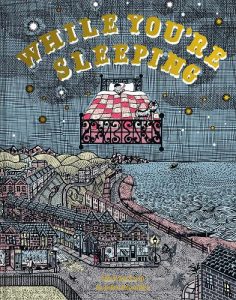 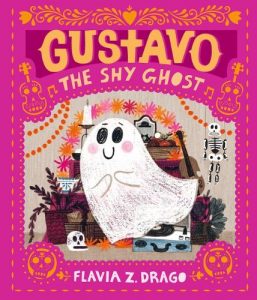 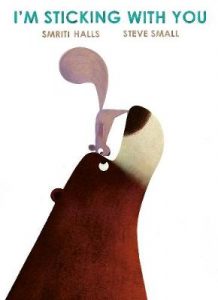 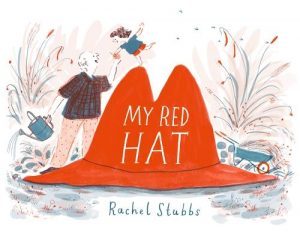 Charlotte Ager graduated from Kingston University with a BA in Illustration Animation in 2017. She is drawn to the poetry in everyday experience and the ways in which people can create narrative in spaces, both real and imagined. She loves that drawing has the ability to be moving and soft but also utterly silly. Originally from the Isle of Wight, she now lives in London.
https://www.instagram.com/charlotte.ager/

John Broadley has been active in illustration and small press publishing since the mid 1990s. He works mostly in pen and ink and collage. His work has recently been used to decorate the interiors, menus and branding for Quo Vadis restaurant Soho. He has designed a range of packaging and ceramics for the Fine Cheese Company and also wine labels for Gabb Family, Berry Bros & Rudd, and Fortnum & Mason. John has illustrated several food and historically themed books, as well as many magazines.
https://www.instagram.com/john.broadley.77/

Flavia Z. Drago was born and raised in Mexico City. As a child, she wanted to be a mermaid. When that didn’t happen, she began her career as a graphic designer and a children’s book illustrator. She has an MA in Children’s Book Illustration from Cambridge School of Art and was shortlisted for the 2018 Sebastian Walker Award. She loves colours, textures, and shapes and enjoys creating them with different materials and a bit of digital sorcery. She lives between the UK and Mexico.
https://www.instagram.com/flavia_zdrago/

Steve Small has worked in animation for over thirty years as a director, designer, and animator and was BAFTA nominated for his animated sequences for the BBC drama Black Earth Rising. The work has varied from working on Disney features to designing and directing shorts, TV series, and commercials and he created the hugely successful Mr Bean animated series. Steve lives in London.
https://www.instagram.com/stevesmalluk/

Rachel Stubbs is a London-based illustrator who loves observing human behaviour and interaction. After studying illustration in Falmouth, Cornwall, she went on to work as a freelance illustrator before joining the Cambridge MA in children’s picture books to refresh her creative practice. Here she rediscovered the joy of drawing from life in her sketchbook, which has now become the foundation of all her work. Upon graduating from the MA, Rachel was awarded the Sebastian Walker Award for Illustration.
https://www.instagram.com/rachelstubbs_/