What an interesting report this is!

Coverage in the media yesterday made much of the fact that classic fantasy (Tolkien) has fallen out of favour amongst older readers and been displaced by ‘dark dystopia’.
But far more compelling is the data that shows how, in general, this demographic is not being challenged by their reading choices. 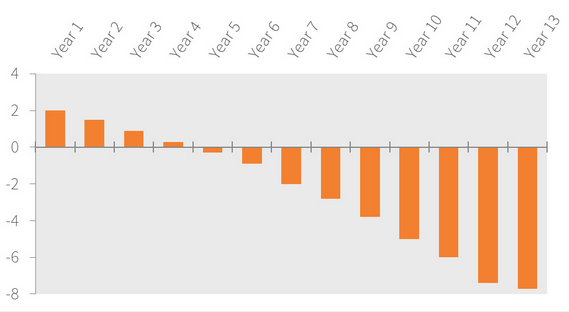 In her analysis of the report, The Guardian’s Alison Flood pointed out:

Apart from Julia Donaldson’s The Gruffalo, in 17th place, every single title in primary-school children’s most-read list was by a male author, while in secondary schools, two Hunger Games titles by Collins, in fourth and 12th place, were the only books by female writers.

The report, which is produced annually, is written by Keith Topping, Professor of Education at Dundee University, and is published by Renaissance Learning, one of whose products is Accelerated Reader.