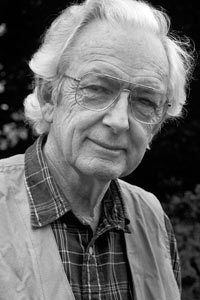 The American photographer Wayne Miller, who has died aged 94, once said his mission was “to photograph mankind and explain man to man”. To this end, he created memorable images of American soldiers in combat during the second world war, the devastation of Hiroshima just after the detonation of the atom bomb, and the black community in the south side of Chicago in the 1940s.

Miller was also a key figure in establishing photojournalism as an important medium, co-curating the monumental Family of Man exhibition with the photographer Edward Steichen in 1955. With subjects grouped thematically under headings such as love, death and children, the show included 503 images taken by 273 photographers across the world. After opening at the Museum of Modern Art in New York, it toured for eight years, drawing huge crowds. Meanwhile, Miller served as president of both the American Society of Magazine Photographers and of Magnum Photos, from 1962 until 1968.

via Wayne Miller obituary | Art and design | The Guardian.