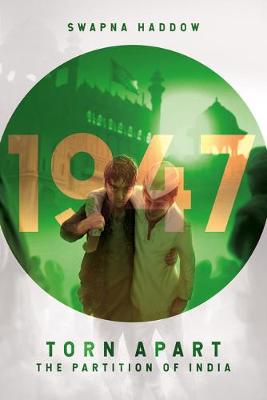 “This book tells an important story in an accessible way, describing a key event in world history with which many children in UK will have direct family links. It may lead to a broader look at the impact of British Imperialism and its aftermath and could also lead to consideration of the ways people with different backgrounds and beliefs still have much in common.” BfK 5 Star review

It’s October 1947 and two young boys find themselves thrown together during the dramatic changes of Partition. As the new India and Pakistan are born, can the friendship between them rise above the tensions between the two countries? When the British announced they would be leaving India, a feeling of hope bubbled up in towns and villages across the country – they would be free to rule themselves at last! But deciding to split the country in two – Partition – would soon mean so much more.

An exhilarating account of the largest movement of people in history, seen from both sides.

So proud my debut historical fiction is making its way into the world 💚
Thank you to @twodots_studio & @jgregorydesign for this stunning cover and to #CharlieWilson, @GolightlyEliza, @AitchLove, @FelicityTrew for your endless support. Out 5 Aug from your local indie bookshop 📚 pic.twitter.com/ZGkd6BTRqX