You are here: Home / BookOfTheDay / The Fairy Tellers: A Journey into the Secret History of Fairy Tales by Nicholas Jubber 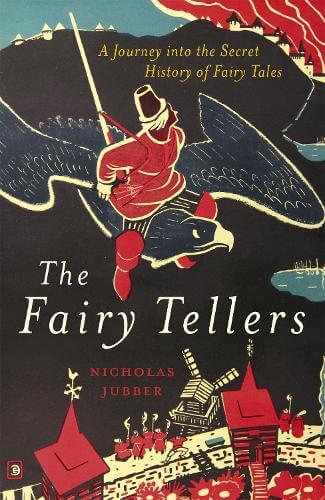 “Nicholas Jubber’s The Fairy Tellers is billed as “A Journey into the Secret History of Fairy Tales”. It focuses on half a dozen identifiable individuals who gave us most of the well-known stories. There’s the Neapolitan Gianbattista Basile, who wrote the first western European version of Cinderella in the early 17th century; Gabrielle-Suzanne Barbot de Villeneuve, who wrote Beauty and the Beast in the mid-18th century; Hanna Dyab, the Syrian Maronite from Aleppo who brought Ali Baba and Aladdin to the attention of the French earlier that century; Dortchen Wild, who gave the Grimm brothers Rumpelstiltskin and Hansel and Gretel; Ivan Khudiakov in the 19th century with his story of Baba Yaga; the elusive, unfamiliar Indian storyteller Somadeva from the 11th century; and our old friend, Hans Christian Andersen.” The Times

In this far-ranging quest, award-winning author Nicholas Jubber unearths the lives of the dreamers who made our most beloved fairy tales: inventors, thieves, rebels and forgotten geniuses who gave us classic tales such as ‘Cinderella’, ‘Hansel and Gretel’, ‘Beauty and the Beast’ and ‘Baba Yaga’. From the Middle Ages to the birth of modern children’s literature, they include a German apothecary’s daughter, a Syrian youth running away from a career in the souk and a Russian dissident embroiled in a plot to kill the tsar.
Following these and other unlikely protagonists, we travel from the steaming cities of Italy and the Levant, under the dark branches of the Black Forest, deep into the tundra of Siberia and across the snowy fells of Lapland. In the process, we discover a fresh perspective on some of our most frequently told stories. Filled with adventure, tragedy and real-world magic, this bewitching book uncovers the stranger lives behind the strangest of tales.