You are here: Home / Uncategorized / The Blackthorn Branch by Elen Caldecott 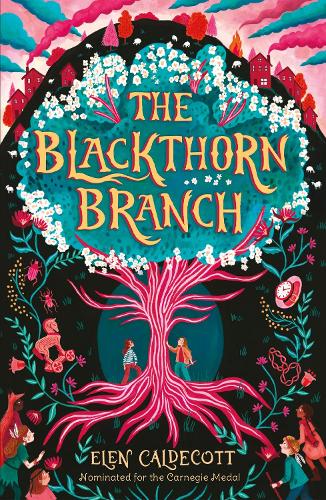 Cassie’s older brother Byron has fallen in with the wrong crowd — it’s soon clear these boys are wild, reckless and not human at all. They are tylwyth teg – Fair Folk, who tempt humans down into the dark places of the world. And Byron is tempted.

When he goes missing, Cassie and her cousin, Sian, follow his trail to an old abandoned railway tunnel which goes down and down into Annwn, the underworld. Here they find that the tylwyth teg are restless — and angry. Their leader, Gwenhidw, wants to protect Annwn from the damage humans are doing to the world. Byron is part of her plan. But Cassie won’t let her big brother be part of anyone’s plan. Can she rescue her brother before it is too late?