You are here: Home / BookOfTheDay / The Art of Alice and Martin Provensen 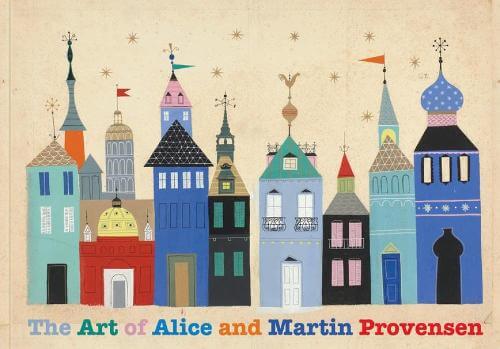 “It feels rescued from a fairy tale sea or an enchanted castle flooded by a spell. Its contents include never-before-seen paintings that look as if they too had dodged if not ruin then being forgotten — as well as family photos, sketchbooks, memorabilia, speeches and personal appreciations that document the life and work of a couple whom you might think you don’t know. But you do.” New York Times

The first-ever monograph on a midcentury husband-and-wife illustration team who created more than 40 beloved children’s books over the span of seven decades, many of which appeared on the New York Times Best Illustrated Books of the Year lists. From early favourites  such as The Color Kittens by Margaret Wise Brown (1949) to their Caldecott-winning title The Glorious Flight: Across the Channel with Louis Bleriot (1983), the Provensens’ books inspired generations of young readers. Original paintings for their beloved classics such as A Child’s Garden of Verses (1951), The Iliad and the Odyssey (1959), Myths and Legends (1960) and many others, are beautifully reproduced and included here.

This comprehensive volume showcases hundreds of their well-known illustrations, as well as many never-before-seen paintings, drawings, and exquisite sketchbooks from their travels around the world. An interview with their daughter Karen Provensen Mitchell illuminates their life and career and includes many personal photographs, quotes, speeches, and memorabilia from their archive. An introduction by Leonard S. Marcus, a leading historian in children’s literature, underscores the Provensen’s importance and influence as illustrators and authors. Additionally, noted publisher and close family friend Robert Gottlieb, provides a personal essay that shares many of his memories with this cherished couple.

See also The Provensen Book of Fairy Tales, an ACHUKA Book of the Day in November 2021. 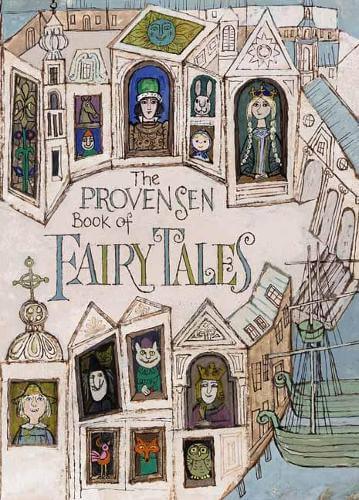