You are here: Home / Archives for wordless 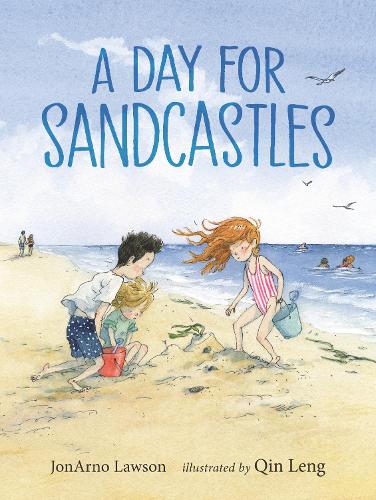 “Leng offers details that create an authentic setting and narrative while leaving room for child viewers to interpret the characters’ relationships to one another as they will. There’s a corresponding generosity in the rich array of people who surround the children, each involved in their own activities—­sunbathing, picnicking, running, playing.” Horn Book

The creators of  Over the Shop — an ACHUKA Book of the Year in 2021 — evoke a perfect summer beach day in a wordless, sun-warmed, salt-stained delight of a story.

A busload of beachgoers spills out onto the sand for a day of fun and frolic. Three siblings begin work on a castle, patting and shaping the sand as the sun arcs over the sky. Time and again, their progress is halted: a windswept hat topples their creation; a toddler ambles through it; the tide creeps close, and then too close. Meeting each demolition with fresh determination, the builders outdo themselves time and again, until the moment arrives to pile back into the bus for home. An authentic portrait of sibling cooperation and aglorious inspiration for creative people of all ages. 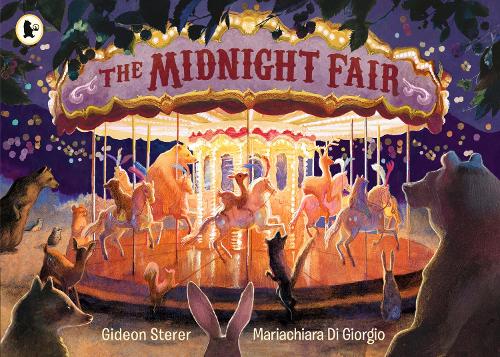 “A witty, wordless escapade. Di Giorgio perfectly captures the dizzy, bright joy of being at the funfair, exquisitely portrayed through the animals’ movement and expressions: a remarkable feat in and of itself. Children will love to return to the evening’s dreamy sense of mystery and fun, and enjoy spotting recurring animals and humorous moments that occur throughout.” BfK 5-star review
“This book is an utter joy. One of those titles that lives up to, and then proceeds to exceed, the hype. Heck, I’ll say it. One of the best wordless books I’ve ever read. Full stop. Period.” Betsy Bird

A spectacular, surreal and cinematic wordless picture book about the secret life of animals.

Far from the city, but not quite in the countryside, lies a fairground. When night falls, and the fair is empty, something unexpected happens. Wild animals emerge from the trees, a brave raccoon pulls a lever, and the rollercoasters and rides explode back into bright, neon life. Now it’s time for the woodland creatures to have some fun…

This is the paperback edition. The hardback (currently unavailable) was published in 2020. 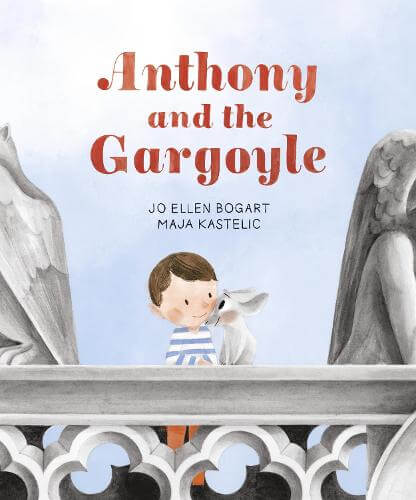 “Kastelic’s muted watercolor panels, reminiscent of the work of Carson Ellis, paint a full picture of these two loving families and the venerated French capital. No one could have a heart of stone reading this one.” KIRKUS
“Highly recommended.” CM: Canadian Review of Materials

Anthony wakes up one morning to find his favorite rock has cracked open – and it’s hollow! He discovers a strange-looking hatchling inside, and the two become fast friends. When Anthony asks his mother where the rock came from, she shows him photos from their trip to Paris, including of Notre-Dame cathedral, with its familiar-looking forms perched on top. Could Anthony’s new friend be a gargoyle?

This magical wordless story is brought to life in stunning, silent, hand-painted panels, and is a touching tale of true friendship and letting go.

For anyone who wonders, like me, how an author and an illustrator collaborate on a wordless book, here is a fascinating conversation between the two creators of this title on Open Book:
Author & Illustrator Team Jo Ellen Bogart and Maja Kastelic Launch Our New KidLit Convos Series of Chats Between Literary Co-Creators

Maja Kastelic received a BA in painting from the University of Ljubljana’s Academy of Fine Arts and Design and studied philosophy and theory of visual culture at the University of Primorska. She restored frescoes before becoming a children’s book author and illustrator.
Follow Maja on Instagram: 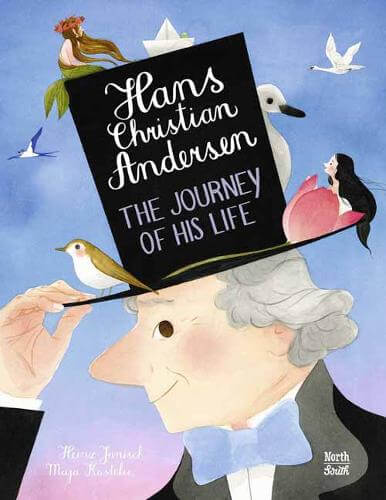 Hans Christian Andersen: The Journey of his Life 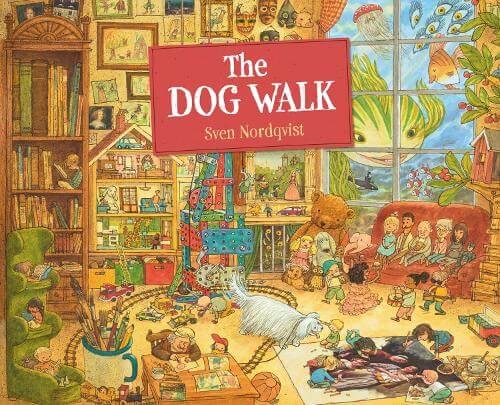 “Amusement abounds in the mixture of modern and historical aesthetic elements, Alice in Wonderland variety in proportions of the fantastical beasts and people, and tiny, expressive faces. The perfect choice for a rainy day for readers and nonreaders alike.” KIRKUS
“The ink, watercolor, and acrylic drawings have the genteel elegance and wide-ranging imagination of classic fairy tale illustration and will reward multiple readings.” Publishers Weekly

A wordless picture book to pore over.

This is a dog walk like no other, through amazing fairy-tale worlds, paintings come to life, Escher-esque castles, an intricately cluttered antique shop, and past countless delights: walking teapots, miniature steamboats, giant hedgehogs and islands with sails. Told simply entirely in weird, whimsical and often hilarious illustrations by Swedish children’s illustrator Sven Nordqvist. 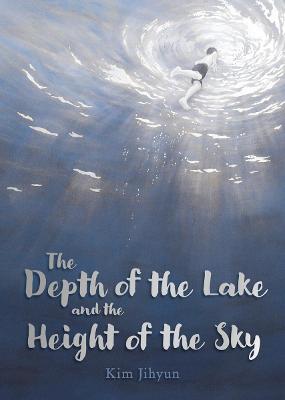 It’s summertime and a boy and his dog are leaving behind their apartment in the busy city. His grandparents’ home in the countryside feels like a different world. From the window, the curious boy sees a path leading enticingly into the forest. He can’t wait to explore. At each bend in the trail the boy discovers more wonders of the surrounding natural world, from towering trees to a still, silent lake. He can’t resist diving down, down into the cool water and greeting the fish below. Then later, when boy and dog have been warmed by the gentle sunshine, they wander back, contentedly, to their family. But before they go to sleep, nature gives them one last dazzling show: they look up, up to a night sky awash with stars.

Without a word, The Depth of the Lake and the Height of the Sky tells the heartfelt and uplifting story of a child’s independent discovery of the natural world. Kim Jihyun cleverly captures excitement, wonder and joy in intricate illustrations using a deceptively simple colour palate. 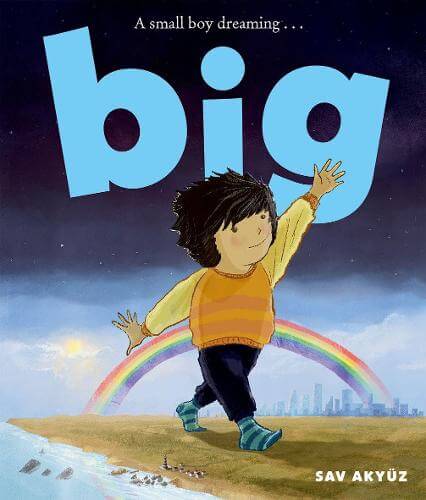 “The illustrations, big and bold and taken from different angles, are highly expressive, and small children will recognise and share the desire to be big and also the fact that older siblings can be a pain!” BfK 5 star review

A small boy is seen from above, straining to reach the cookie jar while his older brother leans against the kitchen surface and laughs. Then he is outside on his tiny balance bike watching big brother and a friend do wheelies on their mountain bikes. He fails the height test for a funfair ride—his brother grins and gives him a run-along-son sign. He doesn’t stand a chance playing piggy-in-the middle and when he’s carried up to bed his brother, sitting in front of the TV with a carton of pop-corn on his lap, turns and thumbs his nose. All of this is conveyed entirely visually in this largely wordless picture book.

In the night the boy dreams of being big at last. He’s big enough to reach the cookie jar, to ride a mountain bike and go on the Big Dipper ride. He can twirl a basketball on the tip of his finger and raise it far above his brother’s reach. He loves being big so much he gets bigger and bigger—galloping with wild horses, jumping above skyscrapers, hanging on a rainbow, reaching for the stars…

Until… being BIG doesn’t seem such fun. He’s floating in space and the earth seems so small.

The creator of this picture books wrote on Instagram on the day BIG was published, “I came from a household where my parents had strict ideas about what I should do with my life. When I told them I wanted to go to art school, and then film school, they were not happy (that’s putting it mildly). All sorts of consequences were mentioned (again, putting it mildly). It wasn’t easy navigating the subsequent years, the pressure to live up to my anti-establishment choices and being unable to get regular work. When my dreams were not being fulfilled, I started to hear the same lines again…  ‘Get a proper job, stop messing about with all this art stuff, you’re not earning a living’. It wasn’t easy to hear nor to stop the self doubt from creeping in. The only thing that kept me going was my self belief and my dream – to create stories with pictures, still or moving. Today, my new book, ‘BIG’, is published. My first as Author and Illustrator. It’s the story of a small boy with a big dream.” 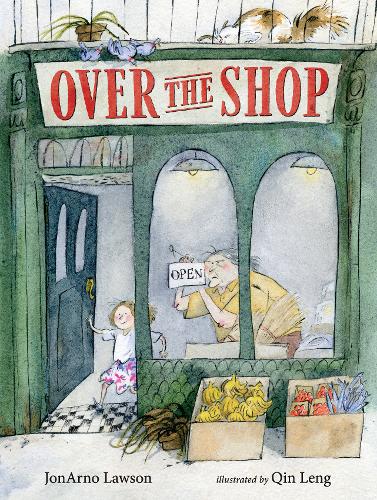 “A wordless, singing infusion of love and energy into a home.” KIRKUS

In this bustling wordless picture book, JonArno Lawson’s touching story and Qin Leng’s gentle illustrations capture all angles of the building’s transformation, as well as the evolving perspectives of the girl and her grandparent. A wordless picture book that celebrates the power of community, the joys of new friends and the magic that happens when you open your heart, and fill your home with love and joy.

A lonely little girl and her grandparent need to fill the run-down apartment in their building. But taking over the rooms above their shop will mean major renovations for the new occupants, and none of the potential renters can envision the possibilities of the space – until one special couple shows up. With their ingenuity, the little girl’s big heart, and heaps of hard work, the desperate fixer-upper begins to change in lovely and surprising ways. 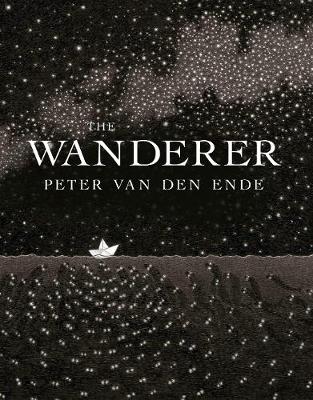 “The technical aspect of the work is mind-boggling, especially the masterly crosshatching. Staring at the images, I couldn’t stop imagining Van den Ende, pen in hand, drawing each line, one after the other, creating work that seems to defy the passage of time, and all known resources of patience and imagination. Imagine Shaun Tan having an aquatic love child with Edward Gorey, from a family tree that includes Tim Burton, Salvador Dalí and Jacques Cousteau, and you’ll begin to get the idea.” Brian Selznick NYT

“A book to get lost in.” GUARDIAN

A little boat sets out to sea and begins its voyage toward home. To get there it must travel across many strange, beautiful oceanscapes, full of fantastic creatures and deadly monsters, swept by terrifying storms and sailed by mysterious ships. Can the Wanderer pick a path through all these perils to a safe harbour? This beautifully illustrated, wordless picturebook is a gateway into a captivating marine fantasy world.

This wordless picture book is a debut children’s title from Duncan Annand, a Cambridge-based architect. While a bluebird builds her nest, two eccentric gentlemen have a more ambitious construction in mind.

The book was published at the end of the summer (2018) and launched at the Edinburgh Book Festival. 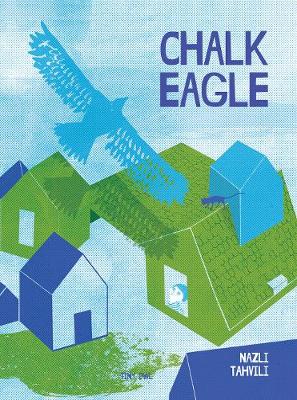 A richly evocative sequence of silkscreen illustrations using a limited palette of green and blue creates a wordless picture book that is a beautifully produced work of art.

“The story of Chalk Eagle is based on a memory of my husband’s childhood. His name is Amin and he loves bird and horses. When he was a child, Amin often drew with chalk on the rooftop of his house. His favourite drawing was a big eagle. He would draw the eagle and look at it from the window of his small room on the roof. Or he would lie on it and spread his arms like the eagle’s wings, and fall asleep with the dream of flying.”
Nazli Tahvili