You are here: Home / Archives for video 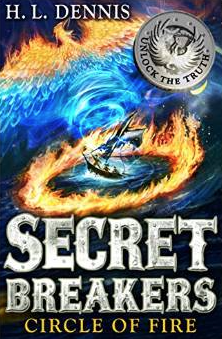 If you’re looking for a fast-paced, page-turning adventure series to hook a young reader aged 9-11, the Secret Breakers series by H. L. Dennis (billed as ‘Da Vinci Code For Kids’) is definitely worth considering.
The sixth and final book in the series, The Circle of Fire, was published in the autumn but all the Hodder-published titles should still be available. 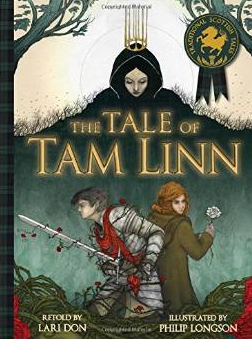 Published in Floris book’s Picture Kelpies: Traditional Tale series, this is a very satisfactory retelling, sumptuously illustrated, handsomely presented and attractively priced. Recommended for all children’s and school libraries but also as an individual gift.

And here is a video showing Philip Longson at work on the illustrations for Tam Linn:

I’m amazed that it must be some six years since I have been able to attend the presentation of the Guardian Children’s Fiction Prize, but it has to be that long because last Thursday was my first visit to the ‘new’ Guardian offices beside the Regents Canal.
What a splendid area of London this is becoming!
Writers have always coveted this prize because the judging panel is made up of fellow authors – this year Frank Cottrell Boyce, Gillian Cross and Katherine Rundell.
Since moving to the new offices the occasion has become much more party-like, especially so since the Children’s Books section of the website has become heavily involved in promoting both the longlist and shortlist, and in running the Young Critics competition. Indeed, a presentation to the winning Young Critics preceded the announcement of the main prize.
This year the shortlist of four books included two by UK authors and two by Americans. When I looked around the gathering and could see no evidence that either American author was attending – which I took as a strong hint the prize would go to one of the two UK authors – I found myself hoping that the winner would be S F Said, for his big sci-fi adventure, Phoenix, if only because it would have been such a significant boost not just for S F Said himself (though we know from the example of Philip Pullman how transforming winning this prize can be) but also for the science fiction genre in general, and a very good thing for heavily illustrated fiction for middle and older readers (the illustrations by Dave McKean are such a significant feature of this book).
The judges must have found it difficult comparing four hugely different books. Let’s, for sake of argument (as I have no insider knowledge of the judges’ deliberations), imagine that it had all come down to a straight choice between The Dark Wild and We Were Liars. How on earth do you make a decision about which is the most deserving book in that scenario? I suppose, although I have some reservations about The Dark Wild (it seems to me it cries out to be illustrated to bring the story fully to life; it also seems somehow odd to award the prize to the middle book in a trilogy), in that case I would also have cast my vote for Torday, conscious that this is a Children’s Fiction Prize, and as fantastic a book as E L Lockart’s is, it is, in my view, a bit of a stretch to call it a children’s book.
I am sure winning the prize will do good things for Piers Torday too, though talking animal fiction is not so in need of a fillip as is sci-fi.
Julia Eccleshare, in her introduction to the presentation, spoke about the longevity of children’s books and the fact that they are very much not here-today-gone-tomorrow; Torday himself, in his acceptance speech, took aim at the Education Secretary’s recent announcement disparaging the study of humanities subjects; and in between, Katherine Rundell, who, in Frank Cottrell Boyce’s absence was the spokesperson for the judges, gave short accounts of the strengths in all the long-listed titles (the video above includes only her words on the shortlisted books).

New character introduced in book 9: a pig, inside a cramped minivan.

via Diary of a Wimpy Kid: The Long Haul (book 9) teaser trailer #1 – YouTube.

I had no idea Tim Bowler posted these monthly YouTube ‘bulletins’.
He has now done nearly 100 of them, each one helpfully bookmark linked to the themes covered.
The simple talk-to-camera connection with his readers is really very admirable indeed.

As reported on Buzzfeed:

This new footage from The Giver, with commentary by Lois Lowry, the book’s author, offers viewers a short look inside the film.
An initial trailer was released a few weeks ago and viewers have been disconcerted by the fact that the trailer was entirely in color rather than black and white as in the novel. However, much to the pleasure of viewers, some of this new footage depicts the utopian (dystopian?) world of The Giver as it is in the novel: colorless.
The Giver stars Jeff Bridges, Meryl Streep, and Brenton Thwaites; the film is slated for theatrical release on August 15, 2014.