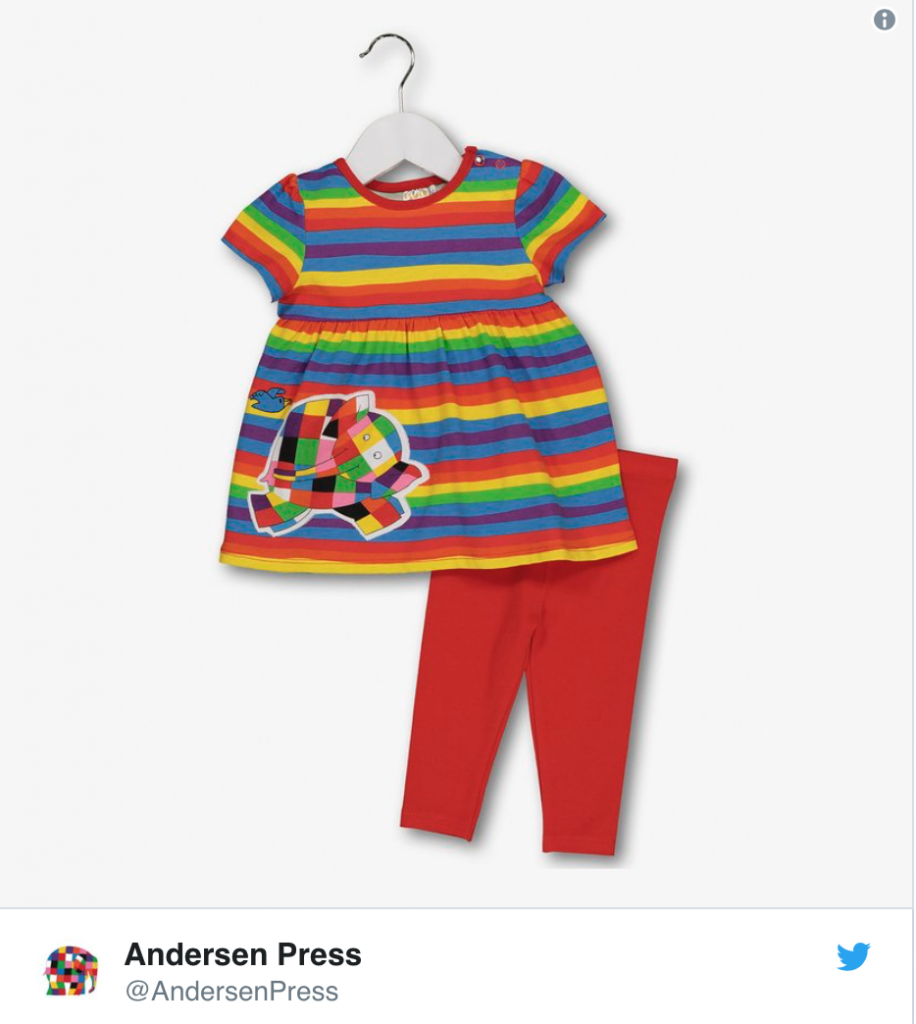 Dress to impress on Elmer Day! These colourful dresses are part of the new range from TU at Sainsbury’s.

John Lewis helps themselves to my picture book. https://t.co/mrVHmalTwh

The Hippo at the End of the Hall is published today! This is the Gee Museum.Come Inside Sometime and meet the inhabitants. #GeeHippo #Museum pic.twitter.com/wC51C5JSrz 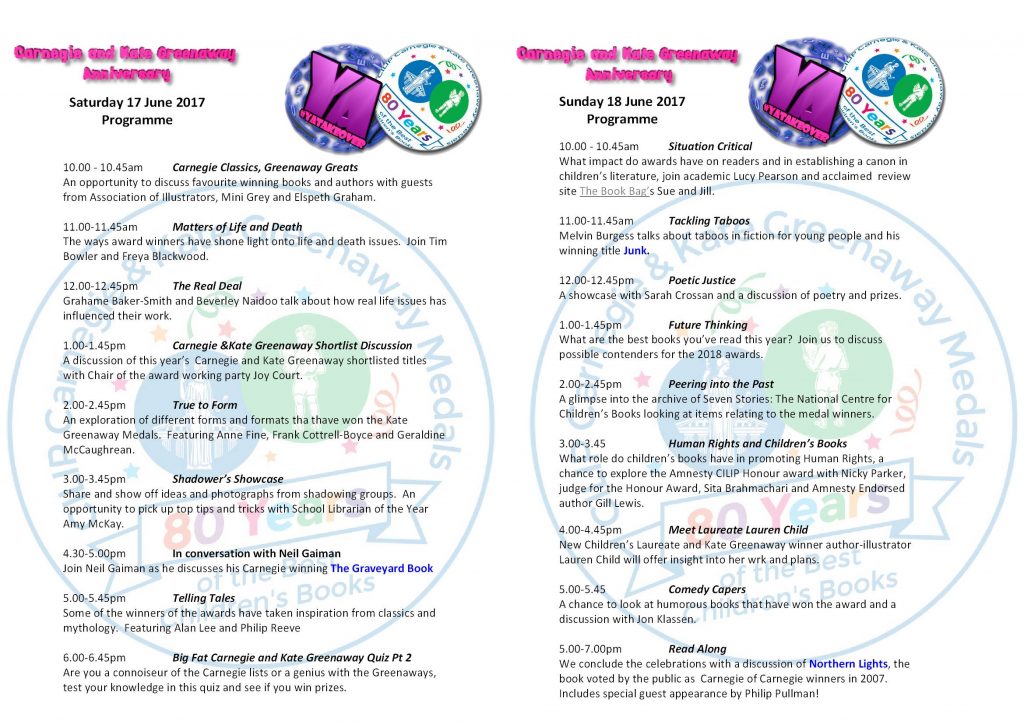 A very special #YATAKEOVER Twitter Festival is taking place this weekend to help celebrate the 80th anniversary of the Carnegie & Greenaway awards. There are discussions taking place throughout Saturday and Sunday – timings for the programme on both days are shown above.
Highlights include a conversation with Neil Gaiman discussing The Graveyard Book; Melin Burgess talking about taboos in fiction; the new laureate Lauren Child talking about her work; a guest appearance by Philip Pullman.

Anyone with an interest in Young Adult fiction, there is a treat in store for you today and tomorrow –  and all you need to take part is an internet connection.
#YATakeover is a book festival celebrating YA, held entirely on Twitter.

It’s a moment. Apparently from nowhere, a Young Adult novel, Girl Online (Penguin, £12.99) by 24-year-old Zoe Sugg, aka Zoella, has shot to the top of the bestseller lists. It shifted 78,109 copies in its first week of publication, making it the fastest selling debut ever, outdoing J K Rowling, Dan Brown and E L James. It seems a cert to head the charts for Christmas.

It’s not from nowhere, though. Zoella already commands audiences other authors can only dream of. She’s the queen of vloggers, the role model of her generation. In her shows, made from her home in Brighton, she talks about clothes, make-up, relationships and her life — and receives substantial advertising revenue for product-placement, for she reaches young consumers on an astonishing scale.

She has 6.3 million subscribers on YouTube and more than 12 million views a month. On Instagram, she has 3.3 million followers and on Twitter (@ZozeeBo) 2.59 million. Taking into account the devotion she inspires in her girl fans the book sales don’t look so remarkable.
…
As for that sales record, it doesn’t tell us anything new about publishing, which has abjectly depended upon spin-off sales from other media for many years. What it tells us about is the dominance of new media over old-fashioned television for Zoella’s generation — they’re “like 70-30 YouTube”, she reckons. She should know. Clever girl.

The Bookseller is itself guilty of some exaggeration in saying the children’s laureate has “quit Twitter”, when her profile is still present and her latest update refers simply to “leaving Twitter for a while” – in other words taking a break.

On Saturday, Sky News ran an interview with Blackman where she spoke about the lack of diversity in children’s books, with an accompanying article.

The story was first published with the headline “Children’s Books ‘Have Too Many White Faces’” leading to several angry comments underneath the article and on Twitter.

Sky News then changed the headline to “Call For More Ethnic Diversity In Kids’ Books” but not before the headline had been reprinted on other news sources.

Zero sleep last night after some quite amazing news which I'm not allowed to share…yet.

Philip Reeve tells Girls Heart Books why he has become a digital hermit during the first part of 2014: