You are here: Home / Archives for tween 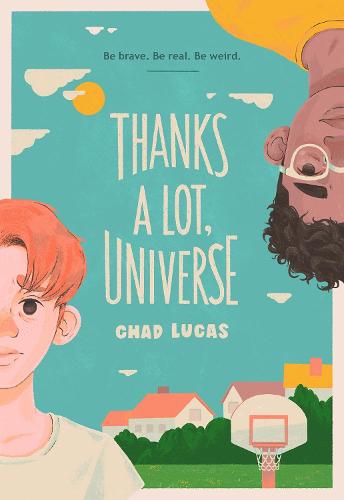 A moving middle-grade debut for anyone who’s ever felt like they don’t belong.

Brian has always been anxious, whether at home, or in class, or on the basketball court. His dad tries to get him to stand up for himself and his mom helps as much as she can, but after he and his brother are placed in foster care, Brian starts having panic attacks. And he doesn’t know if things will ever be “normal” again . . . Ezra’s always been popular. He’s friends with most of the kids on his basketball team–even Brian, who usually keeps to himself. But now, some of his friends have been acting differently, and Brian seems to be pulling away. Ezra wants to help, but he worries if he’s too nice to Brian, his friends will realize that he has a crush on him . . .
But when Brian and his brother run away, Ezra has no choice but to take the leap and reach out. Both boys have to decide if they’re willing to risk sharing parts of themselves they’d rather hide. But if they can be brave, they might just find the best in themselves–and each other.

A response from a young reviewer (contains detailed plot information)

Aimed at tweens and teens, the 13-episode series follows two lifelong best friends who become outsiders during their freshman year of high school. Disney XD’s Paris Berelc (Mighty Med, Lab Rats: Elite Force) will star as Alexa, while her best friend will be played by newcomer Isabel May.

Matthew Carlson (Malcolm in the Middle) will serve as both showrunner and co-executive producer along with Wordham.

The multi-camera comedy format has been gaining traction on the SVOD, thanks to the success of tween- and teen-skewing series Fuller House and Ashton Kutcher-starring The Ranch, which bowed last year. Scholastic’s new tween-targeted book series Upside-Down Magic has been optioned by Disney Channel for an original TV show – ahead of the books’ arrival on US shelves later this month.

The series’ first book, penned by authors Sarah Mlynowski (Whatever After), Lauren Myracle (The Winnie Years) and Emily Jenkins (Toys Trilogy), will be released on September 29. Upside-Down Magic follows the misadventures of Nory, the youngest member of a family of elite magicians, who finds herself relegated to a class for misfits after one too many magical mishaps. There, Nory meets a group of kids with equally wonky powers.