You are here: Home / Archives for transgender 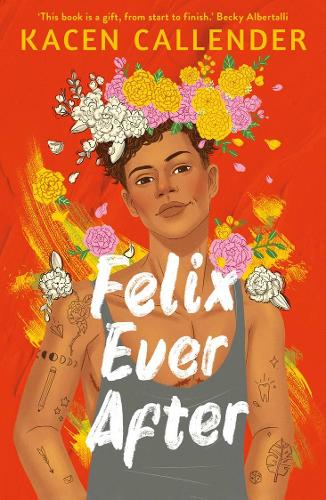 A revelatory YA novel about a transgender teen grappling with identity and self-discovery while falling in love for the first time.

Felix Love has never been in love – and, yes, he’s painfully aware of the irony. He desperately wants to know what it’s like and why it seems so easy for everyone but him to find someone. What’s worse is that, even though he is proud of his identity, Felix also secretly fears that he’s one marginalisation too many – Black, queer and transgender – to ever get his own happily-ever-after.

When an anonymous student begins sending him transphobic messages – after publicly posting Felix’s deadname alongside images of him before he transitioned – Felix comes up with a plan for revenge. What he didn’t count on: his catfish scenario landing him in a quasi-love triangle …

But as he navigates his complicated feelings, Felix begins a journey of questioning and self-discovery that helps redefine his most important relationship: how he feels about himself. Felix Ever After is an honest and layered story about identity, falling in love, and recognising the love you deserve. 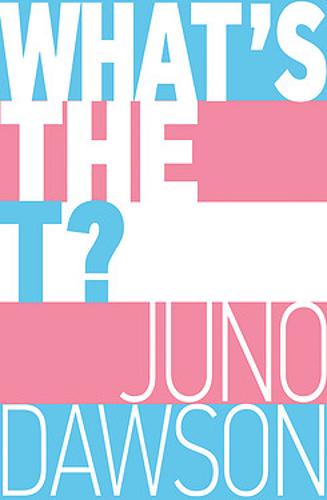 Discover what it means to be a young transgender or non-binary person in the 21st century in this frank  guide for 14+ teens, from the author of This Book is Gay. In What’s the T?, bestselling trans author and former PSHE teacher Juno Dawson defines a myriad of labels and identities and offers uncensored advice on coming out, sex and relationships with her trademark humour and lightness of touch. Juno has also invited her trans and non-binary friends to make contributions, ensuring this inclusive book reflects as many experiences as possible, and features the likes of Travis Alabanza and Jay Hulme.

The companion title to the groundbreaking This Book Is Gay, What’s the T? tackles the complex realities of growing up trans with honesty and humour, and is joyfully illustrated by gender non-conforming artist Soofiya. 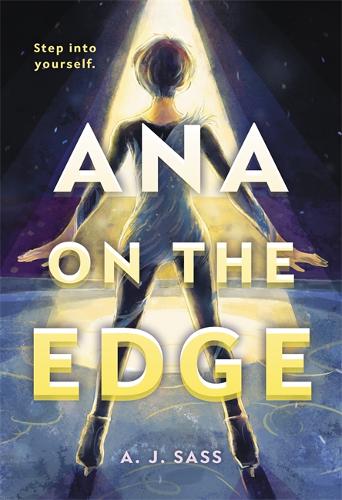 After all those years of hard work and her single Chinese-American mother’s many sacrifices, 12 yr-old Ana-Marie Jin, reigning U.S. Juvenile Figure-Skating Champion, is determined not to let anything spoil her dream of achieving another national title.

But she is far from thrilled to  learn that the new choreographer has designed a skating program that requires her to portray a princess. She’s just not a frilly-dress princess kind of girl!

When  Hayden, a transgender boy new to the rink, mistakes Ana for a boy she decides not to correct him, and soon settles into a comfortable, boyish identity whenever he’s around. As their friendship develops, Ana realises that it’s not easy to juggle two different identities on one slippery sheet of ice and, with a major competition approaching, she must decide whether the truth is worth risking everything they’ve trained for.

The novel provides a behind-the-scenes look into the world of competitive figure skating, while also giving readers a nonbinary protagonist to root and cheer for along the way.

The author comments: “It was an intentional choice to include two trans characters because I wanted to highlight how no two trans experiences are the same. Hayden’s known who he is for a while by the time he and Ana meet, whereas Ana is just starting to explore the layers of her identity. As I touched on in an earlier answer, I think it can sometimes be a revelation to see an aspect of yourself reflected in someone else. That’s what happens when Ana meets Hayden: Hayden’s identity doesn’t match Ana’s precisely, but she recognizes a shared commonality, one that spurs her to dig deeper and learn more about herself.”
extracted from an online interview

“People are going to see this transition,” he says, defiantly. “It’s going to look weird, my hair is going to look awful – there’s no way I can hide that so I might as well talk about it, write about it, and reveal it.” (He’s currently in talks about documenting his transition for Attitude magazine.)

via Internationally Bestselling Author Comes Out As Transgender. 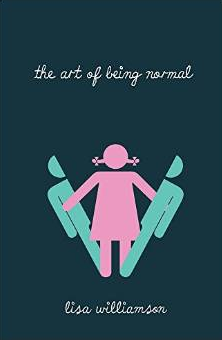 The trouble, when there is a lot of pre-publication excitement surrounding a novel, particularly an issue-driven YA/crossover novel such as The Art Of Being Normal, is that the actual reading can leave you wondering quite what all the fuss is about.
For a long period in the middle third of this dual-narrative story I felt that this was going to be my abiding impression. But the book certainly gathers power towards the end – sufficiently so for me to at least see why there has been such support for the book.

The cover (by Alice Todd) is quite brilliant. It tells us at once that this is the story about a girl struggling to liberate herself from having been born in a masculine body. In that sense we are primed to see David as the main character of the book and the focal point for the transgender theme.

It is initially a surprise therefore when Leo, the other narrator and a new arrival at the school, receives equal if not more favourable narrative attention. Eventually a significant twist is revealed which explains this equal weighting, but not before the tenor of the novel has become well-nigh indistinguishable from any YA book about secondary school life in which a loner is bullied for being different, and wild rumours are spread concerning a new student.

Williamson’s writing was rather too flat and even-toned to engage me emotionally, but I have to accept that other readers have been emotionally engaged by the characters in ways that I was not. Even in the comparatively powerful climax to the book her writing is very reliant on heavy hints from dialogue to convey the tenor of a situation. “I feel like I’m in an incredibly low-rent music video,” one character says, as a way of telling the reader how to receive the scene. Elsewhere, and again in this best section of the book, the narrating character tells us twice that the scene is “surreal’. Great writing conveys these ambiences without them having to be spelt out in this way.

Readers of my reviews will know that I always tend to have a problem with dual narrative novels. I find my engagement is split and dissipated. David’s family and home life are more successfully rendered than Leo’s. There is a class and background distinction between the families which is signalled with broadbrush cliches: Leo’s mum goes to Bingo and keeps housekeeping money in a tin.

As for the transgender theme and predicament, everything pans out quite wonderfully in the end. In fact, if the book is ever made into a film I would wager that the screenwriter will need to wheedle in a good amount of edginess to counter the sugary-sweet tone of the Christmastime climax.

A YA Transparent, the quite brilliant black-humoured TV film created by Jill Solloway, this is not.

via The Art Of Being Normal.

The Art of Being Normal by Lisa Williamson, reviewed by Linda Buckley-Archer 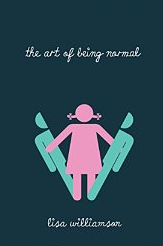 David and Leo’s increasingly interlocking stories are told in the present tense, in alternating first-person narratives. Williamson has a great ear for dialogue and the technique works well, though it might have worked even better if the teen voices were a little easier to distinguish. The novel powers along to a feelgood ending that should please all but the most unsentimental reader. Teen fictions that explores transgender issues are thin on the ground. Williamson’s memorable and thought‑provoking depiction of a girl trapped in a teenage boy’s body deserves to make its mark.

via The Art of Being Normal by Lisa Williamson – an engaging portrait of a transgender teen | Books | The Guardian.