You are here: Home / Archives for Tourette’s 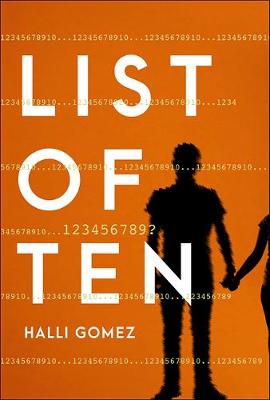 “An authentic and compassionate look at the ups and downs of teenage life and living with Tourette syndrome.” KIRKUS

A harrowing yet hopeful account of a teen living with Tourette Syndrome and Obsessive Compulsive Disorder . . . and contemplating his own morality. Ten: three little letters, one ordinary number. No big deal, right? But for Troy Hayes, a 16-year-old suffering from Tourette Syndrome and Obsessive-Compulsive Disorder, the number ten dictates his life, forcing him to do everything by its exacting rhythm. Finally, fed up with the daily humiliation, loneliness, and physical pain he endures, Troy writes a list of ten things to do by the tenth anniversary of his diagnosis–culminating in suicide on the actual day. But the process of working his way through the list changes Troy’s life: he becomes friends with Khory, a smart, beautiful classmate who has her own troubled history. Khory unwittingly helps Troy cross off items on his list, moving him ever closer to his grand finale, even as she shows him that life may have more possibilities than he imagined. This is a dark, intense story–with many trigger warnings–but it’s also realistic, hopeful, and deeply authentic.

Following the Telegraph’s piece (by Martin Chilton) about the profanity in a young adult novel called When Mr Dog Bites, Bloomsbury’s Director of Children’s Books, Rebecca McNally explains why the publishers decided to allow the swearing

The book isn’t about Tourette’s, but it is very much about language – Dylan’s own curiosity and playfulness with words (not swear words) is part of the joy of the book, what makes it a-mayonnaise-ing, not shizenhowzen; you’ll all be using Dylan-isms by the time you’ve finished reading. The most offensive words in the book are those directed at Dylan and his friend Amir by the ‘normal’ kids in the park (Dylan goes to a special school, which again makes us think about language and the labels those in authority put on people, especially children). They’re offensive because they reduce, humiliate and dehumanise characters we care about. Those words: “Paki”, “spaz”, “mong”, are like verbal IEDs, and they don’t lose their power.

via ‘Why the swearing had to stay in When Mr Dog Bites’ – Telegraph.