You are here: Home / Archives for theatre 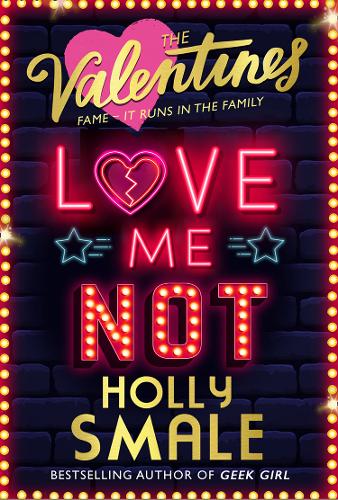 The stunning conclusion to the mega fame-busting 11-13 trilogy from the multi-million bestselling author of Geek Girl.

Party girl actress Mercy Valentine is nobody’s hero and that’s how she wants it. She’s sarcastic, sharp and always defensive – so no one can hurt her ever again. Mercy’s starring in a major theatre show and hitting the gossip headlines, but her glamorous world is about to come crashing down. And when Mercy crashes there will be fireworks…

Love Me Not is an eye-opening, heart-warming, darkly funny exploration of what it really means to be famous, and how to heal a broken heart.

Read an article about Holly Smale’s adult diagnosis of autism.

In another story regarding plagiarism…

Whilst the theatre appears to have collaborated with the author (Yannets Levi) on the production, this seems not to have been the case with the illustrator.

Dinner with the Twits, an interactive theatrical dining experience that invites its audience to the worst dinner party in the world at the residence of the revolting Mr. and Mrs. Twit, will premiere at London’s The Vaults.

It will begin performances September 4 prior to an official opening September 14, for a run through October 30.

Presented by Les Enfants Terribles and ebp—the team behind Alice’s Adventures Underground that was Olivier-nominated for its run—in association with Bompas & Parr and Creature of London, it marks the first time one of Roald Dahl’s titles has been adapted into a production specifically for adults.

According to press materials, the evening will include a banquet of deliciously disgusting dishes, to be enjoyed with homemade cocktails, Mr. Twit’s special brew and Mrs. Twit’s potent punch.

In a press statement, Lansley commented, “We are delighted to be presenting the first adaptation specifically created for adults of one of Roald Dahl’s hugely adored children’s books. We never really lose our sense of play, our relish in the bizarre and revolting. Dinner at the Twits will give adults the opportunity to explore those boundaries between disgust and delight, to come up close and personal with the hideous hairy Twits and to be taken on a multisensory journey through Dahl’s beguilingly bizarre world.”

via Dinner with the Twits, Interactive Theatrical Dining Experience, Will Be Staged in London | Playbill. 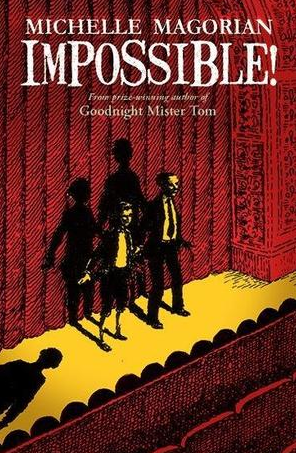 In her latest offering, Impossible!, Magorian explores, with enormous relish, theatrical London in the 1960s. The novel is part theatre story, part adventure and part homage to Joan Littlewood, the trailblazing maverick director and founder of the Theatre Workshop.
…
Those who prefer their stories lean and concisely plotted might be frustrated by the novel’s length and pace. For others this will be an immersive read, featuring a wonderful cast of characters and great dialogue (Magorian knows how to deliver a line), in a beautifully written novel, full of incident and humour.

via Impossible! by Michelle Magorian review – a theatrical homage to Joan Littlewood | Books | The Guardian.

Q: How did the idea for the story of What the Ladybird Heard come about?

I was walking in the countryside with my youngest son and we were reminiscing about when he was a little boy. At an age when children are just learning to read, his teacher had given the class an exercise matching up animal noises with animal pictures, but because most of the children couldn’t yet read, the activity went comically wrong.

The hen hissed instead of clucking and the dog miaowed and so on. I thought it would be lovely to somehow use this idea of animals making the wrong noises in a story and my son, now a young man, suggested animals playing a trick on the farmer.

via Bestselling children’s author Julia Donaldson talks about the theatrical version of What the Ladybird Heard, which is coming to The Haymarket next weekend (From Basingstoke Gazette).