You are here: Home / Archives for teenage 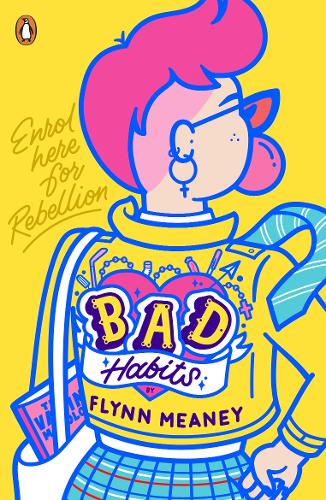 Alex is a rebel with a purple fauxhawk and biker boots. St Mary’s Catholic School is a strict boarding school where she’s currently trapped. Despite trying everything she can to get expelled, she’s still stuck with the nuns, the prudish attitude and the sexism. Fed up with life inside the hallowed halls of St. Mary’s, Alex decides to take matters into her own hands. She’s going to stage the school’s first ever production of The Vagina Monologues. This may be a challenge, as no one else at St Mary’s can even bear to say the word ‘vagina’ out loud…

A riotously funny novel about the importance of friendship and finding your voice. 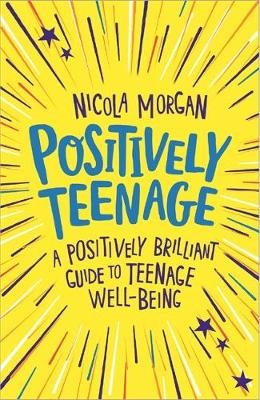 Full of practical proven strategies to develop a positive attitude, growth mindset, self-understanding, determination and resilience from an author who has developed a special interest in the way adolescent minds work.

We were cross with ourselves when we realised we had omitted to wish Judy Blume a Happy 80th Birthday yesterday.

Would be interested to know what others think about it:

I wonder if the reason today’s young adult fiction feels so sexually airless is that it lacks what made Blume and her peers seem so dangerous: Their books were physically arousing. In adult books, that trait is often a reliable sign of bad writing. But for teenagers, who are still strangers or newcomers to sex, the bonus physical stimulation of something like “Forever” or “Domestic Arrangements” can be validating, a way of making pleasure ordinary, appropriate enough to check out of the library. Those books were not afraid to let teenagers know that good sex can also be a good story. 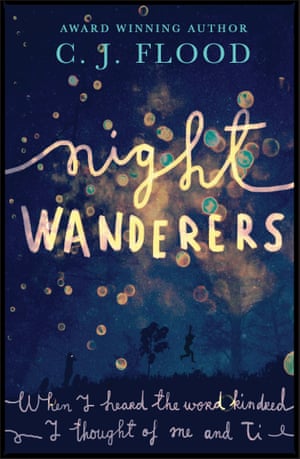 The question of safety came up early in a discussion about promoting my new book, Nightwanderers. Was it responsible, I asked my publicist and editor, to show teenage girl friends creeping from their bedrooms after dark, to wander their home turf in the moonlight?

It’s something I did as a teenager with one of the friends who inspired the character of Titania De Furia. She led me, breathless, through the deluxe garden of her rich neighbour, past his babbling rush of brook, and with cool, dewy air on our faces, we were giggling and tickled and free.

via CJ Flood: teen girls have a right to roam too | Children's books | The Guardian.

The Serpent King by Jeff Zentner (Andersen Press, £7.99) is a richly textured tale set in small-town Tennessee where the sins of Dill’s father, a disgraced and imprisoned evangelist minister, are visited relentlessly upon his son. Dill and his mother are social pariahs living in poverty, while Dill’s friend Lydia, a fashion blogger heading for New York after high school, considers him a project. The gulf between their likely futures is the pink elephant in the back seat of Lydia’s car, which shelters Dill and the equally unfortunate Travis from the storms brewed by their elders. The universal highs, lows and power shifts in friendship are played out by three compelling characters until tragedy brings loyalty to the fore.

Other titles reviewed in the full piece:
The Smell of Other People’s Houses by Bonnie-Sue Hitchcock
The Incredible Adventures of Cinnamon Girl by Melissa Keil
Needlework by Deirdre Sullivan
Maresi by Maria Turtschaninoff
Anna and the Swallow Man by Gavriel Savit

via Teenage fiction reviews – small towns and other prisons | Books | The Guardian.

When I was a teenager, I used to go with my friends to the beaches of Bamburgh and Beadnell. We’d camp in the dunes, have parties on the beach. We’d swim in the icy sea, watch seals, terns, oystercatchers. We’d sit by blazing fires as the beams of lighthouses swept across us and the astonishing stars glittered above. We’d talk of love, death, football, Tamla Motown, Allen Ginsberg, God, ghosts, grief. We’d talk of where we’d go, what we’d do, how we hoped we’d live. We went back to our ordinary lives on Tyneside: school, exams, families, council houses. Not so different, perhaps, from the lives of the young people in my book. They live by the Tyne. They are sixth formers in a comprehensive. They love music and each other. They yearn for joy and freedom. They travel north and have parties on the beach. They try to turn Northumberland into Greece. They try to think that the sun is warm and the sea is not icy. They sing and dance with abandon. Orpheus appears among them one morning as the sun rises over the sea, and he begins to sing them into a new understanding of themselves. Eurydice is Ella Grey, a girl who is not even there when he first appears. She hears his voice through the mobile phone of her best friend, Claire. It is enough: she knows she has always known him and he has always known her. The ancient love is recreated and so it all begins again. Claire is the narrator. She is also in love with Ella Grey. She watches, recounts, tries to share her friend’s joy and calm her own fears. But she can do nothing to stem the trajectory of the ancient, lovely, terrible tale.

from the Irish Times: Horrified by the shaming of a US rape victim, the author started to think about how a small Irish community would have reacted, where the football team are local gods and where boys will be boys but girls must be virgins

via Louise O’Neill on writing Asking For It: Unblurring the lines about rape. 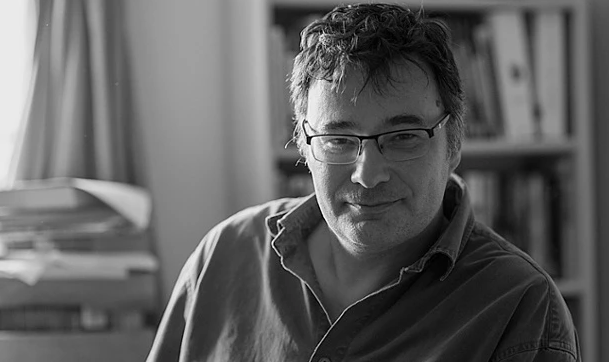 A photograph of author Jon Walter (unattributed but in fact one of the portraits taken by me to accompany my ACHUKA interview with him last year) heads up this teenage fiction roundup, with leading mention for his deeply moving and impressive second novel, My Name Is Not Friday:

Gerald’s stepmother, the widowed plantation owner who shows compassion and vulnerability, yet is responsible for the most violent episode in the novel, is outstanding among many finely drawn characters in this harrowing yet uplifting tale.

Other book mentioned:
The Year It All Ended by Kirsty Murray
Birdy by Jess Vallance
Am I Normal Yet by Holly Bourne
Me And Earl And The Dying Girl by Jesse Andrews
The Dark Light by Julia Bell
The Lie Tree by Frances Hardinge
Subway Love by Nora Raleigh Baskin

Anthony McGowan will be one of the authors participating the FLY Festival. Ahead of his talk and workshop at the University of East Anglia, Eleanor Pringle caught up with him to ask a few questions.

Here’s a couple extracted from the full piece:

I don’t think adult fiction is superior, but I’m slightly sympathetic to the idea that adults should read adult fiction, and teenagers should read whatever they want. I think there’s almost an infinite number of amazing adult literary texts, it just seems almost a waste of your reading opportunities as an adult to read novels that are aimed at teenagers. So I do actually think there’s a time to move on. But there are some amazing writers like Meg Rosoff, Patrick Ness, that are ‘YA’ writers, but are in fact universal.

You have described in the past what it’s like to be married to a ‘super woman’. (Anthony is married to writer, and former fashion designer Rebecca Campbell) What do you believe the greatest achievement of your career is, and why?

Statistically, the most impossible thing I’ve ever done is to get published, for every thousand writers only one gets through that. That, in itself, is always a nice achievement. But everyone I know in London now, almost everyone I interact with socially went to private schools. I’m often the only publicly schooled person at a gathering; I suppose I’m proud of having come from that background and having achieved this.

Caitlin Moran has decribed her coming-of-age YA novel, How to Build a Girl as “a bit like Little House on the Prairie, but with really big penises and getting too drunk.”

What could be more brilliant or helpful than for teenage girls to know at a very early age that they are in control of their sexuality? It doesn’t have to involve anyone else. They can just be in their room and have all these amazing experiences, which won’t cost them any money or mean that they leave the house. It’s got no calories in it. It’s a really lovely hobby for a young girl to have.

via Caitlin Moran on Her Raunchy Teen Heroine — The Cut.