You are here: Home / Archives for survey 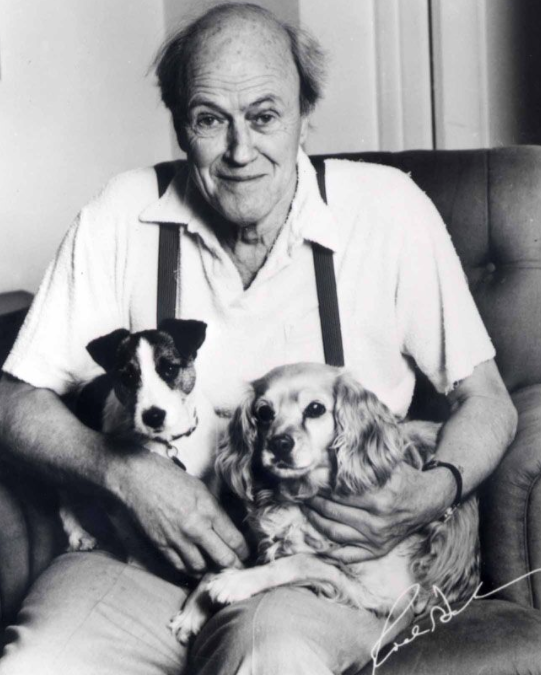 Charlie and the Chocolate Factory by Roald Dahl, originally published in 1964, tops the list of 20th century children’s books which are still being read today, in a poll commissioned by the CILIP Carnegie & Kate Greenaway Medals, the prestigious book awards for children and young people that celebrate its 80th anniversary this year.

The story of Charlie Bucket’s adventures in Willy Wonka’s factory, illustrated by Quentin Blake and written 53 years ago, was the top choice of parents of children aged 1 to 12 across every region of the UK. Two other Dahl stories – The BFG (1982) and Matilda (1988), also illustrated by Blake – came second and third in the list of favourite reads for parents and children.

The Top 15 were selected from a list of books that were at least 20 years old and published after 1936, the year the Medals began. The oldest book on the list, at number 10, is The Hobbit by J.R.R. Tolkien, first published in 1937. Carnegie Medal winner The Borrowers by Mary Norton makes it onto the list alongside Kate Greenaway winner Father Christmas by Raymond Briggs. Interestingly, books published in the 1950s take the highest number of spots on the list.

The majority of parents questioned (80.75%) agreed that distinctive covers and illustrations made a book stick in the mind, with picture books (32.3%) and fantasy (27.65%) thought to make the most impact on kids, a fact reinforced by the choices selected in the poll.

When asked why they believed their chosen books remained popular, parents cited timeless settings and reminisced about being transported into another world. The study shows almost 84% actively encourage their children to read their own favourite classics. 53% like their children to know and experience a character they loved themselves as a child and 44.3% like the idea that their child is sharing an experience with millions of other children. When asked how they felt reading these classic books, 76.84% of parents said they themselves felt happy, nostalgic and comforted.

Other reading habits were revealed through the poll, with the majority of parents only reading to their kids an average of two hours per week, but overwhelmingly (over 80%) preferring print books to ebooks.

“These results show that parents enjoy sharing books they love with their children and connect with these books through their engaging covers and illustrations. There is a special alchemy by which illustrators bring characters to life for the reader. They turn words and pictures into gold in our imaginations. That is why I believe all books should have pictures.”

Celebrating Reading for Enjoyment – Findings from our Annual Literacy Survey 2016

Whether or not children and young people enjoy reading has been a focus of recent research and policy, and evidence is now accumulating that shows that reading enjoyment is beneficial not only for reading outcomes but also for wider learning.

Reading for enjoyment is not only at the heart of our programmes, but it is also a central element of our research activities. This report pulls together what our evidence tells us about reading enjoyment.

A survey of 2,700 parents in the US, Canada and the UK, designed to illuminate how children age 0-12 consume entertainment content and brands, carried out by pure-play children’s content company DHX Media and market intelligence specialist Ipsos has revealed that kids have embraced mobile on-demand viewing, and that tablets are their preferred screen for consuming content…

The survey found that kids have embraced mobile on-demand viewing, and that tablets are their preferred screen for consuming content. In the households surveyed, 72 per cent of children’s daily viewing is from streaming services such as YouTube, Netflix and others. When viewing content, 61 per cent of kids use tablets, with 78 per cent of households having at least one tablet and 29 per cent having a tablet for use by a child only. Tablets were found to be the most popular screen used by children, who used the devices to watch 45 per cent of their streamed content.

The survey also found that YouTube is the most popular streaming platform among respondents, followed closely by Netflix. Of the households surveyed, YouTube’s Advertising-supported Video on Demand (AVoD) service garnered 15 per cent of all streaming viewing, with Netflix coming in at 13 per cent.

The number of children who enjoy reading for pleasure has increased but the gender gap between girls and boys has widened, according to a new report from the National Literacy Trust (NLT).

For this year’s ‘Children’s and Young People’s Reading’, an annual report into children’s reading habits, the NLT surveyed young people aged eight to 18 in the UK in November and December 2014.

The NLT asked participants about what types of reading the children did, dividing it into categories such as fiction, websites, text messages, song lyrics and e-books, and 46.7% said they read fiction outside the class. All formats had grown in popularity apart from magazines, which were read by 48.7% of children, compared to 52.7% in 2013.

However, the survey also showed that the gap between the number of girls who read compared to boys is wider than before, as 61.6% of girls said they enjoyed reading either very much or quite a lot compared with 47.2% of boys.

via Gender gap widens for children reading for pleasure | The Bookseller.

According to a recent Nielsen survey

[T]he share of books bought as gifts fell from 24% to 22% – equating to a decrease of nine million books.Jo Henry, director of the research, said that the decline in giving books as gifts would be of particular concern to publishers and called it a “concerning trend” which has also been seen in the US.  Gifts accounted for 22% of book sales in 2013, down from 24% in 2012.

via Buying Books as Gifts Decline in the UK.

New survey suggests the rise of tablet use by children may be having a negative impact on book reading habits:

According to a survey of 2,000 British children and parents conducted by Nielsen Book in June this year, 50% of family households now own at least one tablet, up from 24% a year ago.

Is this a good thing for kids’ reading habits? Are they hoovering up e-books and delighting in digital book-apps on these devices? In a word: no. At least not according to data shared at The Bookseller Children’s Conference by research firm Nielsen Book.

The good news? 32% of children still read books for pleasure on a daily basis, the second most popular activity behind watching TV (36%), and well ahead of social networking (20%), watching videos on YouTube (17%) and playing mobile games and apps (16%).

On a weekly basis, 60% of children are reading books for pleasure, and if you factor in children who are being read to by parents, that percentage climbs to 72%. But…

“But there’s a really disturbing pattern beginning to emerge when you look on a weekly basis,” said Nielsen Book’s Jo Henry, presenting the findings to an audience of publishers.

Only three activities increased in percentage terms between 2012 and 2013: playing “game apps” (the term used by Nielsen Book), visiting YouTube and text messaging. Reading? That was down nearly eight percentage points.

“It’s a snapshot, not a sustainable trend and next year it might go up again. But this is alarming: children are being less engaged with reading,” said Henry, who also pointed to industry figures showing an 8% year-on-year drop in (printed) books bought for children.

“I want to stress that most children are still medium and heavy book readers, but what we’re seeing is a really significant rise in the number of occasional and even non-readers in the children’s market.”

via Children’s reading shrinking due to apps, games and YouTube | Technology | theguardian.com.