You are here: Home / Archives for surreal 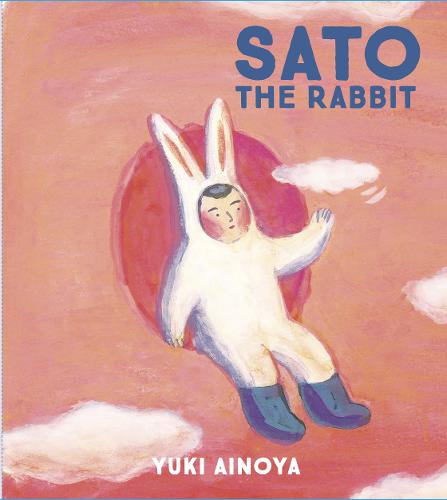 “In lushly painted, highly immersive vignettes, we’re shown that while Sato wears a costume, his sensory nature has been transformed. The taste of watermelon spreads throughout his body. He cracks a walnut and finds rooms inside. He plucks a cloud from a puddle’s reflection and hangs it over his bed, where he ‘sips stories’ from melted multicolored ice containing the emotions of a fully lived and dreamed life.” NEW YORK TIMES
“Sweet, surreal and contemplative.” KIRKUS
“In a set of seven small vignettes that span the seasons, Sato’s daily activities — watering the garden, doing the laundry, splashing in puddles — turn into magic. Cracking open a walnut reveals an inviting miniature world. Eating a watermelon turns into a seafaring adventure. (“Nothing compares to eating watermelon on the sea.”) Observing a meteor shower leads to a star-collection mission. Paintings in a naive style burst with saturated color — watermelon red, night-sky blue, spring chartreuse.” HORN BOOK

“One day, Haneru Sato became a rabbit. He’s been a rabbit ever since.” With these surrealist, yet matter-of-fact opening lines, we are transported to a world very much like our own, yet one that is imbued with an added dimension of wonder and curiosity. In Sato’s world, ordinary objects and everyday routines can lead to magical encounters: a rain puddle, reflecting the sky, becomes a window that can be opened and peered through. A walnut is cracked open to reveal a tiny home, complete with a bathtub and a comfy bed. During a meteor shower, Sato catches stars in a net, illuminating the path home for a family taking an evening walk. This whimsical tale is the first in a trilogy from Japan.

Yuki Ainoya is Japanese and studied  painting at the Tama Art University Faculty of Art and Design. She was the winner of the the Crayon House Children’s Book Grand Prize in 1990 and the 12th Japanese Children’s Book Award in 2007 for the original Japanese edition of this book.

This translated version is published by Enchanted Lion Books, an independent children’s book publisher based in Brooklyn, New York publishing illustrated books from around the world.

A fascinating and richly illustrated discussion with the book’s translating team:
Part One
Part Two