You are here: Home / Archives for silly 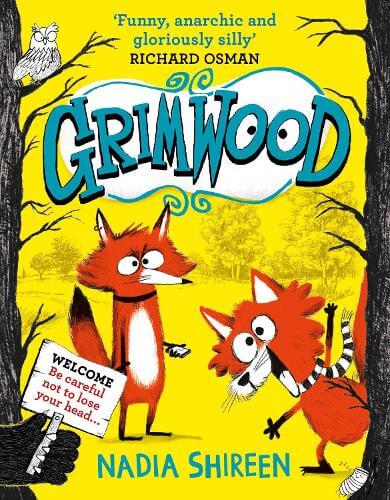 Fox cub siblings Ted and Nancy are on the run from Princess Buttons, the scariest street cat in the Big City. They flee for Grimwood, expecting to find refuge in the peaceful countryside. Instead, they are met with thieving eagles, dramatic ducks, riotous rabbits and a whole host of unusual characters. Grimwood is . . . weird. But when Princess Buttons tracks them down, Nancy and Ted and the animals of Grimwood must unite in a mind-bending race against time …

The author of My Dad’s Got an Alligator and The Hundred Mile an Hour Dog explains why author and script-writer Spike Milligan is to blame for everything silly in his books!

As a child one of the books I kept dipping into was the Faber Book of Nonsense. It was full of delightfully silly stuff by the likes of Edward Lear and Lewis Carroll. Evidently my interest in humour began at an early age. In the 1950s, when I was aged aged six-10 or so, my family didn’t have a television so we listened to the radio a lot. My parents loved the funny programmes and one of them – The Goon Show – really caught my imagination.

It was so ridiculously silly. The man who wrote The Goon Show was Spike Milligan and when I was a bit older I discovered he wrote for children. Silly Verse for Kids, and Badjelly the Witch were two such books and in them I found that same, very silly, utterly crazy humour, so if you read one of my books and find yourself thinking “that is SO stupid!”, you can blame Spike Milligan. He was a comic genius who used not just words but sound effects too and often accompanied his poems with daft drawings, as in A Book of Milliganimals. He pushed away any barriers surrounding humour and made almost anything possible.