You are here: Home / Archives for short 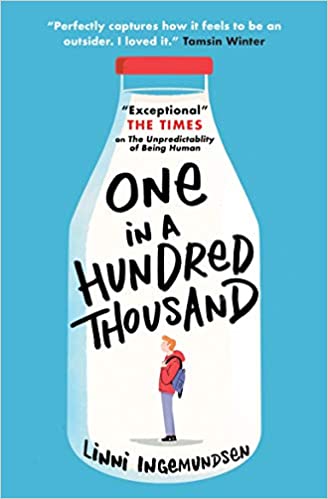 The author is well-travelled but originally from Norway. She writes a very clean prose with occasional Americanisms such as ‘gotten’.

Fifteen year old Sander wishes he was like everyone else. But he has Silver-Russell syndrome, a condition that affects one in a hundred thousand. It means he is smaller than all the other kids in school, a place where the biggest and the loudest get all the attention. Like Niklas. Everyone thinks Niklas is cool and good-looking – except Sander. He doesn’t like the way Niklas brags, behaves like a jerk and lies. Niklas is one of life’s tall people and next to him, Sander always ends up feeling small. But Sander is different in more ways than one. He notices things other people miss, and he’s noticed something about Niklas… A moving coming-of-age classic, about fitting in, standing out and the power of friendship.

David Constantine – Tea At The Midland

Worth €25,000, the Frank O’Connor is the world’s richest award for a single short-story collection, and has been won by some of the biggest names in international literature, from Haruki Murakami to Nathan Englander and Edna O’Brien. This year judges chose a shortlist of six titles from 78 longlisted books, with writers including George Saunders, Junot Díaz, Molly Ringwald, Emma Donoghue and former winner Ron Rash all missing out.

Instead, the panel went for Oates’s Black Dahlia & White Rose, which includes a story about a friendship between Marilyn Monroe and Elizabeth Short, and Swiss writer Stamm, a finalist for this year’s Man Booker International prize, for We’re Flying.

Oates’s fellow American Claire Vaye Watkins was selected for Battleborn, set in her home state of Nevada, and Canadian Tamas Dobozy for Siege 13, a series of linked stories alternating between second world war Hungary and a community of Hungarian émigrés in the contemporary west.

Britain’s contenders are Levy, shortlisted for the Booker last year and this time picked for her collection Black Vodka, which includes a story in which a hunchbacked man has a date with his perfect girl, and Constantine, chosen for Tea at the Midland, a collection which the Guardian called “masterful … pregnant with fluctuating interpretations and concealed motives”.

The winner will be announced in the first week of July, with the award to be presented in September at the culmination of the Cork International short story festival.