You are here: Home / Archives for short stories 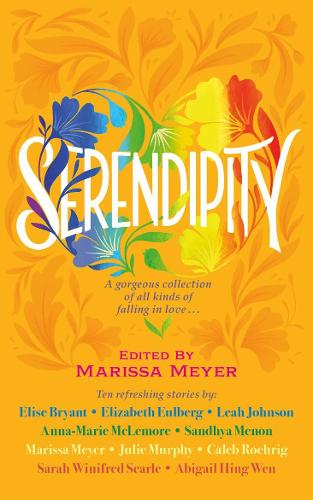 Love is in the air in this is a collection of stories inspired by romantic tropes and edited by #1 New York Times-bestselling author of Gilded, Marissa Meyer.

The secret admirer. The fake relationship. The matchmaker. From stories of first love, unrequited love, love that surprises, love that’s been there all along, ten of the brightest and award-winning authors writing YA have taken on some of your favourite romantic tropes, embracing them and turning them on their heads.

Readers will swoon for this collection of stories that celebrate love at its most humorous, inclusive, heart-expanding and serendipitous. 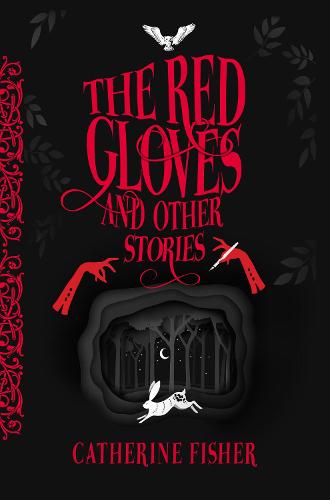 “A masterful mix of truth and the supernatural will leave readers feeling discomfited and looking over their shoulders for whatever it is they can’t quite see, long after they’ve finished reading.” BookTrust
“A spellbinding collection.” Literary Review

Gripping stories of myth, folklore and magic, some new and a few previously published.

Two step-brothers share one nightmare; red gloves that reach for your throat; a changing room where a stranger asks to swap lives with you; and a ghost in the rain… An expert storyteller weaves nine spells. Fear mixed with wit, heart and magic. 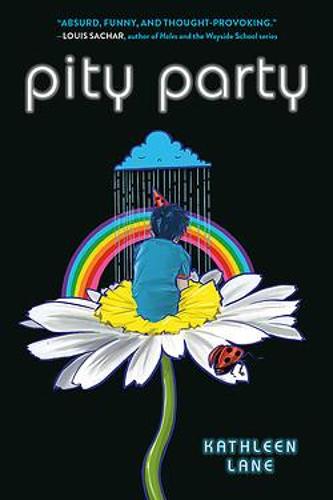 An uproarious grab bag of short fiction, mining and exaggerating the social anxieties that plague us all and twisting them into funny, deeply resonant, and ultimately reassuring psychological thrills.

There’s a story about a mood ring that tells the absolute truth. One about social media followers who literally follow you around. And one about a kid whose wish for a new, improved self is answered when a mysterious box arrives in the mail. There’s also a sprinkling of micro-fiction: a personality test (to find out if you have a personality), a fortune teller (that 100% accurately predicts the future), a letter from the Department of Insecurity, and an interactive Choose Your Own Catastrophe. 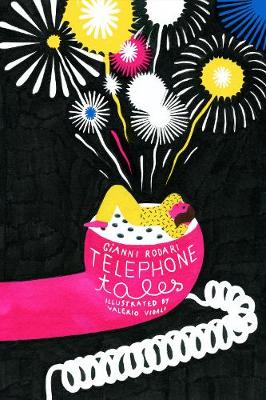 Every night, at nine o’clock, wherever he is, Mr. Bianchi, an accountant who often has to travel for work, calls his daughter and tells her a bedtime story. But since it’s still the 20th-century world of payphones, each story has to be told in the time that a single coin will buy. Reminiscent of Scheherazade and One Thousand and One Nights, Gianni Rodari’s Telephone Tales is composed of many stories–in fact, seventy short stories, with one for each phone call. Each story is set in a different place and a different time, with unconventional characters and a wonderful mix of reality and fantasy. One night, it’s a carousel so beloved by children that an old man finally sneaks on to understand why, and as he sails above the world, he does. Or, it’s a land filled with butter men, roads paved with chocolate, or a young shrimp who has the courage to do things in a different way from what he’s supposed to do.

Awarded the Hans Christian Anderson Award in 1970, Gianni Rodari is widely considered to be Italy’s most important children’s author of the 20th century. Newly re-illustrated by Italian artist Valerio Vidali, Telephone Tales entertains, while questioning and imagining other worlds. 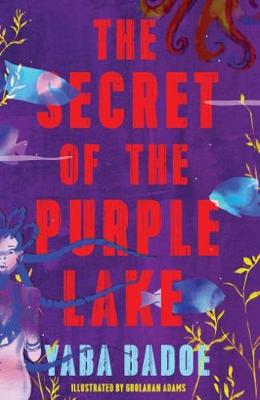 A collection of five interlinked stories (from an award-winning documentary film-maker) that take us from Ghana to Orkney, and from Spain to Norway and Thailand. As a minor character from one story assumes a major role in the next, we meet a fascinating cast, including Imoro the magic elephant, the Walrus Prince, and the Wild Princesses of Rousay. 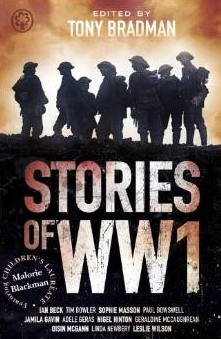 I always think short story anthologies make ideal presents for young readers, especially when you can’t be sure what books they have already read, or might be given by somebody else.

Each story has been specially commissioned for this collection so they won’t have been read anywhere else, even if the recipient is already a fan of several of these authors, as well they might be.

It’s a wonderfully well curated anthology, with full notes on all the contributors, as well as an Introduction and Editor’s Note by Tony Bradman himself.

The book will be published in paperback in February next year.

via Blackman to curate YA love story anthology | The Bookseller.

Two Pulitzer Prize winners and a Man Booker shortlistee vie with newcomers for Sunday Times EFG Short Story Award – at £30,000 the richest in the world for an individual short story.

The annual BBC National Short Story Award in partnership with Booktrust is now open for submissions for the ninth year.

Publishers, agents and published authors from the UK are invited to submit stories for the 2014 Award until the closing date: 5pm (GMT) on Friday 28 February 2014.

The first award that recognises long-standing creativity and achievement in writing short stories has been presented to William Trevor. 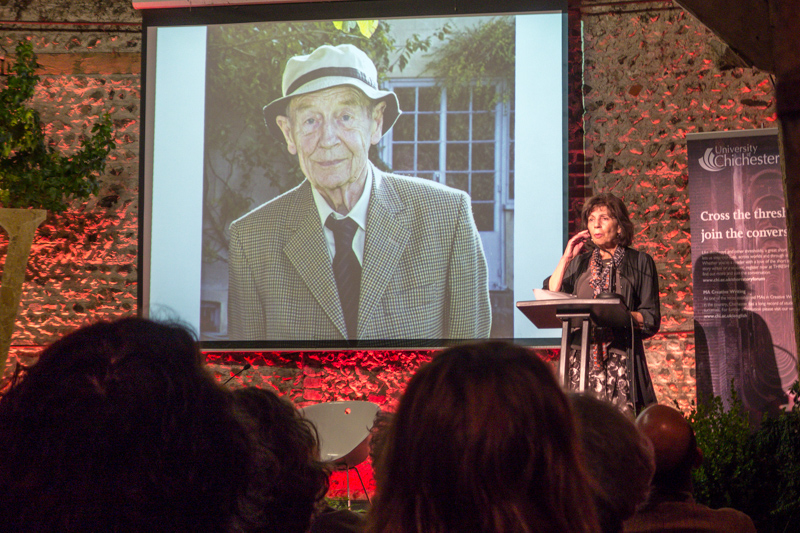 Trevor was unable to attend the presentation in person but said,  “This is an award for what I do best, which is to write short stories. I also write novels but short stories are what I love and have always loved. I’m hugely honoured. It does mean a great deal to me. It has come from the right source. If I were to associate myself forever with the short story, this is the way I would like to do it.”

Diana Reich (seen above), the Award Administrator, who recently visited Trevor at his Devon home to record an interview that was played to the audience at the award event, says, “William Trevor is widely regarded as one of the greatest contemporary practitioners of the art of the short story in the English Language, a master exponent of the tragedy of manners. He has been a lodestar for generations of short story writers, both national and international, who have followed him. He was the unanimous choice as the first recipient of the new Award. “ 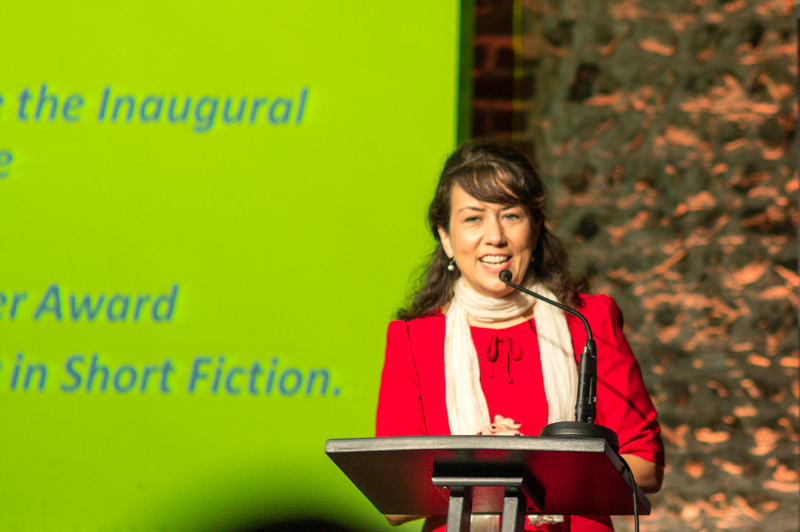 Alison MacLeod, Professor of Contemporary Fiction, University of Chichester says: “It is a huge honour to be able to celebrate nearly fifty years of short fiction from a writer who describes himself as “a short-story writer who happens to write novels.” William  Trevor is, without doubt, one of our most extraordinary writers. His vision of the lives of others is as sharp as it is compassionate; as sensitive as it is wry. How lucky we are.” 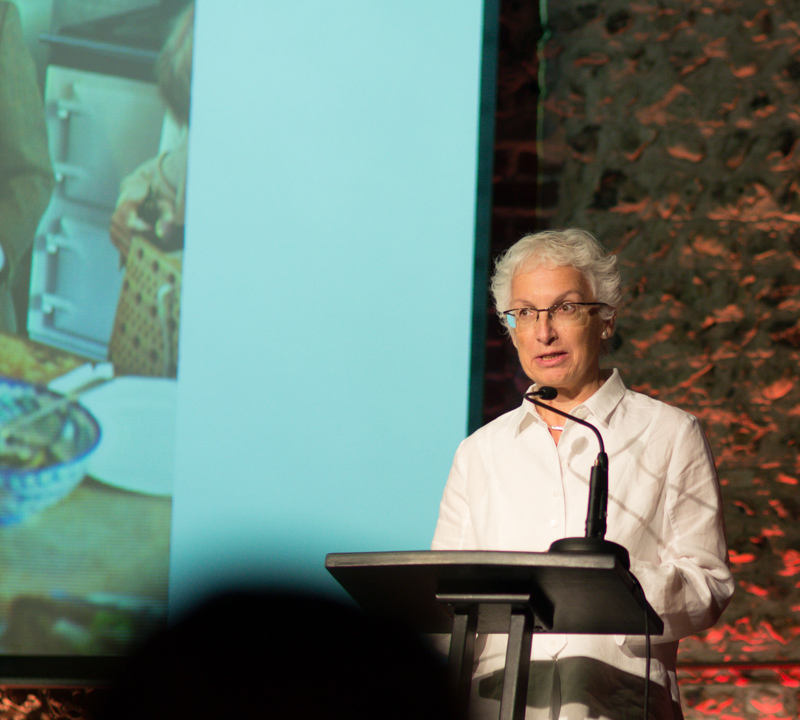 Dr Sarah Gilroy, Deputy Vice-Chancellor University of Chichester says: “We are delighted to build upon our long-standing partnership with Charleston and Small Wonder Festival by creating this literary award celebrating the vibrant discipline of short story writing.” 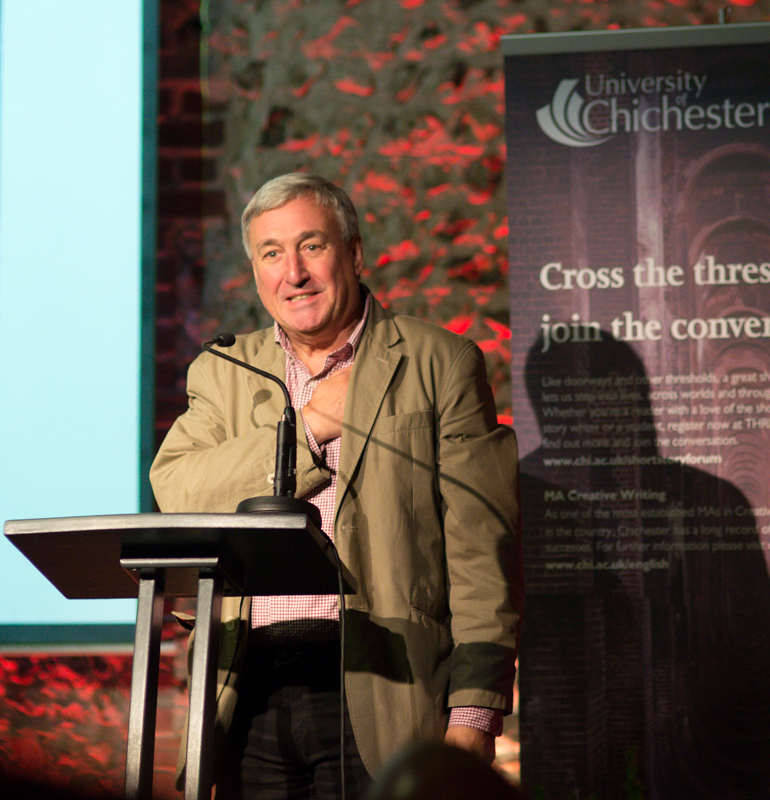 William Trevor’s long time editor at Penguin, Tony Lacey, says: “In recent years, William Trevor has alternated publishing collections of short stories with full-length novels. As a novelist his subject is sometimes regarded as the fate of the Irish Protestants in the country during the War of Independence and the Civil War, and the Irish state that followed, and that is indeed a potent theme in some of his most famous books: The Story of Lucy Gault and The Silence in the Garden, for example. But these are not Big House novels, with the drama – or melodrama – that that phrase implies. They are understated and elegiac, concerned with character as much as plot. In this sense they reflect his short stories, a genre which Trevor has championed for many years: his Collected Stories, published in two volumes in 2009, amount to almost 2000 pages. There can be no living writer who has dedicated himself to the genre with such devotion over such a long writing life. The stories are set in Ireland and America, England and Italy, in cities and small towns, but wherever they are set they exhibit a particularly deep sympathy for the downcast, the downtrodden and the downhearted. One thinks of the younger son left behind to run the farm after his siblings have left for richer lives abroad; or the husband, whose wife is suffering from dementia, sitting in their favourite restaurant wondering why a couple are wasting their time bickering; or the old priest wrongly accused of abuse.
Many of these stories are so perfect that they challenge analysis or criticism. They seem to come perfectly formed. And, perhaps the true test of a great short story, it seems as though they could only exist in that form: they’re not fragments of a novel, buds that might burgeon into something else, but perfect works of art in their own right.”

Lacey conceded (listen to the audioclip)  that in Trevor’s case he had not really been an editor at all. Trevor would deliver a perfect manuscript which he would be able to pass on straight to production.

Audioclip
The recipient of the Award was selected by a panel of experts in the short story genre:

I recommend this Guardian interview from 4 years ago.

The Collected Short Stories of William Trevor are available in a 2000-page, two-volume edition from Penguin.
Click the image above.