You are here: Home / Archives for series 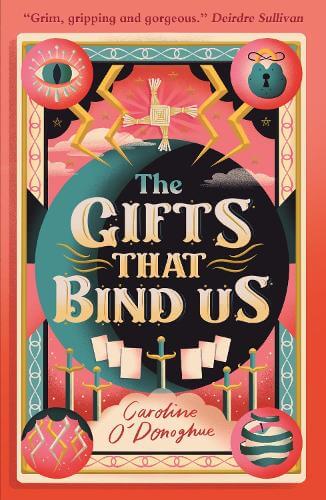 Maeve and her friends have revealed their powers and banded together as a coven: Roe can pick locks, Lily sends sparks flying, Maeve can read minds and Fiona can heal any injury. And even better than their newfound talents? Roe and Maeve are officially an item.

But with strange things happening at school, and old enemies appearing in new places, it soon becomes clear their powers are attracting all the wrong attention. It’s not long before Maeve’s gift start to wane, drained by someone – or something – that’s hiding even from her second sight…

A brilliant second installment in the Hidden Gifts series, with further titles to come. 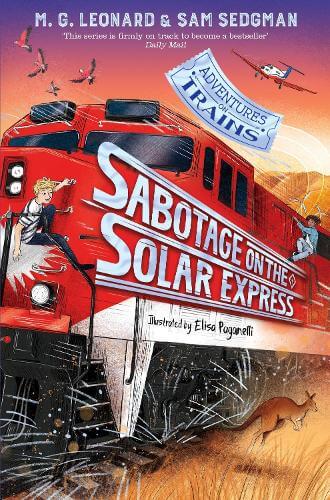 Ride into danger with Hal and Uncle Nat on the fifth breathtaking Adventures on Trains Mystery, Sabotage on the Solar Express, from bestselling award-winners M. G. Leonard and Sam Sedgman. Perfect for readers of 8 to 12 and brilliantly illustrated in black and white throughout by Elisa Paganelli.

Billionaire train enthusiast August Reza has invited Harrison Beck and Uncle Nat on the maiden voyage of the Solar Express – the winning design of his Reza’s Rocket competition. But during the journey, they discover the train has been sabotaged, hurtling passengers into a heart-stopping, action-packed, thrill ride across the Australian Outback. Can Hal find the saboteur and stop the runaway train before disaster strikes? 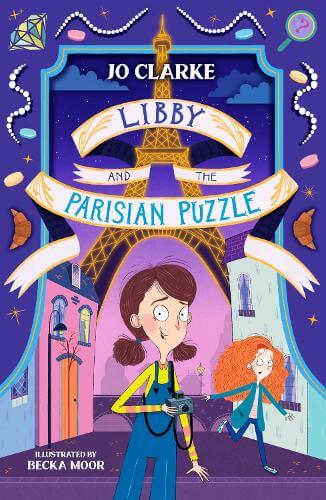 “This is delightful and has all the ingredients to encourage young readers to feel part of the fun and the puzzle solving.” A Library Lady
“A brilliant and fast paced detective story that is going to appeal to all lovers of this genre.” BfK 5-star review
Mystery-lover Libby is excited but nervous when she’s sent to live with her aunt while her mother is working abroad. Aunt Agatha is the headmistress of an extraordinary travelling school that moves from country to country. Libby joins it in Paris, where she is just starting to find her feet when her aunt is arrested, accused of a daring jewel robbery. Can Libby and her new best friend Connie find the real thief and save her aunt? Illustrated by Becka Moor.

and the illustrator Becka Moor 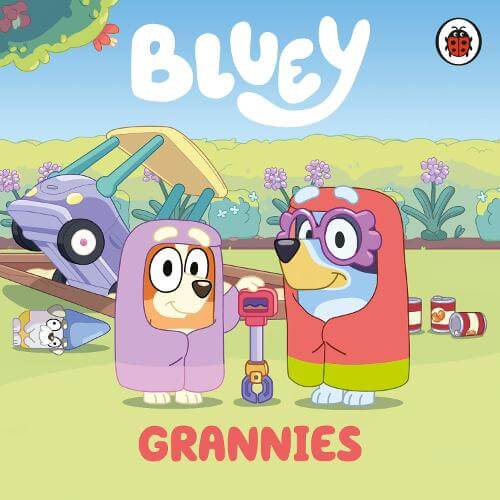 Are you as slow to the party as ACHUKA? Not familiar with this cartoon character yet? I wasn’t either and when I first opened this board book I had to read it twice, as it was so different from most board books. It was only after I’d sampled a couple of the cartoons on CBeebies that I really tuned in to the humour.

Bluey is an Australian animated TV series for pre-schoolers featuring a family of dogs. Here’s how Wikipedia describes it:

The show follows Bluey, an anthropomorphic six-year-old Blue Heeler puppy who is characterised by her abundance of energy, imagination and curiosity of the world. The young dog lives with her father, Bandit; mother, Chilli; and younger sister, Bingo, who regularly joins Bluey on adventures as the pair embark on imaginative play together. Other characters featured each represent a different dog breed. Overarching themes include the focus on family, growing up and Australian culture. The program was created and is produced in Queensland; its capital city Brisbane inspires the show’s setting.

The joy of this series is the imaginative play and dialogue between the two siblings, Bluey and Bingo, and their relationship with the father, Bandit.

More Bluey titles are to follow hot on the heels of this one:
Bluey – Easter Fun!
Bluey – Let’s Play Outside!
Bluey – Camping

Join Bluey and Bingo as they try to answer the question: Can grannies dance?

Bluey and Bingo are playing Grannies. While playing, they get stuck on a question: can grannies dance? Bluey thinks they can but Bingo doesn’t. There’s only one way to find out – call Nana and ask! This hilarious new board book is perfect for sharing with Bluey fans at story time and bedtime. 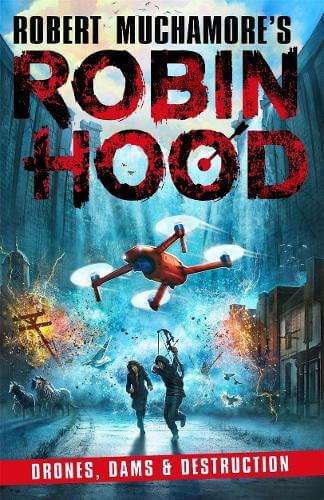 Join Robin and Marion fighting for the desperate and destitute again in the fourth action-packed adventure from international bestseller Robert Muchamore. ‘Strikes the bullseye.’ – The Times Children’s Book of the Week (Robin Hood: Hacking Heists & Flaming Arrows) As conditions in Sherwood Forest grow more precarious, time is running out for inhabitants of the abandoned shopping mall. With constant pressure on them from Sheriff Marjorie and gangster Guy Gisborne, Robin decides to engage his brother Little John as undercover spy. And John strikes gold when he discovers his mother’s plan for the ailing Sherwood Castle resort. Robin and Marion join in an audacious plan to scupper their oppressors, but the Sheriff has her response prepared – and it’s ferocious. Have they bitten off more they can chew this time? 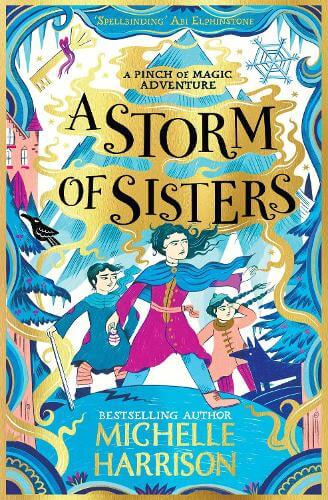 There are secrets hidden beneath the ice . . . bring the magic home in the frosty fourth instalment of the bestselling Pinch of Magic Adventures, from the award-winning Michelle Harrison.

When the Widdershins sisters and Granny are called away in deepest winter to look after cousin Clarissa, it doesn’t take long for adventure – or trouble – to find them. The town of Little Nipping has plenty to explore with its frozen lake and winter market, as well as being haunted by a doomed highwayman, searching for lost treasure. But the legends are true and seeing a ghostly figure one night, the girls realise that Granny is in terrible danger. As an icy storm rages, the race to save her begins – can they reach the treasure before the highwayman claims another soul? 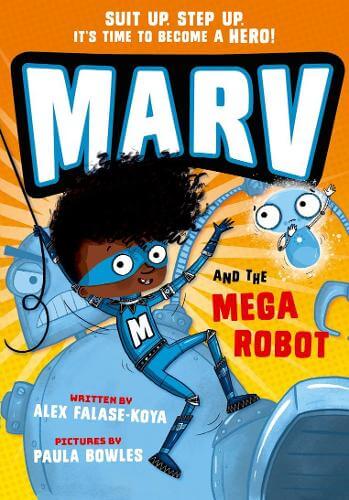 A new, highly-illustrated chapter book series for proudly independent readers is something both parents and primary teachers are going to leap on. Let’s hope Alex Falls-Koya and Paula Bowles can produce the 6-book series quickly enough. The good news is that a second title is being published alongside this one (see below). If you find them both together, you can have confidence in buying the pair.

Marvin is an ordinary boy who loves spending time with Grandpa, reading comics, and making science experiments with his best friend Joe. But everything changes when he discovers a mysterious superhero suit hidden in the attic… to his amazement, Marvin learns that he is next in a long line of superheroes. Now the time has come to meet his destiny!

When the Science Fair is thrown into chaos by super-villain Mastermind and her giant robot, Marvin is the only one who can stop them. Will Marvin be brave enough to step into his power-and into his superhero suit-to become the great and marvellous superhero Marv?

The first book in a powerful series of one boy’s journey to unlock the superhero within.

The second book in the series, Marv And The Dino Attack, is already available too. 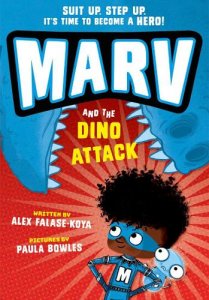 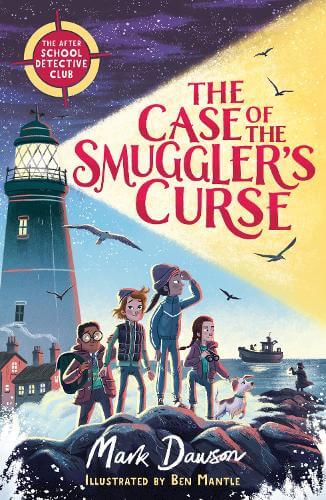 Lucy, Max, Charlie and Joe aren’t looking for new friends – they have too many of their own problems to worry about. But when the four of them, and Charlie’s faithful dog, Sherlock, spot a phantom figure on Southwold beach one winter’s night, they are thrown together to unravel a mystery that none of them expected.

The deeper they dig, the bigger the adventure becomes – motorboats and tracking devices, bedroom breakouts and daring sea rescues are all in a day’s work for the After-School Detective Club. But when their investigations lead them into trouble with the police, there is only one thing left to do – they must go undercover for a final showdown with a ruthless gang of smugglers who will stop at nothing to get what they want.

Mark Dawson is a best-selling author for adults. This is, ACHUKA believes, his first venture into writing for children. 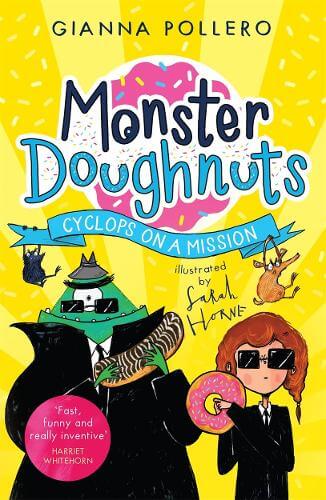 Tenth-generation monster-hunter Grace has a unique way of bumping off monsters. She and her sister run a bakery, Cake Hunters, where they make fabulous creations full of a special exploding baking powder that will get rid of any troublesome monster! And now Grace has a new and unlikely partner in crime – 360-year-old cyclops Mr Harris.

They have a new and perilous mission from the Secret Service – to rid the city of a pesky Bottom-Biter who is causing havoc. If only Mr Harris would stop just eating the monsters and honing his advanced patisserie skills in Grace’s bakery, what a team they’ll make! 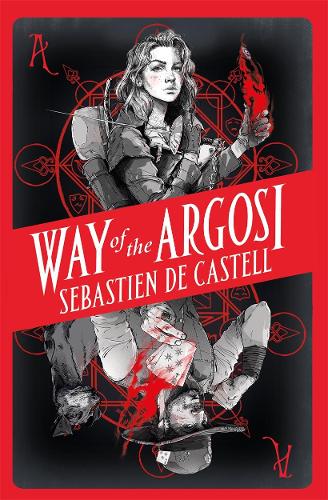 “Ferius Parfax is an extraordinary character. Her narration is honest and addictive, and you can’t help but become immersed in her story. This is helped in part by the brilliant worldbuilding which is so engaging and expertly executed that you won’t want to put the book down.” PaperBound

A brilliant origin story of adventure, wit and philosophy to enrapture devotees as well as newcomers to the Spellslinger series.

Ferius Parfax has a simple plan: kill every last inhabitant of the spell-gifted nation that destroyed her people, starting with the man who murdered her parents. Killing mages is a difficult and dangerous business, of course, but when she meets the inimitable and extraordinary Durrall Brown she discovers that physical strength is not the only way to defeat evil of all kinds.

So Ferius undertakes to study the ways of the Argosi: the loosely-knit tribe of tricksters known for getting the better of even the most powerful of spellcasters. But the Argosi have a price for their teachings, and by the time Ferius learns what it is, it may be too late.