You are here: Home / Archives for scary 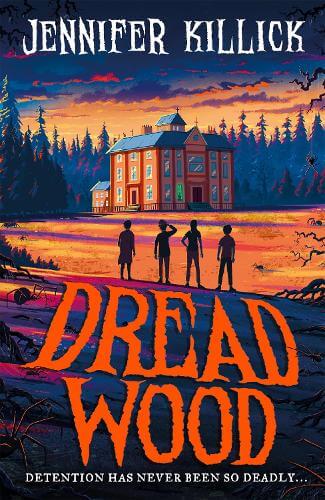 “An absolute stunner of a scary story; so exhilarating and gripping that I couldn’t put it down…” ReadingZone
“Joyously generic” BfK 5-star review

When classmates (but not mate-mates) Hallie, Angelo, Gustav and Naira are forced to come to school for a detention on a SATURDAY, they think things can’t get much worse. But they’re wrong. Things are about to get seriously scary.

What has dragged their teacher underground? Why do the creepy caretakers keeping humming the tune to Itsy Bitsy Spider? And what horrors lurk in the shadows, getting stronger and meaner every minute…? Cut off from help and in danger each time they touch the ground, the gang’s only hope is to work together. But it’s no coincidence that they’re all there on detention. Someone has been watching and plotting and is out for revenge. 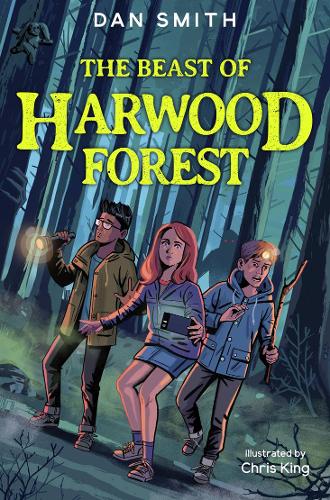 A BookTrust Book of the Day

“Full of danger and tension, this sinister page turner is not for the faint-hearted.” BookTrust

When Pete, Nancy and Krish arrive at Heathland Camp for a school trip, they’re in for an adventure – just not the kind they were expecting. Nearby sits the abandoned Harwood Institute. The crumbling buildings are out of bounds but strange screams come from the surrounding forest at night. Mystery shrouds the events that took place at the institute during the war, so Pete and his friends make it their mission to find out the truth. But the forest is hiding a sinister secret, and the trio could be in real danger … Are some mysteries best left undisturbed? 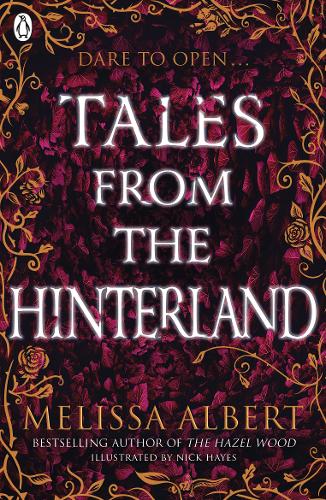 from the author of The Hazel Wood…

A highly anticipated collection of twelve deeply creepy pitch-dark stories each with a gorgeously illustrated lino print title page by Nick Hayes. The story ‘The Clockwork Bride’ is worth the cover price alone. The writing throughout the collection is pitch-perfect, a joy to hear in one’s mind; every sentence an invitation to read aloud. We all need range in our reading but alongside books like this much contemporary young  feels insipid. Tales From The Hinterland is a book that deserves to have been published in hardback before being available in paperback. 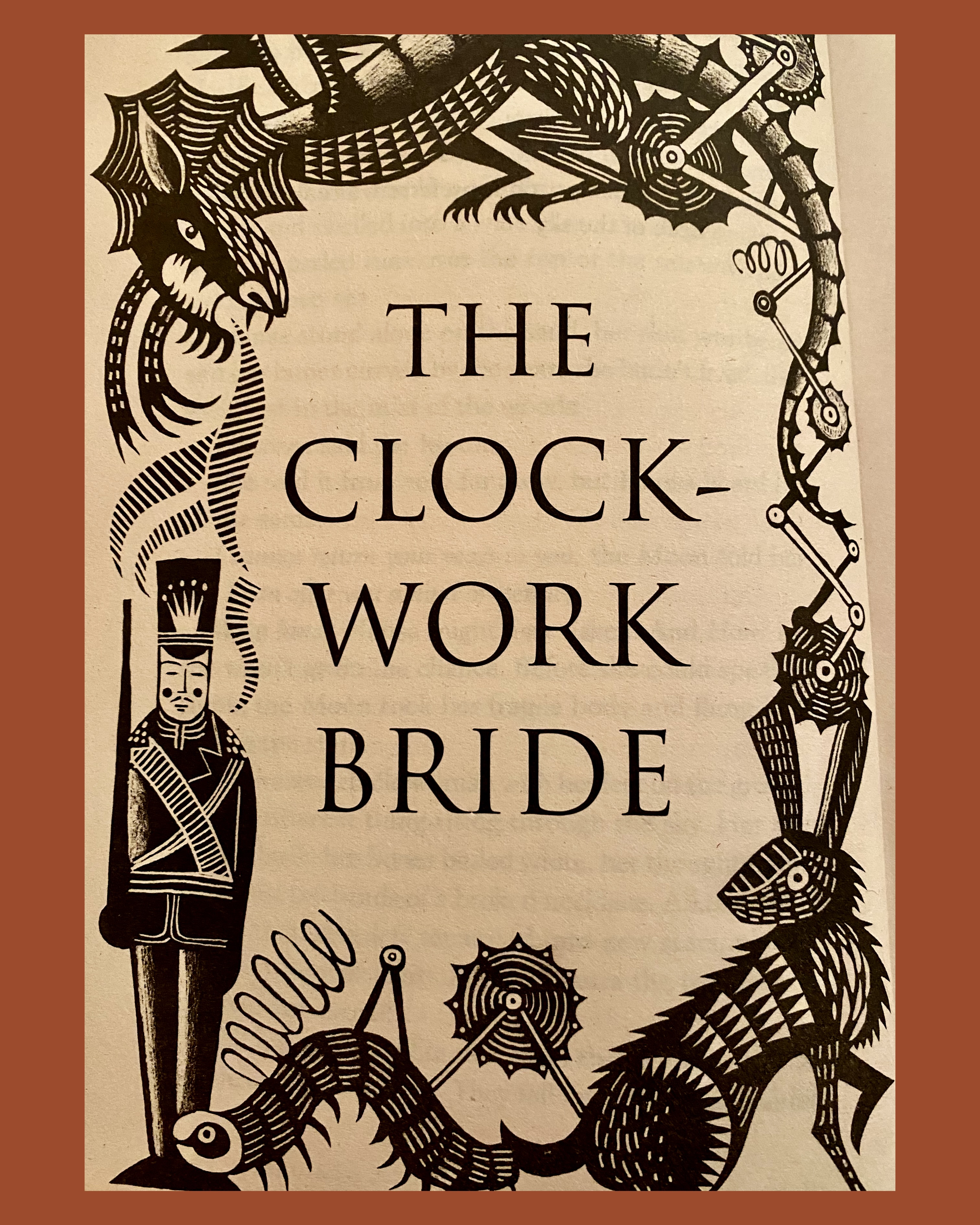 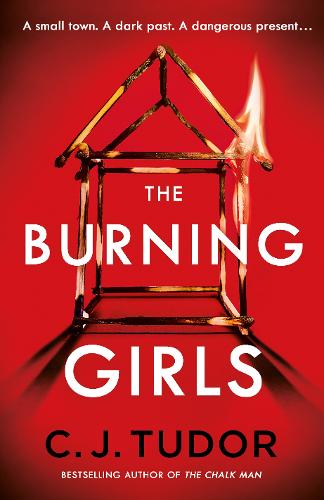 Welcome to Chapel Croft. For Rev Jack Brooks and teenage daughter Flo it’s supposed to be a fresh start. New job, new home. But, as Jack knows, the past isn’t easily forgotten. And in a close-knit community where the residents seem as proud as they are haunted by Chapel Croft’s history, Jack must tread carefully. Ancient superstitions as well as a mistrust of outsiders will be hard to overcome.

Yet right away Jack has more frightening concerns.

Why is Flo plagued by visions of burning girls?
Who’s sending them sinister, threatening messages?
And why did no one mention that the last vicar killed himself?

Chapel Croft’s secrets lie deep and dark as the tomb. Jack wouldn’t touch them if not for Flo – anything to protect Flo. But the past is catching up with Chapel Croft – and with Jack. For old ghosts with scores to settle will never rest . . .

“There isn’t a set of rules about how scary you can make it,” says Higson, looking characteristically nice and respectable in his north London home (just down the road from the Waitrose). “So I used my youngest boy as a guinea pig. He was just 10, or maybe even nine, so he was a bit young. But I thought ‘I’ll see how scared he gets.’ ”

Higson read The Enemy to Sidney as a bedtime story, chapter by chapter as he wrote it. “And it was quite clear that he wasn’t getting scared at all. He was really enjoying it, and was saying ‘I love a bit of gore, but it’s not scary’ … Modern kids have been exposed to so much more. They watch all these DVDs they’re not supposed to, they look at stuff online particularly, and certainly when it comes to gore they’ve seen it all.” So Higson responded by “pushing it, making it grimmer and more violent and nastier, with more children getting killed and eaten”.

Eventually, he recalls, they were about halfway into the book and he’d gone to sleep, “defeated again”. But then, “at about four in the morning, there was a hammering on the door and Sidney came bursting in, floods of tears, shaking, sweaty, pyjamas stuck to his body, he’d had this really awful nightmare based on the book, and I thought ‘Woohoo!’ ”

via Charlie Higson: ‘Kids should have nightmares, they should be scared of things’ | Books | The Guardian.

From Stephen King to HP Lovecraft, horror master Michael Grant, author of the Gone series and Messenger of Fear, reveals which books terrified the living daylights out of him when he was growing up

via Michael Grant: the books that scared me | Children's books | theguardian.com.

Halloween can be a tricky time for children frightened by ghosts, ghouls and mummies. The Book Doctor prescribes a dose of wacky witches, cautious cats and tasty treats to calm a few nerves

via Are there any Halloween stories that aren’t scary? | Children’s books | theguardian.com.