You are here: Home / Archives for roundup

This roundup of YA titles in the Irish Times culminates in a summary of And The Ocean Was Our Sky, the latest title form Patrick Ness:

“This is an elegant novella with a mythic feel, beautifully illustrated by Rovina Cai, whose black-and-white (with the occasional striking, powerful splash of red) drawings capture the dreamy sense of this world, even as its preoccupation with power reflects our own. Another modern classic from Ness.”

Other novels reviewed in this piece (by Claire Hennessy are:

There’s a rich harvest of historical adventure for readers of eight-plus this month. Set in the late 18th century, Catherine Johnson’s Freedom (Scholastic) is the powerful story of Nathaniel, brought from Jamaica to England solely to tend pineapple plants aboard the ship by masters who have sold off his mother and sister. Believing that all slaves are free on English soil, Nat looks forward to making his fortune and buying back his family; swiftly disillusioned, he begins to plan his escape. At times harrowing (especially during its description of the Zong court case in 1783, dealing with the murder of 133 slaves at sea), the story is also filled with humour, compassion and hope – humanity’s worst and best, shown side by side.

Candy Gourlay’s Bone Talk (David Fickling) is set in the Philippines at the end of the 19th century. Ten-year-old Samkad, of the Bontok tribe, is desperate to prove himself against the enemy Mangili. Seismic change is coming, however, in the form of other invaders, offering contempt and treachery along with gifts of sweets and guns. Can the Bontok survive the Americans, as well as the Mangili? Gourlay’s evocative writing grips from the outset.

Amid this angsty abundance, who or what is being resisted and persisted against is kept mostly in the shadowy realm of understatement, though in the Hudsons’ book there are references to bullies and kids in MAGA hats. In Ms. Styron’s handbook, the actress Lena Dunham bemoans the “slight condescension” of doctors. Ms. Styron herself inculpates “the people in control of things” and “some sects” that in history “have done a pretty bang-up job of oppressing other sects.” Ms. Rich, in “Girls Resist!,” blames “society” for giving young women “messed-up notions” and encourages activists to identify their “enemies” by compiling lists of those who are “entrenched in the opposite view.”

Listing enemies, tabulating “daily oppressions” (Ms. Rich again), sewing up a man’s mouth, even on paper—it seems such a joyless way to spend the fleeting years of adolescence. I suppose there’s a market for everything.

The stand-out title this month is a picture book, Julian Is a Mermaid by Jessica Love (Walker). When Julian sees three women dressed as mermaids, he wants to be one too; but how will his Nana react? In this bravura feat of understated storytelling, the richness of Julian’s day-to-day reality and free-floating imagination is caught in images layered with colour, movement, muscle and life, celebrating black and Latin experience. Julian invents a tail and flowing hair, and Nana’s acceptance, as she accompanies him on a wild parade of mermaids, will leave the reader filled with joy.

via Children’s and teens roundup: the best new picture books and novels | Books | The Guardian. 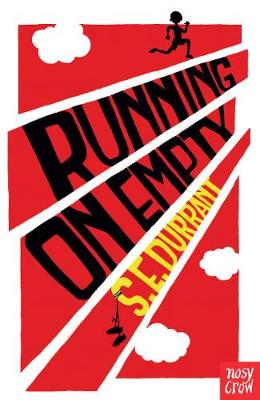 Lyrical, moving and realistic, SE Durrant’s Running on Empty (Nosy Crow £6.99, 8-11) is about the struggle of an 11-year-old carer who is starting secondary school and wants to run like Usain Bolt. With a rich and diverse cast, it sings.

A multiple prize-winning hit in Wegelius’s native Sweden, this extraordinary book acquires a passport full of stamps – Portugal, Egypt, India, Greece – as it masterfully juggles skulduggery and malaria, accordion-making and aeronautics, fado and pastries, police corruption and at least two love stories. To say anything more would spoil what is a rare treat: a book you want to thrust into the hands of children and adults alike.

said Ktty Empire of The Murderer’s Ape (Pushkin £16.99) by Jakob Wegelius in her roundup of older children’s fiction in Sunday’s Observer….

For the Sunday Times, Nicolette Jones chose Katherine Rundell’s The Explorer as her lead Children’s Book of the Year calling it “an honourable successor to Eva Ibbotson’s great novel Journey To The Sea.”

Rundell also had another title listed. Amongst the recommendation for 5-8 year olds was One Christmas Wish

While I was busy compiling the ACHUKA Best We’ve Read In 2017 feature, there were some weekend roundups I haven’t posted links to yet.

First up Imogen Russell Williams, having also picked some illustrated highlights for TLS (see this previous post), made her across-the-ages selections for The Guardian…