You are here: Home / Archives for Romanticism 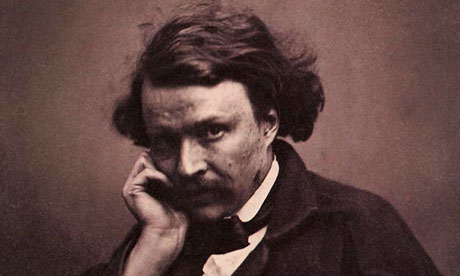 Nadar was the man who introduced me to Paris, and to romanticism. He was the first great French portrait photographer of the 19th century, and a master of visual biography. His Panthéon Nadar of 1854 was originally a collection of nearly 300 literary and artistic caricatures, drawn in an arch, psychologically penetrating style later inherited by the American cartoonist David Levine. By 1870, it had become a fantastic photographic archive, in which every writer, painter, musician, dancer, singer and actor of note in the second empire – from Victor Hugo to Édouard Manet, Hector Berlioz to Sarah Bernhardt – was not merely recorded, but shrewdly observed. His sequence of photographs of his friend Charles Baudelaire, for example, is in effect a life study of the poet…

Despite his rackety life, he lived to be 89. He was in some ways his own best creation, and “Nadar” was both an artistic signature and a shrewd commercial logo. His real name was Gaspard-Félix Tournachon: a tall, exuberant man with a vibrant circle of friends and a beloved wife. Jules Verne called him “an Icarus with replaceable wings”. So this brooding self-portrait, taken in 1854, is a typical Nadar paradox. Never trust a biographer on the subject of himself. I shall always be grateful to him.

via My hero: Félix Nadar by Richard Holmes | Books | The Guardian.