You are here: Home / Archives for refugees 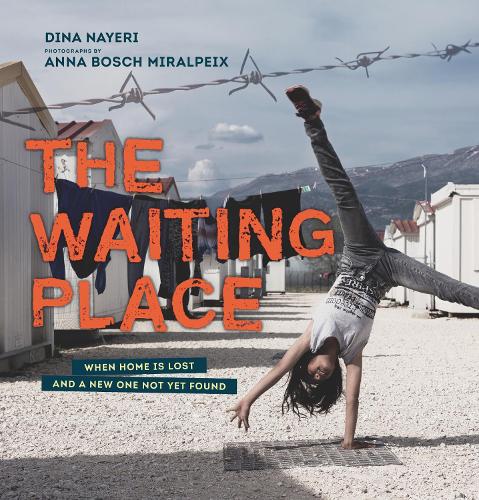 “The strength of the volume is its focus on real children, including five-year-old Matin from Afghanistan, his friends Ahmad and Hashmat, and his ten-year-old sister Mobina and her friends. Both text and photos compassionately humanize young refugees who, despite coping with unimaginable trauma, have talents and dreams; readers will come away with a deeper understanding of the refugee crisis, which is addressed more fully in a lengthy afterword.” Horn Book

An unflinching look at ten young lives suspended outside of time – and bravely proceeding anyway. Each lyrical passage leads the reader from one story to the next, revealing the dreams, ambitions, and personalities of each displaced child. The stories are punctuated by intimate photographs, followed by the author’s reflections on life in a refugee camp.

Anna Bosch Miralpeix is a documentary photographer whose projects include the award-winning Bubble Beirut. A graduate of the Institute of Photographic Studies of Catalonia, she is also a teacher and visual project developer. 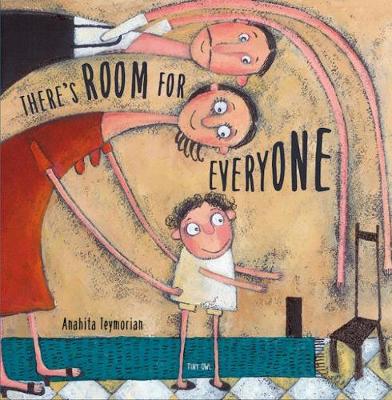 There’s Room For Everyone by Anahita Teymorian is the launch title (publishing later this month) in a projected new series from Tiny Owl called ‘Hope In A Scary World’.

Tiny Owl’s publisher Delaram Ghanimifard says, “I think we underestimate children. We cover their eyes and their ears and hope they won’t see and hear: but they do see, and they do understand. So we need books for children, in their own playful way, to show them what’s wrong with the world and how they can fix it! And that there’s always hope.”

She says they chose There’s Room For Everyone as the launch title “Because even today, we’re still facing problems around refugees and immigration, and people thinking that the world belongs only to themselves. This book was perfect to show how silly that idea was, and how with kindness, we can all live happily in this world.”

Fiona Dunbar was especially touched Judith Kerr contributed, as the Berlin-born writer was a refugee, escaping from Hitler’s Germany in 1933.

Setting up the blog Authors for Refugees, Ms Dunbar used her arts contacts to auction a signed poster by Doctor Who actor Peter Capaldi, helping her raise around £25k.

Ms Dunbar wrote on her blog: “This humanitarian crisis is so vast, I think that for many it’s overwhelming. I know a lot of amazing people who have given their lives over completely to working to help refugees, in Calais and other camps, others who have set aside prolific careers in order to give months of their time.

“Having spent just one week volunteering at the Khora Refugee Centre in Athens, I understand why. You do not walk away from this. You experience it, and it changes you forever.”

At the time of this blog posting the Running Total for donations received stands at £141,151 from The Telegraph’s report:

The novelists Patrick Ness and John Green are en route to raising £40,000 for Save the Children in four hours as part of an appeal to help refugees affected by the crisis in Europe.

Ness, an award-winning children’s author who has twice won the Carnegie Medal, set up a fundraising page in an attempt to do something concrete.

“My angry tweeting does pretty much nothing. Except say, maybe, that this isn’t in my name. Which feels right but feeble,” he wrote, shortly before posting a link to a page in which he promised to donate £10,000 to Save the Children once the public had donated the same amount.

The target was reached within two hours.

John Green, whose bestselling young adult novel The Fault in our Stars was made into a successful Hollywood film last year, then offered to match the next £10,000.

The total currently stands at more than £18,115. Derek Landy, author of the children’s series Skulduggery Pleasant, has offered to match the next £10,000 should the fundraising reach £30,000.

via Authors Patrick Ness and John Green raise more than £18,000 for refugees in four hours.

The stories of refugees leaving North Africa in risky attempts to cross the Mediterranean, so much in the news, give a painful timeliness to the plight of a young boy and his grandfather in “Close to the Wind” (David Fickling, 290 pages, $17.99), a novel for 10- to 14-year-olds. In a bid for universality, first-time author Jon Walter has not situated his story in an obviously recognizable country—it might be Argentina, it might be anywhere—and the effect is to raise the tale of one child’s journey almost to allegory.