You are here: Home / Archives for refuge 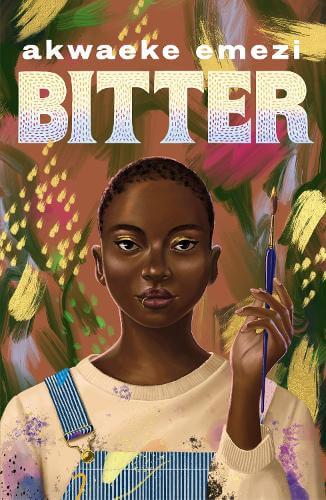 What a great opening this book has:

Bitter had no interest in the revolution.

She was seventeen, and she thought it was ridiculous that adults wanted young people to be the ones saving the world, as if her generation was the one that had broken everything in the first place. It wasn’t her business. She was supposed to have had a childhood, a whole world waiting for her when she grew up, but instead kids her age were the ones on the front lines, the ones turned into martyrs and symbols that the adults praised publicly but never listened to because their greed was always louder and it was easier to perform solidarity than to actually do the things needed for change. It didn’t matter. None of it fucking mattered.

Set in the fictional city of Lucille — also the setting for Emezi’s earlier YA novel, Pet — the book needs to be read in the context of the George Floyd Black Lives Matter protests that have shaken American cities since 2020 and often been marked by police brutality.

It’s a YA read very much for a teenage audience, just as Malorie Blackman’s books are squarely pitched at a teenage rather than crossover or adult readership. Anyone who enjoyed Emezi’s adult novel The Death Of Vivek Oji will perhaps be somewhat disappointed by the relative sparseness of style in Bitter. This is not to say that the narrative is not spirited and enlivened with page turning momentum. It most certainly is. I read it in one and a half sittings. Language is largely given over to narrative and dialogue — all delivered in a conventional past tense (cause for celebration in itself). Colourful description is reserved in the main for characters’ clothing. “Her grey hair flared out wild and curly from her scalp, and she was wearing a purple suit the color of smashed berries.” That is Miss Virtue, an emblematic character in charge at Eucalyptus, a school and refuge (also emblematic) for young artists. [American spelling is retained throughout the book.] On the rare occasion when figurative language is applied to the narrative, it can come across as too showy. “Bitter took a gasping step away from Miss Virtue, betrayal flowering in her chest like a wildfire.” I think an editor should have advised a full-stop after Miss Virtue.  Fortunately, the very next sentence pulls it back: “She felt Aloe grab her hand, his palm cool and textured against hers, a new anchor as she span adrift.” Here the figurative language is spot on, the metaphor working with much more precision than the flowering/flowery simile. This was a rare point in the book (very near the end) where I noted a hiccup in the writing. For the most part, as I have implied, it speeds along with the reader not being made aware of style.

As the story reaches its climactic confrontation between the protesters from the Assata movement and Lucille’s corrupt leaders, the novel begins to read like high fantasy, and not necessarily in a bad way. A work of art begets an angel of vengeance. Violence erupts. There is death and injury (an eye shot out by a rubber bullet). Bitter, the main character, is aghast at what her art has unleashed.

Emezi is an enthralling writer and teenagers are lucky that she has chosen to write for them.

[from Faber’s publicity]
Bitter is thrilled to have been chosen to attend Eucalyptus, a special school where she can focus on her painting surrounded by other creative teens. But outside this haven, the streets are filled with protests against the deep injustices that grip the town of Lucille. Bitter’s instinct is to stay safe within the walls of Eucalyptus… but her friends aren’t willing to settle for a world that the adults say is ‘just the way things are.’ Pulled between old friendships, her creative passion, and a new romance, Bitter isn’t sure where she belongs – in the art studio or on the streets.