You are here: Home / Archives for prizes

Full lists of the nominees are on ther weblink:

The Authors’ Club have announced the shortlist for their Best First Novel Award:

We are delighted to announce the shortlist for the Authors’ Club Best First Novel Award 2013. The six books were selected by a panel of Club members after intense and wide-ranging debate.

“The more unanimity in a longlist,” commented the chair of judges, literary critic Suzi Feay, “the fiercer the fighting will be with the shortlist – over titles which we had already agreed are wonderful books…  It’s less trouble electing a new Pope.”

The shortlisted titles are:

The six books were chosen, after intense and wide-ranging debate, from an exceptionally strong longlist, which included such outstanding contenders as The Unlikely Pilgrimage of Harold Fry by Rachel Joyce, Every Contact Leaves a Trace by Elanor Dymott, Alys, Always by Harriet Lane, The Panopticon by Jenni Fagan, A Lady Cyclist’s Guide to Kashgar by Suzanne Joinson and Ramshackle by Elizabeth Reeder.

There will be a reading from the shortlisted novels by their authors at Foyle’s bookshop, 113-119 Charing Cross Road, London, WC2H 0EB, on Wednesday 15 May.

The winner will be announced and the £2500 prize presented at a reception at the National Liberal Club on Monday 3 June by this year’s guest adjudicator, the acclaimed novelist Salley Vickers.

Longlisted titles that failed to make the cut: 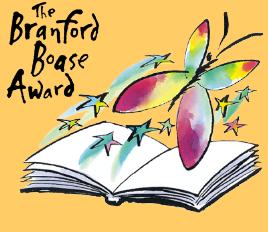 For the second year running, over 60 books were submitted for the award, an indication of the wealth of talent amongst new authors for children, and of UK publishers’ enthusiasm to nurture and promote them. The shortlist is particularly varied and includes outstanding novels for young readers, historical romances, a ghost story, a challenging dystopian thriller and a time-travel adventure set in 16th century London, the last by a writing duo. The seven shortlisted books are:

The winner of the 2013 Branford Boase Award will be announced on Thursday 11th July at a ceremony in London. The winning author receives a cheque for £1,000 and both author and editor receive a unique, hand-crafted silver-inlaid box in the shape of a book.

One of New Zealand’s best loved authors has had the country’s top award for children’s books renamed in her memory.

Mahy was a previous finalist and winner of the New Zealand Post Children’s Book Awards and is a finalist in this year’s picture book category for her book Mister Whistler. 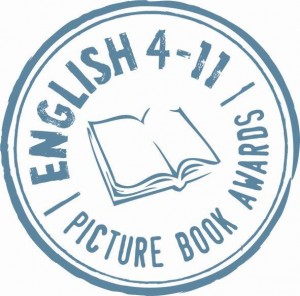 Established in 1995, these awards are presented annually by the English Association to the best picture books of the previous year, in four categories:  Fiction 4-7 and 7-11 yrs, and Non-Fiction 4-7 and 7-11 yrs. The winning books are chosen by the editorial board of English 4-11 from a shortlist of 12-18 books selected by a panel of teachers, with input from children. The prizes are awarded at the English Association’s Annual General Meeting each May, and the winning and shortlisted books are featured in a full-colour poster in the summer issue of the journal.  This poster is also circulated to libraries, children’s bookshops and other interested parties. English 4-11 is the only journal dedicated to English in the primary classroom.  It is a joint publication of the English Association www.le.ac.uk/engassoc  and the United Kingdom Literacy Association www.ukla.org

The Awards will be presented to the winning authors, illustrators and publishers at the English Association’s AGM on Wednesday 15 May at the British Academy in London.

This year’s Winners are:

Where My Wellies Take Me by Clare and Michael Morpurgo, illus. by Olivia Lomenech Gill, Templar Publishing

How We Make Stuff by Christiane Dorion, illus. by Beverley Young Templar Publishing