You are here: Home / Archives for parents 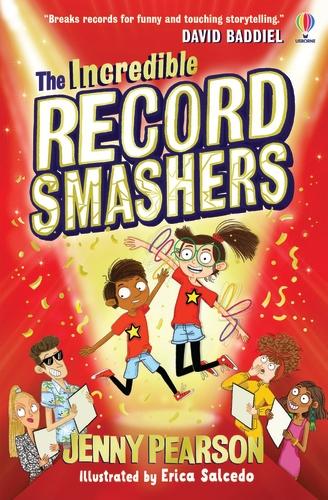 “This funny, moving novel brilliantly combines humour and empathy to give children a realistic but hopeful depiction of parental depression that they can understand and discuss with others.”
BfK 5-star review

Lucy is a fixer of broken things. But there’s one thing she can’t fix and that’s her unhappy mum. Until she comes up with an INCREDIBLE plan. Along with her best friend, Sandesh, Lucy is going to SMASH a world record. Because she’s convinced that starry Paul Castellini – Record Smashers TV host and singing legend – is the answer to her mum’s problems. But breaking a world RECORD when watermelons, kumquats, two baddies and a 30 cm shatter-resistant school ruler are involved isn’t quite as easy as Lucy thought. Can she learn that sometimes happiness doesn’t come with a plan? 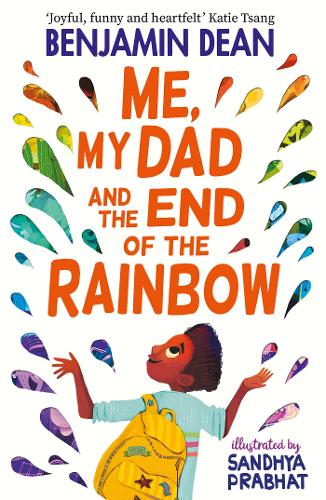 ‘One of the most joyful books you’ll read this year.’ – The Bookseller

Things aren’t going great for Archie Albright. His dad’s acting weird, his mum too, and he all he wants is for everything to go back to normal, to three months before when his parents were happy and still lived together. When Archie sees a colourful, crumpled flyer fall out of Dad’s pocket, he thinks he may have found the answer. Only problem? The answer might just lie at the end of the rainbow, an adventure away.

Together with his best friends, Bell and Seb, Archie sets off on a heartwarming and unforgettable journey to try and fix his family, even if he has to break a few rules to do it… 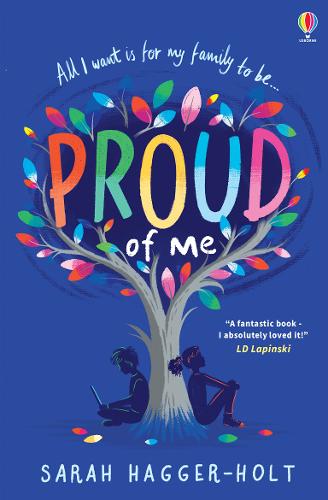 An accessible child-centred story about self-acceptance and the importance of opening up to those closest to you.

Becky and Josh are almost-twins, with two mums and the same anonymous donor dad. Josh can’t wait until he’s eighteen, the legal age when he can finally contact his donor, and he’ll do anything to find out more – even if it involves lying. Becky can’t stop thinking about her new friend, Carli. Could her feelings for Carli be a sign of something more? Becky and Josh both want their parents to be proud of them…but right now, they’re struggling to even accept themselves.

Warmly recommended, and not just for Eoin Colfer’s humorous description of his 1970s childhood:

I grew up in a dark time, dear reader. A time when there were only two TV channels and an inordinate amount of the programmes on these channels seemed to feature cows being sold or elderly men pounding their knees with spoons. We had heard rumours of the existence of a video game, but that was in America and needed a supercomputer the size of a slurry tank to play it. And if you wanted to enjoy modern music you were forced to drop a metal needle with pinpoint accuracy onto a revolving and fragile plastic disk. Honestly it was easier for Indiana Jones to steal the golden idol than it was for me to listen to Pink Floyd.

Julia Donaldson, the former children’s laureate, has been criticised by angry parents after her latest picture book featured a character smoking, with reviewers calling it “inappropriate”, “uncomfortable” and “disgusting”.
Donaldson’s latest book, The Scarecrows’ Wedding, features a self-proclaimed “dashing” scarecrow who blows smoke rings with a cigar to impress his intended beau.
Parents who bought the book, which is aimed at young children, have now complained in online reviews about its content

Booktime, run by Booktrust and Pearson, will give away its ten millionth book to four year old Ruby on today’s Daybreak programme. Appearing alongside Loose Women presenter and Coronation Street actress Sally Lindsay, who acts as the ambassador for Booktime this year, Ruby will be given her book pack on live breakfast TV.

Booktime (www.booktime.org.uk) has been giving books to reception-aged children for eight years, and is about to give out its ten millionth book. The scheme aims to inspire a lifelong love of reading, giving two free books to 765,000 reception-aged children in England and Wales in the 2013-2014 year of school. This year’s books for children in England are Charlie and Lola’s But Excuse Me That is My Book, published by Puffin, an imprint of Penguin Children’s, and Tom’s Mad Mop, from the Bug Club series by Pearson UK, part of Pearson’s education business. Four to five-year-olds in Wales will receive Charlie and Lola’s But Excuse Me That is My Book as well as a Welsh language title. In addition, every primary school and library can also access free guidance and activity sheets on the Booktime website, with extra resources for libraries and parents also available.
Leading personalities including Mount Pleasant actress and Loose Women presenter Sally Lindsay, comedian Lenny Henry, TV presenters Holly Willoughby, Piers Morgan, Matthew Wright and ITN’s Julie Etchingham, along with Malorie Blackman, Waterstone’s Children’s Laureate, have joined forces to lend their support to this initiative that encourages parents and carers to spend time reading for pleasure with their children.

This year, for the first time, children, together with their parents and carers, can log onto the Booktime website www.booktime.org.uk for free e-books to read online from Pearson. They will also be able to listen to the books being read aloud as well as access free games and activities.

Children as young as eight years old are being turned off reading because of a lack of “quiet time” in childhood, combined with greater access to digital resources from a young age, according to the latest Reading Street report from Egmont, entitled Reading and the Digital World.
Egmont’s research found that children’s growing access to digital resources is coinciding with a decline in being read to at home and at school, resulting in many children not enjoying reading.
Alison David, consumer insight director for Egmont UK, said: “There seem to be fewer times when children are at a ‘loose end’—the times that they would traditionally pick up a book to read—while digital devices are at their fingertips from a very young age.”
Research by Bowker (Understanding the Children’s Book Consumer in the Digital Age) indicates that the key “shift” from books to digital platforms occurs between the age of seven and eight, with the new patterns established by the age of 11.
The Reading Street research among families confirms this, finding that parents take a step back once their children can read relatively competently—usually age seven or eight—hoping and believing they will go on to become independent readers.  But, it adds, “Parents stepping back tends to happen at an age and a stage in a child’s development when the digital world is calling very loudly: friends are becoming increasingly important; and having and doing the same things—such as social networking, gaming and texting—all become playground currency. And it is at this vulnerable age in reading progression that parents let go of their child’s hand.”

via Lack of 'quiet time' hits children's reading | The Bookseller.

The study forms part of ongoing research by Reading Street into the reading habits of 12 families across four regions of the UK: Bristol, Edinburgh, London and Manchester.

A survey of 1,000 children by Oxford University Press found around two-thirds of six year olds said they enjoy reading with an adult. Yet, that figure plummets to 44 per cent among children who are just a year older. Half of eight and nine year olds were rarely or never read to at home.

Additional research from The National Literacy Trust found pupils are 13 times more likely to read above the expected level for their age if they enjoy books for pleasure.

James Clements, a former headteacher at an outstanding primary school who worked with OUP on the study, said: ‘All the research proves that reading for pleasure is inextricably linked to attainment and benefits all aspects of children’s lives.

‘Parents need to understand the huge impact reading with their children can make and how vital it is that reading for pleasure doesn’t stop at the school gate but is continued at home.

‘Just ten minutes of reading with their child every day is one of the best ways they can support their education.

‘Reading together six days a week means an extra hour of support for a child. It’s definitely cheaper than an hour with a tutor and it could make a much bigger difference.’

via How stopping bedtime stories too early can damage children’s literacy: Those who are read to are more likely to enjoy books | Mail Online.

I stumbled on this video on the National Trust website – TV producer, Stephen Moss, explaining why he believes children need outdoor play.
It has had only a little over 1000 views in a year and deserves wider broadcast.

Huge response in the comments section to this piece…

What price progress? The answer for parents who send their children to state schools for what they thought would be a free education is that it can be very high indeed. More and more parents are being asked to buy tablet computers for their children to use in class, at a cost of several hundred pounds. And the move is drawing grumbles from families on tight budgets and fuelling fears of a “digital divide” in education.

via Schools ask parents to stump up £200 for iPads | Education | The Observer.