You are here: Home / Archives for Orion

Liz Kessler is gearing up for a stellar 2015, with Orion lining up her first YA novel and the sixth book in the popular Emily Windsnap series—for which a film deal is in the works.
The YA novel, Read Me Like a Book, is a coming-of-age and coming out novel about a 17-year-old girl called Ashleigh. Orion, which will publish the book under its Indigo imprint in May next year, said Read Me Like a Book marks Kessler out as a “brilliant new voice in UK YA literature celebrating diversity”.
Kessler began the book more than 10 years ago but was inspired to send it off for publication last year, saying the “timing was right”.

via Kessler comes of age | The Bookseller.

Both the slideshow and gallery it links to display low-res images.

I am very happy to provide fullzise file versions on request.

It was a great party.

Meeting and chatting with Johnny Cash’s biographer, Robert Hilburn, was an unexpected surprise and pleasure. Unfortunately I got talking to him near the beginning of the evening, before I started taking photos, so he doesn’t appear in any of the pictures.

The book builds on a childhood memory included in Richards’ autobiography. The picture book has been written by Barnaby Harris and Bill Shapiro.

Rolling Stone Keith Richards is to publish a picture book with illustrations by his daughter.
Gus & Me: The Story of My Granddad and My First Guitar will be published in September, simultaneously in the UK by Orion Children’s Books and in the US by Little, Brown Books for Young Readers.
The hardback edition of the book will also include an audio CD featuring bonus book content, plus selected photographs from the Richards family collection.
…
Fiona Kennedy, m.d. and publisher, Orion Children’s Books, said: “I can only…say how much we are looking forward to publishing Gus & Me, an amazing father-daughter collaboration that has produced an utterly charming and beguiling book, which will become a family favourite.”

via Orion Children's Books gets Keith Richards story | The Bookseller.

The founder of the Bath Festival of Children’s Literature, John McLay, has visited a primary school to promote his new book, [published by Orion on their Early Readers list].

He has worked with Horrible Histories illustrator Martin Brown to publish his debut children’s book The Dragon’s Dentist.

In a deal for world rights, Fiona Kennedy, MD and Publisher of Orion Children’s Books has acquired DEMOLITION DAD and three other titles by Phil Earle from Jodie Hodges at United Agents.

Phil Earle says of the deal:

“I’m delighted to be joining Orion’s magnificent list. The belief they have shown in my middle grade stories has been overwhelming, and I’m excited about paying back that faith over many books.  want the stories to be warm, funny and touching, and can’t wait to play with subjects that obsessed me as a kid. My dad always said I was wasting my time endlessly watching Hulk Hogan wrestle, so I intend to prove him wrong with DEMOLITION DAD, the story of a boy whose father happens to be a rather crummy British wrestler.  I hope it pays homage to what Roald Dahl did so well.  It’s like Danny, The Champion of the World, but with an awful lot of Spandex.”

“We couldn’t be more delighted to welcome the hugely talented Phil Earle, the King of Sting, to our list.  All of us admire his clever, intuitive writing, but stand by for his fabulous first middle-grade stories – Demolition Dad is a lot of fun and shows off Phil’s skills at their sparkling best.”

DEMOLITION DAD is set for publication in summer 2015, with further titles to follow. The books will be edited by Orion Children’s Books’ Commissioning Editor Jenny Glencross.

Earle’s debut novel, BEING BILLY, was nominated for a dozen awards, including the Carnegie Medal and the Waterstones Children’s Book Prize. His most recent novel, HEROIC, has just been longlisted for the CILIP Carnegie Medal 2014. DEMOLITION DAD will be his first book for middle grade readers.

Sally Gardner interviewed in The Observer
about her new novel Tinder

I told my editor, “It’s not for children”. I wanted to do an anti-war book. What I really wanted to write about was the thirty years’ war [which raged from 1618 to 1648]. It was a grotesque historical episode. It was the first time on a battlefield that they would assemble 1,000 men and they would march forward like a machine in these square formations. Now, with the first world war anniversary coming up, we are entering this era of glorification. But it wasn’t glorious. It was a calamity.

via Sally Gardner interview: ‘Poor young men in Britain are still cannon fodder for the army’ | Books | The Observer.

Rebecca Davies (@TheStoryMonster) asks Jenny Glencross, Commissioning Editor for Orion Children’s Books and their YA imprint, Indigo, for her top five dos and don’ts when it comes to getting your children’s book published.

Marcus Sedgwick’s SHE IS NOT INVISIBLE, coming 3 October 2013 from Orion/ Indigo, is to be published simultaneously in hardback, eBook (with text to speech), audio,  large print (via AudioGo), and in Braille and Daisy format (via the RNIB), enabling it to be fully accessible to all readers.

The unabridged audio edition of SHE IS NOT INVISIBLE will be read from the braille by actor Anna Cannings. Anna is a London-based Actor, Voice Artist, Model, Writer and Motivational Speaker. Anna will also be featuring on the soon to be launched book trailer for SHE IS NOT INVISIBLE; our first trailer to promote the audio, physical and eBook editions simultaneously.

As part of the publication activity, Orion/ Indigo and Marcus Sedgwick have teamed up with the Royal National Institute of Blind People (RNIB) to help celebrate Read for RNIB day on the 11 October, a fundraising campaign which aims to make reading more accessible for blind and partially sighted people.

SHE IS NOT INVISIBLE will form part of a special project with The Reading Agency, New College in Worcester (a national school and college for students who are blind or partially sighted, and inspiration and research for Marcus in the writing of the book) and the RNIB.

Set in London and Manhattan, SHE IS NOT INVISIBLE explores obsession, trust and coincidence in a page-turning thriller about Laureth Peak’s mission to find her missing father.

The author says of the simultaneous editions:

‘Any idea how few of the tens of thousands of books that are published every year are also published in Braille, for blind and visually impaired readers? Less than 1%. This seems hard to understand in a world where technological advances are revolutionising so many aspects of the book world. And indeed, there are now devices to scan any printed book, and turn it into either synthesised speech or a file that can be loaded into a portable Braille reader. But this is a slow and arduous process and one that is further hampered by changes in the hardware and software involved. Of course, many blind people prefer to ‘read’ their books in the form of audiobooks, and though more audiobook versions are published than Braille editions, the total number still falls way short of the titles available to the sighted community. I am therefore delighted to be able to say that my new book, She Is Not Invisible, will be available, at the same time as the printed edition, in a Braille edition, and as an audiobook.’

Orion has reported that e-book sales of Gillian Flynn’s Gone Girl have accounted for 60% of [UK] paperback sales.
The publisher said the novel had sold 250,000 e-books since release across all territories, compared with 410,000 mass market paperbacks, citing it as Orion’s highest ever proportion of e-book to physical sales. In the US, the e-book has sold more than double the copies of the physical book, the publisher added.
Nielsen BookScan has recorded 418,879 copies sold through the UK TCM since the book’s release last year, for a value of £2.2m.
Orion General m.d. Lisa Milton said: “Only a year ago it would have been impossible to believe a novel could sell over a quarter of a million e-books within a few months. As long as there are readers, how anyone chooses to read a book—whether hardback, paperback, audio or e-book—doesn’t matter.”

via Gone Girl e-books 60% of paperback sales | The Bookseller. 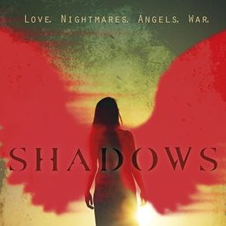 In a deal for UK and Commonwealth rights, excluding ANZ and North America, Jenny Glencross, Commissioning Editor at Indigo has acquired the third and fourth novels in the REPHAIM sequence by Australian author, Paula Weston from Jane Finegan at Lutyens & Rubinstein, on behalf of Text Publishing.

The first novel, SHADOWS, was published in January 2013, and the second, HAZE, follows in October 2013. The third and fourth novels, newly acquired, will be set for publication in 2014 and 2015.

Paula Weston is a Brisbane-based author and co-owner of a two-woman writing/design consultancy. She is an avid reader and blogger and a huge fan of Australian literature and fantasy/paranormal stories.

Jenny Glencross says of the new deal…
“I’m so thrilled we’re acquiring more books in this fantastic series – not least because I’m desperate to find out what happens next. The reviews of Paula’s first book, Shadows, speak for themselves. These books really are a cut above the rest of the angel books out there and Paula is a YA writer to be reckoned with.”