You are here: Home / Archives for obituary

Jill Barklem, who has died of pneumonia aged 66, was the creator of the Brambly Hedge children’s titles, a richly imagined and beautifully illustrated series of stories that are a fine example of the pastoral tradition in children’s books. Inspired by her observations of the countryside around Epping in Essex, where she grew up, Jill created the series on the underground as she commuted to her degree course at St Martin’s School of Art in central London. Hating the overcrowded trains, she transported herself to a place of her own imagining that offered peace, space and friendliness, populating it with a community of mice. 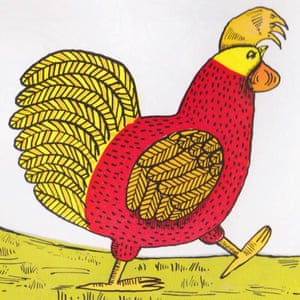 Pat Hutchins, who has died aged 75, was an award-winning illustrator and author, best known for her 1968 children’s book Rosie’s Walk. She created more than 40 picture books and short novels, all of which show her storytelling skills, her tremendous sense of humour and her warmth for children.

The work of the Opies was key to my developing the interest in primary-aged children that led me to enrolling, in the mid-1970s, on a PGCE course to teach 5-9 yr olds. And for me one of the pleasures and privileges of the time I spent working in schools was being able to watch children at play in their various break times. I still miss that.

As these obituaries of Iona Opie, who long outlived her husband, make clear, the couple had an approach to their work which more resembled that of artists rather than scholars.

Both their combined work, and that of Iona Opie after Peter died, will be a treasure trove for decades (indeed, centuries) to come.

Their first publication was I Saw Esau (1947), a slim precursor of the wide spines of The Oxford Dictionary of Nursery Rhymes (1951) and The Oxford Nursery Rhyme Book (1955). The Opies applied years of rigour to an oral culture too commonplace to have received attention before: their scholarship, informally communicated, was important to the postwar discovery of the words of ordinary people. “It took 50 generations to make up Mother Goose,” Iona said. “Nursery rhymes are the smallest great poems of the world’s literature.”

They slogged on. “We stayed home and plod, plod, plodded along.” The Opies wanted to do fieldwork among the juvenile tribes of Britain, about whom anthropologists knew nothing; they ignored claims that traditions were dead and recruited helpers to question children in 70 schools. The Lore and Language of Schoolchildren (1959) revealed a complex, secret society with its “own code of oral legislation for testing, betting, swapping, keeping secrets”.

The tribes remembered from generation to generation a codex of knowledge, yet could speedily disseminate a joke nationwide. This society was unsentimental, anti-authoritarian, aware of the absurdity of adults. The book that recorded it – just before its customs were changing with the commodification of childhood – was on all the reading lists for the new subject of sociology in the 1960s.

On the Opies plodded, no car, no telly, interviewing thousands for Children’s Games in Street and Playground (1969) and filing folk fictions for The Classic Fairy Tales (1974); they also anthologised children’s verse.

Richard Wilbur, whose meticulous, urbane poems earned him two Pulitzer Prizes and selection as the national poet laureate, died on Saturday in Belmont, Mass. He was 96.

Wilbur’s poems have been reguarly included in children’s anthologies and on a few occasions – for example, The Spig In The Spigot – he published with a young audience directly in mind.

Czech artist Karel Franta, the author of illustrations of books for children and winner of a number of international awards, died at the age of 89 on Wednesday.

Franta illustrated more than 100 books for children, mainly by Czech authors, and also the production of foreign, particularly German-language publishers.

via Children’s Book Illustrator Karel Franta Dies At The Age Of 89.

Peter Spier, an award-winning children’s-book author and illustrator who depicted Noah’s biblical journey, told the story of the Erie Canal to the words of the song “Low Bridge, Everybody Down” and gave voice to the sounds of hundreds of animals like hippos (“RRUMMPF) and starlings (“FEE-YOU”), died on April 27 in Port Jefferson, N.Y. He was 89.

via Peter Spier, Illustrator of Children’s Books, Dies at 89 – The New York Times.

It was good to see the death of Babette Cole being given the media attention it warranted yesterday, with substantial coverage on both BBC radio and TV news.

These obituary links will be added to as they appear….

Paul Goble, arguably South Dakota’s most celebrated children’s author and illustrator, died Thursday morning at his home on Ninth Street. He was 83.

Goble, who won the prestigious Caldecott Medal in 1979 for his book “The Girl Who Loved Wild Horses,” was a multi-faceted artist, writer and naturalist who first visited the American West in 1959. Infatuated with the Black Hills’ landscape, birds, free-roaming wildlife and Native American lore, Goble moved permanently to the Black Hills in 1977.

Brian Wildsmith, who has died aged 86, was the award-winning illustrator of more than 80 children’s picture books, whose explosive use of colour made them immediately recognisable to young readers all over the world.

Together with Quentin Blake and John Burningham, he influenced a generation of illustrators and publishers in the 1960s, when opportunities for better colour reproduction were growing.

The armadillo, butterfly, cat and other creatures in his alphabetical first book, ABC (1961), were sufficiently distinctive and innovative to win him the Kate Greenaway Medal awarded by UK children’s librarians. Encouraged by Mabel George, the children’s books editor at Oxford University Press, who championed him from the start of his career, and by subsequent editors, he published at least one and usually two books a year throughout the 1960s and 1970s.

Joyce Carol Thomas, a poet, playwright and award-winning children’s writer whose work portrayed the complexities of African-American rural life, a subject often simplified in young-adult fiction, died on Aug. 13 in Stanford, Calif. She was 78.

Her death was confirmed by her sister, Flora Krasnovsky, who said Ms. Thomas had had cirrhosis of the liver from hepatitis c, which she had contracted from a blood transfusion.

Ms. Thomas wrote mostly adult plays and poetry before the publication of her first young-adult novel, “Marked by Fire,” in 1982. It won the National Book Award for children’s fiction in 1983.

via Joyce Carol Thomas, Who Wrote of African-American Life, Dies at 78 – The New York Times.