You are here: Home / Archives for obit

British writer and illustrator, the creator of Elmer and Mr Benn, has died aged 87.

A selection of obituaries:

Just as the only true Pooh is the one drawn by EH Shepard, in the annals of children’s bears the real Paddington is the one created by Peggy Fortnum. No matter that there really was a tiny toy bear, bought by the author Michael Bond in Selfridges as a last-minute stocking filler for his then wife Brenda on a rainy Christmas Eve 1956.

All the essential Paddington characteristics — the loveable bear face, the expressive shoe-button eyes, the sharp claws, the floppy sou’wester hat and duffel coat — came from the imagination of his original illustrator.

via Peggy Fortnum | Register | The Times & The Sunday Times.

Kamala Laxman, a well-known author of children’s books and widow of legendary cartoonist R.K. Laxman, died due to old age, her son said. She was 90.

Kamala Laxman is survived by her son Srinivas, daughter-in-law Usha and granddaughter Rimanika.

“She was not keeping too well and was suffering since my father’s death last year. After his death, she had said ‘I will join you soon’. It appears her wish was fulfilled today,” said Srinivas.

With many children’s books to her credit in the 1970s, Kamala was commissioned by the India Book House to write a series for children.

Among her notable books are The Thama Stories and her book Raman of Tenali & Other Stories, Thama and His Missing Mother, among others, many of which were illustrated by her husband, R.K. Laxman.

Vera B. Williams, a writer and illustrator for young people whose picture books centered on the lives of working-class families, a highly unusual subject when she began her work in the 1970s, died … at her home in Narrowsburg, N.Y. She was 88.

The author of award-winning 90s children’s book The Lantern Moon, passed away on Monday after a short illness.

Throughout her career she had written a total of 19 novels for young readers including the popular Harper Collins Witch in Training series.

The books followed the trials and tribulations of young witch, Jessica, as she learned to cast spells and fly.

They were inspired by the time Friel spent living in the town of Ludlow in Shropshire.

“We were saddened to hear today of the passing of a wonderful writer and much-loved woman, Maeve Friel. Maeve’s books included The Lantern Moon, The Deerstone and Distant Voices, all of which were shortlisted for the CBI awards over the years.” 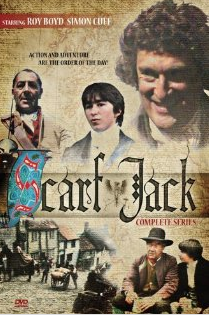 Mary Cadogan – iterary historian, broadcaster and writer with a fascination for children’s literature – has died aged 86

Cadogan’s literary career was triggered by a chance meeting in the mid-70s with the Belfast-born writer Patricia Craig, with whom she shared an interest in the school-story genre. This resulted, in 1976, in their collaborating on You’re a Brick, Angela!, a review of girls’ books between 1839 and 1985, spanning a wide spectrum of writings from the moral and improving tales of the Victorians, via school adventures and comic papers to the novels of Joan Aiken, Nina Bawden and others. Thoroughly researched, filled with sharp observations and, above all, wittily written, the book garnered wide critical praise and swiftly became (and has remained) a standard text.

Women With Wings: Female Flyers in Fact and Fiction, 1992, by Mary Cadogan
The book’s success led to two more collaborations with Craig, Women and Children First: The Fiction of Two World Wars (1978) and The Lady Investigates: Women Detectives and Spies in Fiction (1986), volumes which, like their forerunner, offered a new perspective on the often overlooked role of women in popular fiction and the contributions of female writers.

Cadogan had found her metier and her personal reputation was secured with biographies of two authors responsible for much-loved characters from children’s fiction: Richmal Crompton: The Woman Behind William (1986) and Frank Richards: The Chap Behind the Chums (1988).

He wrote children’s books, including “Ounce Dice Trice,” an introduction to and celebration of odd-sounding words, with illustrations by Ben Shahn, and “Supposing …,” a salute to the powers of imagination.

via Alastair Reid, a Restless Poet and Essayist, Is Dead at 88 – NYTimes.com.