You are here: Home / Archives for notice 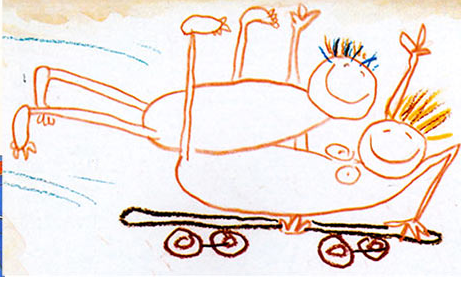 Like Sarah McIntyre I spent yesterday hoping that the lack of confirmation on either the BBC or the Guardian might mean that the reports of Babette Cole’s death amounted to fake news. She has been such a considerable figure in the world of children’s books it seemed strange that news sites were not picking up on the unexpected event. The single news report I found was on itv.com and the only sources quoted were two tweets.

When I explored Facebook I discovered that the news had begun spreading at the very start of the day and emanated from her West country friends in the horse community. It was still theoretically possible, as Sarah McIntyre says, and especially given Babette’s character, that the story was being spread to see how easily people could be taken in.

There is still, as far as I can see (as 09:45 this morning) no mention of her death on either the Guardian news site or the BBC, which seems odd, although her Wikipedia page has been updated with the date of death.

ACHUKA will link to the formal obituaries as soon as they begin appearing.

He was born on 22nd January 1930 and raised in a small mining village near Sheffield. He won a scholarship to the Slade School of Fine Art, London where he studied for three years. He later taught maths at the Royal Military School of Music but gave it up so that he could pursue his passion for painting.

Wildsmith began working with Oxford University Press in the late 1950s when children’s publisher, Mabel George, commissioned him to illustrate 12 colour plates for Tales from the Arabian Nights. This was followed by ABC, published in 1961, which won the Kate Greenaway Medal.

Lois Duncan, a prolific writer of suspense novels for young adults who also chronicled her decades-long inquiry into the unsolved homicide of her own daughter, has died. She was 82.Albuquerque-based private investigator Pat Caristo said Thursday that Duncan had died at her home near Sarasota, Fla. Duncan’s husband announced on Facebook that she had collapsed in their kitchen on Wednesday.Duncan was best known for suspense novels for young adult readers as well as children’s books that were among nearly 50 published titles. Her thriller "I Know What You Did Last Summer" and kids adventure "Hotel for Dogs" were turned into movies.

Author of children’s books Miyoko Matsutani died Feb. 28 of natural causes at a Tokyo hospital, her family said Monday. She was 89.

Among her works was “Tatsunoko Taro” (“Taro the Dragon Boy”), a fairy tale published in 1960 and later made into an animated film and adapted for the stage.

She also wrote the best-selling “Chiisai Momo-chan” (“Little Momo”) series, based on her parenting experience, starting in 1964.

via Children's author Miyoko Matsutani dies at 89 | The Japan Times.