You are here: Home / Archives for movie 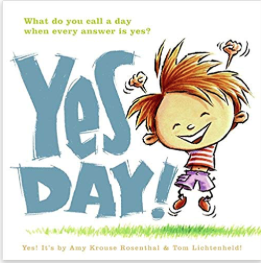 Yes Day, a comedy based on the children’s book of the same name that Garner is set to star in and produce, has been picked up by the streamer.Miguel Arteta, who worked with Garner on Alexander and the Terrible, Horrible, No Good, Very Bad Day, will direct from a script by Justin Malen (Father Figures), who adapted the New York Times best-seller from author Amy Krouse Rosenthal and illustrator Tom Lichtenheld.

Really interesting interview with the illustrator of the US cover for The Hate U Give and the way the original concept has been adapted for the movie poster:

The cover for Angie Thomas’s acclaimed Black Lives Matter–inspired novel, The Hate U Give, began, fittingly, as a piece of protest art. Back in 2015, Debra Cartwright, the artist who made the illustration, was sitting at her desk at People magazine in Times Square while a protest over the death of Freddie Gray took place on the street below. Unable to knock off work to join in, Cartwright did the next best thing: She sketched an illustration on Photoshop of a woman holding up a protest sign. Only her puff of curly hair is visible above the edge of a poster with the words “End Police Terror.” The piece went viral, and eventually, Angie Thomas saw it on Instagram and suggested it to her publisher as cover material. Last week, the official poster for the movie adaptation, due out in October, was released online; the poster is closely modeled on Cartwright’s work.

via The Hate U Give Book Cover Vs the Movie Poster.

Beatrix Potter’s children’s books may have been out of copyright since 2014, but that’s no excuse for this manure-scented take on her best-known tale. Using a crass mix of CGI and live action, this version bastardises her trickster bunny, reimagining him as a smirking “young rabbit in a blue coat, with no pants”.

Peter (James Corden) seems to take his cues from The Inbetweeners Movie, shoving a carrot into Old Mr McGregor’s bum and staging a vegetable garden heist set to Yolanda Be Cool & DCUP’s We No Speak Americano.

Based on Munro Leaf and Robert Lawson’s 1936 children’s book The Story of Ferdinand, this gently subversive Madrid-set feature from animation studio Blue Sky and frequent collaborator Carlos Saldanha (the Ice Agefilms, Rio) follows an adorable, flower-sniffing bull named Ferdinand. “Is it OK if that’s not my dream?” the baby bull asks his father of fighting. When he discovers that he has no choice, Ferdinand scarpers, hoofing it to a flower farm, where he befriends a human girl and her shaggy sheepdog. Ferdinand’s passivity (and flower obsession) isn’t explicitly coded as queer, though the film hints that this might be the case.

Either way, Ferdinand celebrates his mild temperament and non-confrontational masculinity, which remain unchanged as his bull’s body grows resplendently large. The adult Ferdinand (voiced by WWE superstar John Cena) ends up causing a ruckus at a local flower fair (and offers viewers a very funny scene in a china shop) and so is carted back to the ranch he came from. Other fun characters include a neurotic, calming goat voiced by Kate McKinnon, a trio of bitchy German horses with swishy pastel manes, and mischievous, pilfering hedgehogs Uno, Dos and Cuatro (“We do not speak of Tres”).

John Fusco has been hired by Sidney Kimmel Entertainment to adapt the popular children’s book PAX which the production company wrangled away after winning a bidding war last year.  The book was No. 1 on The New York Times best-selling children’s book Pax from author Sara Pennypacker. It will be produced as a live-action feature through SKE with Carla Hacken.

Based on Brian Selznick’s 2011 children’s book of the same name, Wonderstruck tells the story of two children separated by time and, initially, by space—but brought together by a history of feeling.

It’s simply not the kind of movie we typically give to children—primarily because we underestimate their intelligence. Brian Selznick also wrote the book that became the basis for Martin Scorsese’s Hugo, which is a good movie (especially for film history nerds) but not, to my mind, a satisfying children’s feature. Something about it feels too anchored to the real world—Scorsese flirts with fantasy and the fanciful, but the movie doesn’t really fly off the rails.

Wonderstruck, by contrast, seems to play by its own rules. Its high emotional stakes make sense, in the end, but it’s Haynes’s wide-eyed filmmaking that makes the job of guiding these young adventurers through a vast, complicated world feel like an adventure in itself.

from Den of Geek review

Much of Goodbye Christopher Robin is utterly charming, with just enough of a darker edge to stop it from becoming too twee. Gleeson is excellent in a role the requires him to be ultimately reserved and unemotional, and Robbie is an absolute delight throughout. Flighty and overdramatic, Daphne is both the comic relief and the emotional heart of some key moments. It’s lovely to see both of these actors doing something so different.

The film falters when it allows Christopher to grow up and become a teenager (Alex Lawther) struggling with the legacy of his childhood stories. It’s a third act that’s hindered by its dual responsibility to tell the truth of events and tie everything up into a nice satisfying bow, and the film may have been better served with an extension of the middle in which the books first rise to fame.

Goodbye Christopher Robin is overall a quiet but uneven film about people doing their best but unintentionally damaging those around them anyway. There’s something to be said for the simplicity of that concept, just like there is for the whimsical tales of a stuffed bear, his woodland pals, and his very best friend Christopher Robin.

For the 50th anniversary of The Outsiders, the author formally known as S.E. Hinton undertook a book tour to promote the anniversary edition of her most famous novel, and fortunately, The A.V. Club was one of the stops. Unfortunately, the video interview in our studio was unusable due to a microphone malfunction, but still wanting to release the interview, we’re publishing the edited transcription below. Hinton was invariably magnificent, offering us many wonderful stories from her legendary literary life.

Speaking at the BFI & Radio Times Television Festival in London alongside The Tiger Who Came to Tea author Judith Kerr, Morpurgo revealed: "We are going to make a full-length animated film."
The script is by fellow children’s author Frank Cottrell-Boyce. But though the movie has been a long time in the making, so far it exists only as a 55-second trailer.