You are here: Home / Archives for K-pop 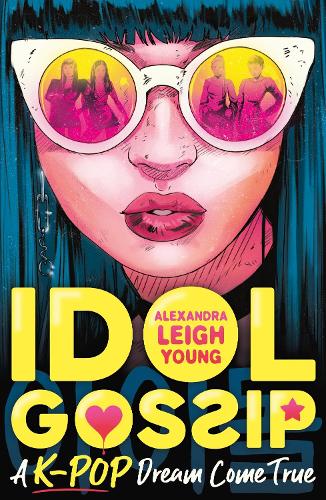 “This is a fast-paced, captivating inside look at what lies behind the glitz of the K-pop industry. Alice’s road to fame highlights cultural differences, self-discovery, sisterhood, and empathy. The narrative is laced with blog posts that help move the story forward and give background information. Korean dialogue is romanized. An entertaining read unveiling the people behind K-pop glam.  A debut novel about standing out and fitting in, dreaming big and staying true.” KIRKUS

After graduating from UC Berkeley in 2007, Alexandra Leigh Young moved to New York City where she ran an audio post-production house called Explosion Robinson. In 2014 she was awarded an artist residency in South Korea in 2014, where she fell in love with a new kind of music: K-pop. After spending a year reporting on South Korea’s music industry, she returned to the US and produced her first podcast episode for Radiolab, called “K-poparazzi”. The episode was the inspiration for this debut novel.

K-pop gets the Gossip Girl treatment when Alice Choy is catapulted into the life of a manufactured popstar at the elite Top10 Entertainment’s Star Academy.

When seventeen-year-old Alice Choy moved from San Francisco to Seoul, she left behind her friends and the regular singing lessons she used to love. Now the only singing she does is karaoke with her little sister in Myeongdong. That is, until she’s spotted by a scout for Top10 Entertainment and invited to attend their Star Academy. But sculpting herself into one-fifth of soon-to-be-launched K-pop group A-List is hard work. It’s rising at dawn for lung-crushing cardio, dancing drills and calorie controlled meals. It’s egos and rivalry and secrets lived outside of the public eye, because if A-list gets on the wrong side of a certain influential blogger and the anti-fans, then Alice’s dreams of being an idol might never materialise. 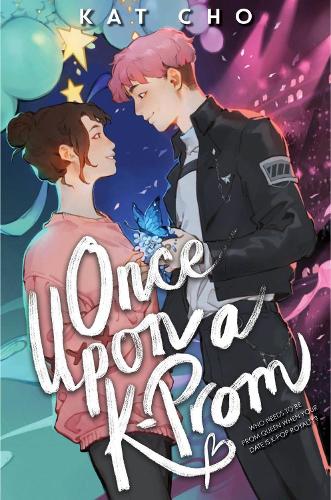 “The story unfolds in alternating perspectives with an even mix of flirty and serious tones balancing a frothy premise with sympathetic lead characters who are each struggling in their own ways to define themselves. No prior K-pop knowledge is needed to enjoy the slow-burn, will-they, won’t-they storyline, though fans of the genre will appreciate a few blink-and-you’ll-miss-them allusions to real K-pop idols. Pleasantly indulgent, with a dash of realism.” KIRKUS

Elena Soo has always felt overshadowed — whether by her more successful older sisters, her more popular twin brother, or her more outgoing best friend. Everyone except Elena seems to know exactly who they are and what they want. But she is certain about one thing — she has no interest in going to prom. While the rest of the school is giddy over corsages and dresses, Elena would rather spend her time working to save the local community centre, the one place that’s always made her feel like she belonged.

So when international K-pop superstar and onetime childhood best fried Robbie Choi shows up at her house to ask her to prom, Elena is conflicted. The one thing she maybe, possibly, secretly wants more than anything is fror the two of them to keep the promise they made each other as kids: to go to prom together. But that was seven years ago, and with this new K-pop persona, pink hair, and stylish clothes, Robbie is nothing like the sweet, goofy boy she remembers — the boy she shared all her secrets with. The boy she used to love.

Kat Cho loves to incorporate her Korean heritage in her writing, especially if it involves describing food. She likes anything that encourages nerding out, including reading, K-dramas, K-pop and anime.

“If I were to just name K-Pop idols that I would want in a movie adaptation of K-Prom in general, I’d say Stray Kids’ Bangchan, Felix, or Han. BlackPink’s Lisa or Rosé. CL or Sandara Park (two of my first K-Pop faves!) BTS’s RM or Suga, BtoB’s Peniel, Astro’s Eunwoo, Jessi, Ailee, AleXa, Eric Nam, or Rain.”
Kat Cho, in an interview for United by Pop. 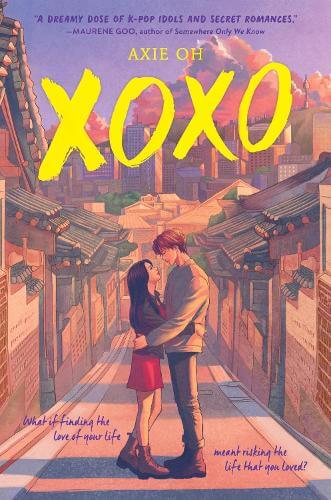 “Filled with humor and theatrics.” KIRKUS
“With heaps of drama, cheesy goodness that soothes the soul, and a touch of forbidden love, XOXO is perfect for fans of fierce female friendships, chaotic K-dramas, and swoony band romances.” The Nerd Daily
“From musical interludes and well-thought-out metaphors to unbelievably adorable interactions between soulmates, XOXO is without a doubt one of my favorite YA romances. A love letter to music and belonging, [XOXO] is an absolute gem that proves you can chase your dreams and be capable of love, so long as you open your heart and embrace opportunity. Breaking the mold that practice makes perfect, Oh makes it clear that sometimes, all you need is to live for yourself – everything else follows. Paperback Paris
“I make playlists after each book I write as something fun for myself and they also provide some nice extra content for readers. I recently shared my playlist for XOXO, which I spent months on—it’s a K-pop book so I really wanted to showcase a variety of artists, and curate it well with songs that fit the book’s mood and tone. I even attempted to match each song to a chapter, so there are 40 songs on the playlist!” Axie Oh

Jenny’s never had much time for boys, K-pop, or really anything besides her dream of being a professional cellist. But when she finds herself falling for a K-pop idol, she has to decide whether their love is worth the risk in this modern forbidden romance wrapped in the glamorous and exclusive world of K-pop.

Jenny didn’t get to be an award-winning, classically trained cellist without choosing practice over fun. That is, until the night she meets Jaewoo. Mysterious, handsome, and just a little bit tormented, Jaewoo is exactly the kind of distraction Jenny would normally avoid. And yet, she finds herself pulled into spending an unforgettable evening wandering Los Angeles with him on the night before his flight home to South Korea.

With Jaewoo an ocean away, there’s no use in dreaming of what could have been. But when Jenny and her mother move to Seoul to take care of her ailing grandmother, who does she meet at the elite arts academy she’s just been accepted to? Jaewoo. Finding the dreamy stranger who swept you off your feet in your homeroom is one thing, but Jaewoo isn’t just any student. Turns out, Jaewoo is a member of one of the biggest K-pop bands in the world. And like most K-pop idols, Jaewoo is strictly forbidden from dating anyone. When a relationship means not only jeopardizing her place at her dream music school but also endangering everything Jaewoo’s worked for, Jenny has to decide once and for all just how much she’s willing to risk for love.

XOXO is a captivating YA romance that proves chasing your dreams doesn’t have to mean sacrificing your heart.

The author has been interviewed on The Happy Writer podcast.