You are here: Home / Archives for illustrator

A broad cross-section of writers, ilustrators and publishers address the issue of equal recognition for illustrators of picture books.

Should illustrators for picturebooks be recognised alongside authors? The fact that this is even still being debated is nonsensical to me. Of course they should. Or rather I should I say, WE should. Some authoritative bodies are better at recognising this oversight (for that is all it is) than others, and really, I do not see any viable defence for the contrary. I am in the fortunate position of having both authored and illustrated books, but also being a gun for hire – brought in to visually co-create a book. I know full well the importance of the role of art in this realm that is equally made up by words and pictures. No one can seriously argue that illustrators do not play just as an important (or dare I say, possibly, occasionally, even MORE important) role than authors of picturebooks. It is as ridiculous as saying that no one judges a book by their cover, when in reality, we all do it. All the time. The cover is the first thing that any parent or child gravitates to when they see a book from across the library or bookshop. They immediately have a relationship with how the art makes them feel. The illustrations in picturebooks are essentially a child’s first interaction with art. A human beings first interaction with their cultural world. To not properly recognise the importance of this is to condemn the art in picturebooks to merely packaging. I’m sure even authors will agree that this should not be the case.

Independent bookshop Mr B’s Emporium of Reading Delights in Bath is engaging Lizzy Stewart as an ‘illustrator in residence’ during this year’s Bath Children’s Literature Festival.For the week starting 3rd October, Stewart will base herself in the shop, giving “people the chance to see what she’s up to”, said owner Nic Bottomley.“The idea, which we conceived with Lizzy’s agent Suresh Ariaratnam, was to give her space in the shop where she can continue her work as an illustrator,” he said. “People will be able to see what she’s working on at the moment.”

via Mr B’s hires Stewart as illustrator in residence | The Bookseller.

Riddell, 54, has become one of the most successful and sought-after children’s book illustrators of his generation, as well as an accomplished children’s writer and The Observer’s spiky political cartoonist. His two series for 7 to 11-year-olds — the Ottoline and Goth Girl books, in which he creates words and pictures — are immensely popular and it’s impossible to walk into even the smallest bookshop and not find at least ten examples of his work on the shelves.

“I only ever write to give myself something to illustrate,” he says, speaking on the phone from his studio in Norfolk, his working retreat from his main home in Brighton, where he lives with his wife, the printmaker Jo Burroughes. “It sounds facetious but it’s true. I love words, I am a reader and the reading will sometimes inspire me to draw something. When I read on my own I have to collaborate with myself.”

via Chris Riddell: ‘I fidget when I can’t draw in the margins’ | Saturday Review | The Times & The Sunday Times.

His inimitable graphic style is one reason for his popularity. But the purchase he achieves on young imaginations comes from somewhere else: the sense of oddness, otherness, isolation and melancholy that suffuse his stories.

“I grew up with three brothers so maybe it’s wishful thinking that I lived in an isolated world,” he laughs. “But I’ve never really dug that deep to figure out where it comes from.”

He admits, however, that growing up in Belfast during the Troubles did have an effect on his world view. “I had a very happy, normal upbringing but there was a backdrop of violence, a sort of dichotomy of two different perspectives, two different sides effectively. Maybe there’s a lack of sweetness in the books because it never sat right, it felt unnatural.”

But, rare among those who achieve ubiquity in their field, Jeffers continues to push in directions both expected and unexpected. He maintains a parallel career as a painter, has dipped into film and video work and, though his latest project is aimed at children, it has seen him collaborate with an artist whose work is very much outside the genre: typographical artist Sam Winston.

Together he and Jeffers have created A Child Of Books. Five years in the making, its publisher Walker Books calls it a manifesto for reading, though Jeffers is quick to disavow any political intent. The illustrations of Charles Keeping (1924–1988) burned themselves into my consciousness as a child and I have loved his work ever since. A major figure in British publishing in the last century, Keeping illustrated over one hundred books (including the entire novels of Dickens) and won the Kate Greenaway and Carnegie Medals for his superlative talent.

In 1975, Keeping published ‘Cockney Ding Dong,’ in which he collected songs he remembered sung at home as a child. Illustrated with tender portraits of his extended family, the book is an unusual form of autobiography, recreating an entire cultural world through drawing and popular song.

Recently, I visited the Keeping Gallery at Shortlands in Kent to meet Vicky and Sean Keeping who talked to me about their father’s work, as we sat in the family home where they grew up and where much of his work is now preserved and displayed for visitors. You can read my interview at the end of this selection of illustrations from ‘Cockney Ding Dong.’

[Eric] Carle is 87 years old and still producing art. (Just last year, he published The Nonsense Show, a tribute to surrealism toddlers everywhere can enjoy.) But it’s not so much his age as the span of his career that’s amazing ― the author and illustrator has been working for nearly 50 years, releasing a total of over 70 books, most of which he wrote and illustrated. That amounts to nearly one and a half books every year.

In honor of his professional longevity, the High Museum of Art in Atlanta, Georgia, is celebrating the wonder that is Eric Carle this summer with a giant retrospective consisting of more than 80 collages from his half-a-century career. We have a preview of the instantly recognizable artworks on view below, the ones that will take you back in time, to an era filled only with trains, pancakes and rubber ducks.

via Eric Carle, Your Favorite Children's Book Illustrator, Is 87 And Still Making Art.

Revered cartoonist Jack Davis [has died] at the age of 91.

Davis’s art career spanned several mediums, from comics, to movie posters, to advertising. One of his first jobs was drawing a Coco-Cola training manual in 1949.

In 1952, Davis went on to become one of the founding artists of Harvey Kurtzman’s Mad Magazine. He worked on the first 30 issues Mad Magazine, as well as Panic, Cracked, Trump, Humbug, and Help!

Davis has been recognized as one of the greats of the comics industry. He received the National Cartoonists Society’s Milton Caniff Lifetime Achievement Award in 1996 and received their Reuben Award in 2000. In 2003, he was inducted into the Will Eisner Hall of Fame. The tale will be published in September, which also marks the 150th anniversary of Beatrix Potter’s birth.
Veteran illustrator Quentin Blake, 83, known for his work on Roald Dahl’s classic children’s books, will bring the characters to life for the new story.
The illustrations for the other Potter books were drawn by the author herself. He said: ‘It seemed almost incredible when, early in 2015, I was sent the manuscript of a story by Beatrix Potter, one which had lain unpublished for a hundred years and which, with the exception of a single drawing, she had never illustrated.’

via Beatrix Potter story written more than a century ago to be published | Daily Mail Online. 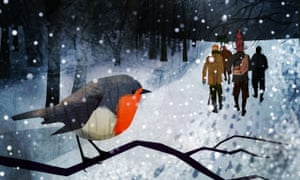 When the Guardian first featured the new Christmas poem book by Carol Ann Duffy they failed to credit the illustrator Dermot Flynn, which did not escape the attention of Sarah McIntyre, well-known for her advocacy of illustrators’ rights to be fully and prominently credited for their work alongside authors. After she raised the matter the Guardian website did add an appropriate illustrator credit to this piece. Once Artemis saved the world though, Colfer insists it was the right point to end the series.

“I got to a point where I thought, ‘I’ve really done this to death now’. I can either continue with him as a good character or finish him now. Artemis just can’t be a good guy.

“Also, I’m a grown man and I’ve been working with leprechauns for 15 years. It’s time to move on to something more mature like imaginary friends,” he says, chuckling.