You are here: Home / Archives for hot air 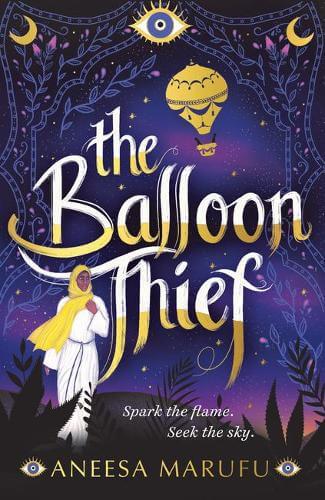 For Khadija, the only escape from an arranged marriage is the sky. When she spots a rogue hot air balloon fighting against its ropes, she leaps at the chance for adventure.

Khadija soon finds an unlikely ally in a poor glassmaker’s apprentice, Jacob. But Jacob is a hari, and Khadija a Ghadaean. The hari are oppressed and restless – their infamous terrorist group, the Hareef, have a new fearsome leader. And the ruling Ghadaeans are brutal in their repression. Soon, a deadly revolution threatens their friendship and their world. The Hareef use forbidden magic, summoning jinn – wicked spirits made of fire – to enact their revenge, forcing Jacob and Khadija to choose what kind of a world they want to save…