You are here: Home / Archives for Holland 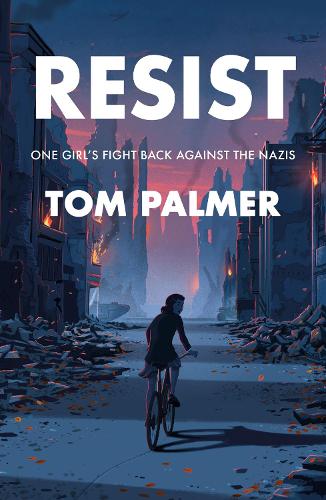 “This is a remarkable story told well and also told with understanding and care of the people involved. Tom Palmer has a knack for conveying great depth of emotion in a few words which I think increases the impact. What he could never have anticipated is that scenes of terrified families hiding in cellars and innocent people fleeing their homes as bombs fall would be repeated in Europe in the year this book is published. This inevitably gives the story an added emotional impact yet this book also provides hope in its portrayal of the power of the human spirit to survive and fight against evil and to protect others from it.” LibraryLady

Award-winning author Tom Palmer shines a light on the incredible work of the WWll Dutch resistance, in a story inspired by the childhood of Hollywood legend Audrey Hepburn.

As the brutal Second World War stretches on with no end in sight, life for ordinary Dutch people in the Nazi-occupied Netherlands is fraught with peril and hardship. There is very little to eat and the population lives under the constant threat of arrest and enslavement. After the murder of her beloved uncle and the capture of her brother by the Germans, Edda is determined to do anything she can to help the resistance fight back against their oppressors. But what can a teenage girl do and how much risk is she willing to take? 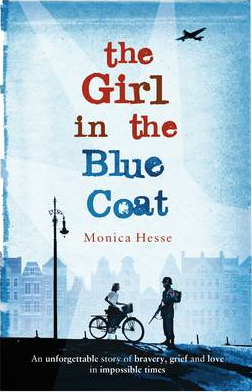 Amsterdam, 1943 Hanneke spends her days procuring and delivering sought-after black-market goods to paying customers, her nights hiding the true nature of her work from her concerned parents, and every waking moment mourning her boyfriend, who was killed on the front line when the Germans invaded.

Meticulously researched, intricately plotted and beautifully written, The Girl in the Blue Coat is an extraordinarily gripping novel from a bright new voice in YA fiction. 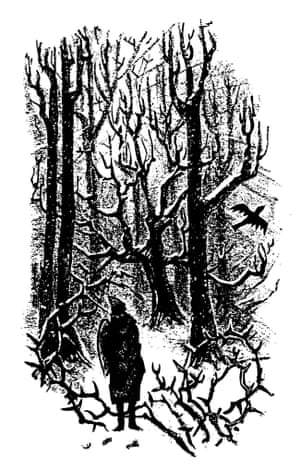 Although a star in her own country, [Tonke Dragt] is virtually unknown in the UK. But that’s slowly changing with last year’s English translation, the first ever, of her 1962 adventure story The Letter for the King (De Brief Voor de Koning) and, this month, the appearance of its sequel, The Secrets of the Wild Wood. The Letter for the King is a Dutch classic, winning the country’s children’s book of the year award in 1963 and, in 2004, the “Griffel der Griffels” for best children’s novel of the past 50 years. Translated into many languages, it has sold over a million copies worldwide.

Tonke Dragt’s The Secrets of the Wild Wood, translated by Laura Watkinson, is published by Pushkin Press.

via Tonke Dragt interview: ‘I was born a fairytale teller’ | Books | The Guardian. 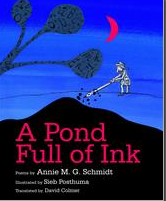 Annie M.G. Schmidt is a household name in the Netherlands. She died in 1995 at the age of 84. The jury of the Hans Christian Andersen Award, which she won in 1988, praised her for her ‘ironic tone, witty criticism and a style that is amusing, clear, rebellious and simple to its essence’.
It’s fabulous to have a selection of her poetry available in English translation and the book has apt and lively colourful illustrations by Sieb Posthuma (see our previous review).
My only wish is that the page designer had opted for a larger font size.

via A Pond Full Of Ink.