You are here: Home / Archives for gender 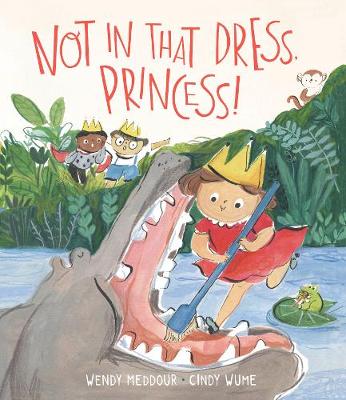 A sprites challenge to gender stereotyping. There’s nothing you can’t do in a dress.

Once there was a girl called Bess who hated being a princess…For while her brothers can do anything they want, the princess is stuck inside the palace in her dress.

“NOT IN THAT DRESS!”

But…”Just watch me” says the princess, she skips up a mountain, dances with a wizard, flies a plane, meets wild animals – and proves to everyone that THERE IS NOTHING YOU CAN’T DO IN A DRESS! 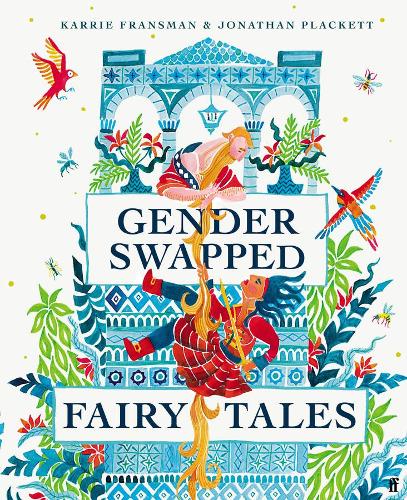 They haven’t rewritten the stories in this book. They haven’t reimagined endings or reinvented characters. What they have done is switch all the genders. It might not sound like that much of a change, but you’ll be dazzled by the world this swap creates – and amazed by the new characters you’re about to discover.

“Absolutely stark and unignorable is the prejudice against an older, or uglier woman, trying to sexually exploit a beautiful young man: the female Beast, even the Queen in “Cinder” (mother to the Princess who throws the ball, who “old as she was, could not help watching” Cinder) seem predatory and unnatural as cougars, while as men they were sinned against or harmless. ”
Zoe Williams in a recommended Guardian review of the book

Tom Whipple complains, in The Times, about the dominance of male characters in children’s fiction.
Do you agree with him?

Even in those books with strong female characters — such as the excellent Sadie the shark in What’s More Scary Than a Shark? — the lead is male. In Donaldson’s latest, The Scarecrows’ Wedding, the female scarecrow is barely a foil. Betty O’Barley hangs around at home weaving a dress while her menfolk, Harry O’Hay and Reginald Rake (the roguish standout character), have adventures and fight over her.

Aside from the scattered feminist beacons of The Railway Children, Pippi Longstocking, Matilda and Hermione Granger (in a book starring a boy), there seems to be a persistent trend: children’s books rarely contain girls in a serious role. Neither does children’s TV. An analysis of Disney films found that 90 per cent of the dialogue in Toy Story, The Lion King and Aladdin is by male characters. Even in Frozen, a film marketed on the basis of its female protagonists, 57 per cent of the lines are still given to males.

… has brought together some of their favourites in trans and gender exploratory YA lit:

1. ‘Beautiful Music for Ugly Children’ by Kirstin Conn-Mills: “When you think about it, I’m like a record. Elizabeth is my A side, the song everybody knows, and Gabe is my B side–not heard as often, but just as good.”

2. ‘George’ by Alex Gino: “George thinks she’ll have to keep this a secret forever. Then her teacher announces that their class play is going to be Charlotte’s Web. George really, really, REALLY wants to play Charlotte. But the teacher says she can’t even try out for the part . . . because she’s a boy.”

3. ‘For Today I Am a Boy’ by Kim Fu: “The exalted only son in the middle of three daughters, Peter was the one who would finally embody his immigrant father’s ideal of power and masculinity. But Peter has different dreams: he is certain he is a girl.”

4. ‘The Art of Being Normal by Lisa Williamson: “Two boys. Two Secrets.”

5. ‘Beyond Magenta: Transgender Teens Speak Out’ by Susan Kuklin: “Author and photographer Susan Kuklin met and interviewed six transgender or gender-neutral young adults and used her considerable skills to represent them thoughtfully and respectfully before, during, and after their personal acknowledgment of gender preference.”

6. ‘If I Was Your Girl’ by Meredith Russo: “Amanda has a secret. At her old school, she used to be called Andrew. And secrets always have a way of getting out.”

via Some of the best YA trans lit including Meredith Russo’s ‘If I Was Your Girl’ | Maximum Pop!. 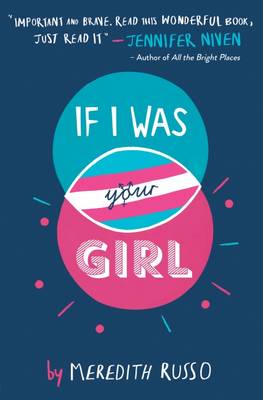 Amanda has a secret. At her old school, she used to be called Andrew. And secrets always have a way of getting out…

The author, an American living in Tennessee, writes from the perspective of a trans woman. “I wrote If I was Your Girl because I want young people to know that, though it might be hard and complicated, a trans life can be filled to bursting with success, friendship, and love.”

A 2011 Florida State University study found that just 7.5 percent of nearly 6,000 picture books published between 1900 and 2000 depict female animal protagonists; male animals were the central characters in more than 23 percent each year. (For books in which characters were not assigned a gender, researchers noted, parents reading to their children tended to assign one: male.) No more than 33 percent of children’s books in any given year featured an adult woman or female animal, but adult men and male animals appeared in 100 percent of the books.

My own nonscientific research suggests that not much has changed.

via Why are there so few girls in children’s books? – The Washington Post.

Chocolat author Joanne Harris has attacked the “subliminal indoctrination” of children through gendered packaging of books, which she says gives “the false message to a new generation that boys must be clever, brave and strong, while girls should aspire to be decorative”.

Writing in The Author, a quarterly magazine for British writers, Harris described a shelf in her local supermarket stocked with the blue Brilliant Colouring Book for Boys, full of “rocket ships, Vikings, pirates and kites”, and the pink Beautiful Colouring Book for Girls, full of “princesses, puppies, flowers and cupcakes”.

It might appear to adults to be “a harmless marketing strategy”, writes Harris, but for children, who are “highly impressionable”, and for whom “ideas (including prejudices) adopted early on will follow them into adulthood”, it is “really a form of brainwashing, repeating the false message to a new generation that boys must be clever, brave and strong, while girls should aspire to be decorative”, and is “harmful in so many ways”.

via Children are being 'indoctrinated' says Chocolat author | Books | The Guardian.

from the Irish Times: Horrified by the shaming of a US rape victim, the author started to think about how a small Irish community would have reacted, where the football team are local gods and where boys will be boys but girls must be virgins

via Louise O’Neill on writing Asking For It: Unblurring the lines about rape.

Robert Muchamore with interesting observations about gender and children’s publishing….

Speaking at the Hay Festival, in an event with author Sophie McKenzie, [Robert] Muchamore, the author of the best-selling Cherub series, said: “The longer I’ve been a writer, the more I’ve realised that actually girls and boys are more into the same things than they are into different things.
“There’s a lot of convention in children’s publishing – that if you write a book for a boy it’s got to be very simplistic, it’s got to have lots of action in it because all boys want to do is run around and bang their heads up against the wall because they’re lunatics.
“And if you write for a girl it’s got to be about make-up and lipstick and kissing boys and all that. And it’ s just not true.
“My books have got bits of all of that stuff in and what I actually find is that I get emails from boys who are really interested in who James’s girlfriend is going to be or what relationship he’s going to have in the next book; I get emails from girls who are interested in the action scenes.”
Gendered book covers are a large part of the problem.
Muchamore said: “I think there’s a lot of cliché, especially the way children’s books are packaged sometimes. You’ve got the pink girls’ books, and the boys’ books with a man running on the cover. I find it all a bit depressing really, because the longer I’ve written I find once you’ve got past the barrier of getting the boy or the girl to pick the book up and read it, what they actually like inside the books is actually much more the same. “

A Kanata children’s author has joined a protest over the awarding of a Governor General’s Literary Award to what critics are calling a “vulgar” and “gratuitous” book for young adults about gender identity issues in high school.

Kathy Clark says she is among 1,500 people across Canada petitioning the Canada Council to revoke the 2014 award because of graphic content in Raziel Reid’s debut novel When Everything Feels like the Movies.

Clark, author of two children’s books, says Reid’s use of language is inappropriate for a book recognized in the young adult classification (12 to 18) within the children’s literature category.