You are here: Home / Archives for forthcoming

The "Divergent" author is set to write a new two-book series, HarperCollins Children’s Books told The Associated Press on Monday. The books currently are untitled, with the first one expected in 2017 and the next in 2018.

Roth and her publisher offered few specifics, beyond saying the series is in "the vein of ‘Star Wars’" and will tell of a boy’s "unlikely alliance" with an enemy.

"Both desperate to escape their oppressive lives, they help each other attain what they most desire: for one, redemption, and the other, revenge," the publisher announced.

via Veronica Roth working on new series; 1st book due in 2017 – Redding.

Just stumbled on this piece, published in a free local magazine and copied onto Laurence Anholt’s website. It’s a short piece of autobiographyat the end of which Laurence celebrates having two full-length novels accepted by Penguin Random House, the first of which is due for publication in July 2016.

A few years ago I began to write two full length novels: ‘The Hypnotist’ and ‘Love Letters’. If picture books are hard, a novel is like building a house single-handed! But to my amazement, both books were accepted by the newly merged Penguin Random House. The Hypnotist is about prejudice and tolerance – In essence I have transposed Dickens’ Great Expectations to the Deep South of America in 1963. My protagonist is a young black orphan making his way against the background of Segregation and the dreaded Ku Klux Klan. The events are seen through the very strange eyes of an Irish hypnotist, Dr Jack Morrow who has started work at a new university. There’s a slice of history, a sprinkle of magic realism and a twist of humour. The Hypnotist will be published in January 2016.

My mother, Joan was a wise and wonderful woman who died too young. Joan was a teacher of English Literature, especially Hardy and Wordsworth and although she was a Christian, she was fascinated by Eastern philosophy. It must have influenced me because I became a member of the friendly Buddhist community in this area. If I had more pages I would gleefully expound on the benefits of mindfulness and meditation, but one central concept of Buddhism is that our thoughts become our reality – a person who thinks negative or prejudiced thoughts creates a dark claustrophobic world for themselves; conversely those who train themselves to be positive and open-hearted find the world opening around them. Life is challenging, but life is beautiful too. We are profoundly privileged to walk briefly on this extraordinary bluegreen planet, revolving slowly in space. 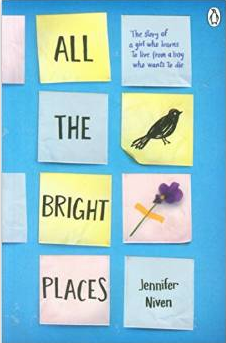 There was a welcome focus on authors at the first joint media presentation by the new children’s books conglomerate, Penguin/RandomHouse, held yesterday in Foyles’ special events place on the 6th floor.
The slick presentation, intercut with video clips, was presented by various members of the team from ‘pre-school’, through ‘primary’ to ‘teen’, with a range of invited authors coming forward to deliver short, well-judged presentations on their forthcoming titles.
The theme, introduced by the always-impressive Francesca Dow*, was heroes. “Our heroes never die,” she said, speaking of the characters we grow up with from our reading of books, and suggesting that the core business of children’s publishing is the creation of new heroes for today’s children to grow up with.
The handle for the pre-school presentation was “Little Heroes With Big Stories To Tell”. There was a momentary atmosphere of embarrassment in the room when someone from the floor pointed out that Ed Vere’s picture book character Max is a kitten and not (as had been incorrectly described) a mouse, but it was B. J. Novak who was the star of this section of the event, telling us about the inspiration behind his pictureless picture book.
The star author-presence of the ‘primary’ age group was Jacqueline Wilson who talked about her forthcoming novel, Katy, a reworking of Susan Coolidge’s What Katy Did. The book is due in August. As soon as ACHUKA receives a review copy we will undertake a joint reading of both the American novel (which we haven’t previously read) and Jacqueline Wilson’s new book which sounds as if it will be a strong, moving and authentic read.
Amanda Punter, telling us about the ‘teen’ publishing programme introduced two American authors, Jennifer Niven, who has written adult and non-fiction titles previously but whose debut YA novel All The Bright Places is out now – she is also a prolific and recommended tumblr blogger – and David Levithan (subject of an ACHUKA Q&A feature some long time ago), who both came on stage for a short three-way chat with editor Ben Horslen. Both authors seemed relaxed and easy in the public eye. Jennifer Niven told us she has three cats and that she arranges her writing desk according to whether she is joined by all three, or just two or even one – which led to banter about habit a three-cat writing day, or a two-cat writing day etc. David Levithan made the whole room laugh when he told us that when he had been a young adult he was reading Anne Tyler and Alice Hoffman so had, in effect, been a middle-aged married woman, rather than a teenager, and that it is only now, in mid-life that he is reading so-called teenage fiction. Leviathan’s new book is Hold Me Closer, a sequel to Will Grayson, Will Grayson co-written with John Green. 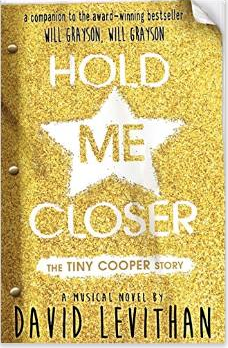 The group is obviously highly excited to be publishing Sophie Kinsella’s first YA title Finding Audrey, due in the summer, and the author was there to round off the media event. 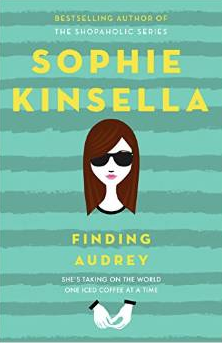