You are here: Home / Archives for fiction

Literature should remain a last refuge for young people from cheap smuttiness of popular culture, writes Eilis O’Hanlon, who is critical of recent statements by Malorie Blackman and Philip Pullman

What do YOU think?

What we have here is the classic liberal fallacy that if only nice, well-meaning, middle-class people got involved with certain issues, then nasty things would go away; and there are no more self-deluded do-gooders than writers. They’re the ultimate narcissists, never believing they could do anything but good. The old adage “trust me, I’m a doctor” has turned into “trust me, I’m a novelist.”

Personally, I find the idea of a bunch of middle-aged men and women writing sex scenes involving teenagers creepy. Worse still when, afterwards, they then get to hang around schools and libraries, urging teenagers to talk about all these subjects in the name of literature. As Pink Floyd might’ve sung: Hey, writer, leave those kids alone!

This Mail Online piece refers to an interview in the Daily Telegraph – I am trying to find a link to the original piece… Meanwhile, here is the Mail’s summary:

Egmont Press has acquired a new fantasy adventure series set in modern Japan for readers of 9+. Sword of Kuromori is by debut author Jason Rohan.

Stella Paskins, Fiction Publisher at Egmont Press, pre-empted World rights in a three-book, six-figure sum deal from Anne Clark at Anne Clark Literary Agency. The first title in the series will publish in May 2014 and will be a lead title on Egmont’s list.

“I am massively excited about Sword of Kuromori,” commented Stella Paskins. “Jason’s mix of page-turning action with smart dialogue and sparkling characters is brilliant. The fusion of hi-tech and ancient myth works really well and readers are going to devour this world of breathtaking battles and exotic monsters.”

Jason Rohan said, “As a long time admirer of Japanese culture, I’m honoured and thrilled to be bringing this rich and vibrant folklore to a wider audience. I’m also humbled by the faith that Stella and the Egmont team have placed in me by committing to three novels, and I can’t wait to see what ideas the design team come up with, given the wealth of source material.”

Jason Rohan has worked as a staff writer for Marvel Comics in New York and as an English teacher in Japan, where he lived for five years. He returned to the UK and now lives in West London with his wife and five children.

Publication of Shahana launches ‘Through My Eyes,  a new Australian fiction series set in contemporary warzones:

Through My Eyes invites young readers to enter the fragile worlds of children living in contemporary war zones. Every day in an increasing number of countries, children are desperately trying to survive as their families and their whole way of life is destroyed by war. This new series is a tribute to such children and the themes of courage, determination, triumph and perseverance will inspire, challenge and engage young readers, creating greater cross cultural understanding and informed empathy.

Several stories set in the World Wars have been written for younger readers but very little has been published about more contemporary conflicts and those within Asian settings. War affects the old and the young, the rich and the poor, the boy or girl and these stories will appeal to all readers.

The idea for the series was principally inspired by the success of the Parvana series by Deborah Ellis and by my own extensive experience as a primary school teacher-librarian and English as a Second Language teacher. Having had the privilege of listening to the incredible experiences of children and war, I believe these life-changing situations are best told through stories that are character-driven but based on meticulous research and understanding of the issues each war-torn region raises. The continuing controversy surrounding Australia’s role in providing asylum for displaced peoples from the world’s war-zones, and the request by students for more books of this genre provided further context for the decision to create this series.

This is not a non-fiction series, but through the strong, character-driven story lines the readers will be aware of the specific time, place and military conflict. Individual stories on this theme have been written, but this will be the first time a series has been created that deals with a range of children’s experiences in war-torn countries.

American author A.M. Homes has won the 2013 Women’s Prize for Fiction with her sixth novel May We Be Forgiven (Granta).

At an awards ceremony at the Royal Festival Hall, Southbank Centre, London – hosted by Chair of the Women’s Prize for Fiction board, Kate Mosse – the 2013 Chair of Judges, Miranda Richardson, presented the author with the £30,000 prize and the ‘Bessie’, a limited edition bronze figurine.  Both are anonymously endowed.

Miranda Richardson, Chair of Judges, said: “Our 2013 shortlist was exceptionally strong and our judges’ meeting was long and passionately argued, but in the end we agreed that May we be Forgiven is a dazzling, original, viscerally funny black comedy – a subversion of the American dream. This is a book we want to read again and give to our friends.”

There are eight books longlisted for the 2013 Guardian Children’s Fiction Prize. Follow the link for a Guardian Gallery of the book jackets with descriptions… 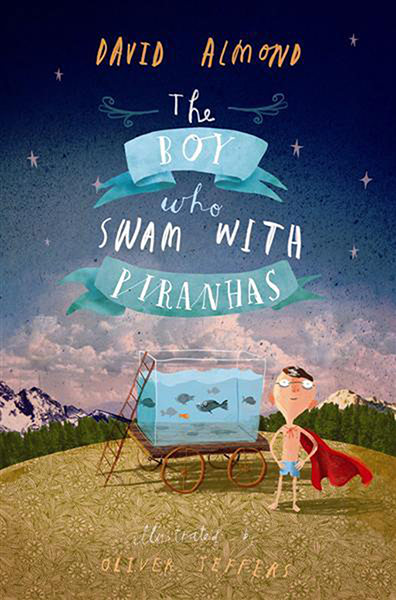 Dutch writer Gerbrand Bakker has won this year’s £10,000 Independent Foreign Fiction Prize with his novel The Detour, published by Harvill Secker.
It is the author’s second major literary prize win; his previous novel, The Twin, won the IMPAC Dublin Literary Award in 2010.
Bakker will share the prize money with the title’s translator, David Colmer

Simon Mason quite likes this ‘dotty’ novel. I wasn’t quite sure what to make of it when I read it, and felt it somehow missed being a great read. I shall be interested to see what children make of it…

Katherine Rundell’s charmingly lyrical style is dotty in the way Charles is dotty. In the London section she seems interested mainly in conversations, which have a high quota of witticism (wearing a skirt, Sophie looks as if she’s "mugged a librarian") and aphorisms (lawyers have all "the decency and courage of lavatory paper"). In general, her metaphors are determinedly original. Such verbal showiness, though entertaining, has the disadvantage of showing up the misses as well as the successes, and in the early stages the story has the contrived manner, but not the solidly exciting matter, of a fairytale.

This changes the moment Sophie climbs up through the skylight in her Parisian hotel bedroom to the rooftop above. All her life she has been a keen tree-climber, drawn to heights. Now, standing above the city, she is liberated – and the story is liberated with her. Almost immediately she realises she’s not alone up there. A feral boy called Matteo lives on the roof of the law courts, and the drama of his encounter with Sophie and their subsequent partnership is thrilling. The roof-top world is grittily real, the stuff of broken toes and roasted rat and howling gales. Breaking away from Charles’s protection, Sophie finally expresses the Pippi Longstocking-like wilfulness only coyly hinted at before. Even the showy metaphors thin out. There’s a gripping journey of exploration, an extraordinary feast and a tremendous fight between Sophie, Matteo and their tree-dwelling friends and a wolf-like pack of boys from the station area.

via Rooftoppers by Katherine Rundell – review | Books | The Guardian.

Orion Children’s Books has acquired a debut novel described as "a fresh and exciting new voice for middle grade readers" by Irish author Nigel Quinlan.
Editorial director Amber Caraveo bought world rights excluding US in the fantasy adventure title, Nothing to Do With Leaves, from Jenny Savill at Andrew Nurnberg Associates. The book will be published in hardback and e-book in spring 2015, and by Roaring Brook Press in the US.