You are here: Home / Archives for exhibition

…over time, Jansson came to feel exhausted by the Moomins and that their success had obscured her other ambitions as an artist. In 1978, she satirized her situation in a short story titled “The Cartoonist” about a man called Stein contracted to produce a daily strip, Blubby, which has generated a Moomin-like universe of commercial paraphernalia—“Blubby curtains, Blubby jelly, Blubby clocks and Blubby socks, Blubby shirts and Blubby shorts.” “Tell me something,” another cartoonist asks Stein. “Are you one of those people who are prevented from doing Great Art because they draw comic strips?” Stein denies it, but that was precisely Jansson’s fear.

In recent years, there has been a growing interest in Jansson’s work beyond the Moomins. Much of this has focused on her novels for adults, which she began writing in the late 1960s and include short, crystalline works like The Summer Book (1972) and The True Deceiver (1982), which have been reissued in English since her death. Less attention has been paid to her range as a visual artist—something the Dulwich exhibition aims to rectify.

via Tove Jansson: Beyond the Moomins? | by Simon Willis | NYR Daily | The New York Review of Books.

Through around 230 works from 1920 to the present day, including sketches, proofs, letters, photographs, cartoons, ceramics and fashion, this exhibition reveals the factors contributing to the enduring success and popularity of Winnie-the-Pooh.

The Bologna Book Fair’s website is posting short video clips of the fair:

Edward Ardizzone is one of the most significant illustrators of the 20th century, whose wide-ranging output spanned children’s books, literary classics, war illustration and much more.
Ardizzone’s lively line-and-wash drawings were based on constant observation of the world, disciplined by classical figure composition. He is best-known for his illustrated children’s books, in particular the ‘Little Tim’ series which he wrote and illustrated, starting in 1936 with Little Tim and the Brave Sea Captain, all of which are still in print today.
This will be the first major exhibition of Ardizzone’s work in 40 years. From his relatively unknown early commissions to rarely seen original illustrations, the exhibition will feature over 100 pieces from public and private collections that reflect the incredible diversity of Ardizzone’s career. Highlights include a Little Tim manuscript, mural artwork for a P&O ocean liner, ceramic figurines and poster designs for Lyons, as well as sketchbooks and illustrated correspondence.
The exhibition will coincide with the publication by Lund Humphries of Edward Ardizzone: Artist and Illustrator, the first full illustrated monograph of Ardizzone by celebrated art historian Alan Powers.
Ardizzone: A Retrospective is co-curated by Alan Powers and House of Illustration’s curator Olivia Ahmad.

via What's on | Current & future events | Ardizzone: A Retrospective | House of Illustration.

Each year, the Bologna Children’s Book Fair hosts a highly competitive Illustrators Exhibition. More than 3,000 professional and amateur illustrators from sixty-two countries send in their art for consideration. A five-person jury consisitng of illustrators, academics, publishers, and editors, selects seventy-five to eighty artists to include in the exhibition. I had never seen 15,000 original works on paper at once, and panicked slightly. I wasn’t the only juror to do so. But the exhibition managers, well versed in the art of dividing and conquering, had sorted the works into very helpful categories, such as the country of the submitting artist, or whether the artist was previously published or unpublished. Submissions made by art schools and publishers on behalf of their artists occupied separate areas on one side of the room.

Being one of the less than 2.5% of entrants chosen for the exhibition is not only an honor, it can change the illustrator’s life forever. Over the course of four days, 45,000 thousand people—publishers and editors, agents, authors, illustrators, students, and the public, young and old—roam the exhibition galleries, which sit in the middle of the enormous yet intimate fair. Hundreds of illustrators, some of them coming out of complete obscurity, leave the exhibition with book contracts.

via Charles Kim on Judging the Bologna Illustrators Exhibition.

A new exhibition exploring the life and times of Enid Blyton is going to bring many childhoods back to life and allow people to share the excitement and imagination her books sparked with their own children and grandchildren.

Mystery, Magic and Midnight Feasts: The Many Adventures of Enid Blyton starts at the Beaney House of Art and Knowledge in Canterbury this weekend, with a lifesize model of Noddy’s car forming the centrepiece, against a backdrop of Toyland.

Other treasures on display in this colourful and interactive wonderland of an exhibition include Blyton’s original hand-corrected typescripts of Five have Plenty of Fun (1954) and Cheer Up, Little Noddy (1960) among others. There are also personal and nature diaries spanning the 1920s, 1930s and 1960s, Harmsen van der Beek’s first Noddy illustration (1949), personal family photographs going back to Blyton’s own childhood and her famous typewriter.

Many of the exhibits are on public display for the first time, revealing Blyton’s creativity and the events that shaped her life and storytelling.

via Enid Blyton exhibition at Canterbury’s Beaney House of Art and Knowledge, January 2015.

Rarely-seen pictures created by illustrator Sir Quentin Blake, whose first work was published more than 60 years ago, have gone on display.

The exhibition at Mottisfont, near Romsey in Hampshire, features about 100 pieces of Blake’s distinctive ink line and watercolour artwork.

The illustrator is best know for his work with Roald Dahl on books such as The Witches, Matilda and The BFG.

The artwork will be on show until 14 September.

The original drawings and watercolours in the show have all been lent to the National Trust by the Chris Beetles Gallery in London. 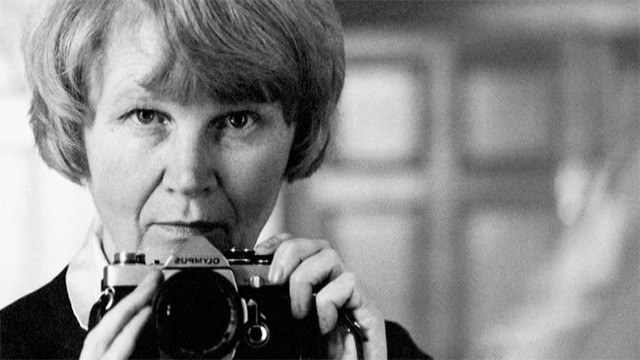 Jane prefers silence to talking – her mantra has always been, “photographers should neither be seen nor heard”. Her slight stature made it easy for her to blend into the surroundings, always vigilant and observing from the periphery. And all the time her eyes are scanning, darting here and there like those of a small bird.

via Jane Bown: turning the lens on Britain’s shyest photographer | Art and design | The Guardian.

Looking for Light: Jane Bown is out this week. The DVD is out on 26 May. An exhibition of Bown’s work runs at Kings Place, London N1, until 31 May.

The V&A Museum of Childhood will this spring host “Daydreams and Diaries: the Story of Jacqueline Wilson”, an exhibition on tour from the Seven Stories Centre for Children’s Books in Newcastle.

The London exhibition will launch on the 5th April with a signing with Wilson and illustrator Nick Sharratt.

via V&A to host Jacqueline Wilson exhibition | The Bookseller.

Ten of the most iconic illustrated children’s books of the 20th century will be featured in a new exhibition opening tomorrow at the British Library in London.
The free show, called Picture This: Children’s Illustrated Classics, has been curated by Dr Matthew Eve and runs from October 4 to January 26, 2014, in the Folio Society Gallery.

• Charlie and the Chocolate Factory by Roald Dahl (1964)