You are here: Home / Archives for eBook

In bringing together a 15-year-old author, a toon production company and the world’s largest SVOD service, new young-adult film The Kissing Booth tells a lot about evolving creative processes in 2016.

Netflix is adapting the novel written and published by rookie teen author Beth Reekles on Wattpad, where it garnered more than 19 million views on the online free publishing site. UK-based film and TV production company Komixx Media Group is producing the feature-length film for the SVOD, with writer/director Vince Marcello (Teen Beach Movie) on-board to direct from his own screenplay.

For Komixx, which produces preschool series Toby’s Travelling Circus and Wanda and the Alien, the Netflix commission represents a milestone in its strategy to acquire and produce more YA drama for tweens and teens.

via Kidscreen » Archive » Netflix-Komixx adapting Wattpad story into YA film. 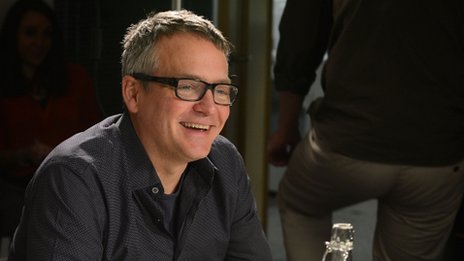 The comedian and writer Charlie Higson has been announced as the latest author in the series of Doctor Who ebooks…
Higson will be writing the ninth story in the series, based on the Doctor played by Christopher Eccleston.

Orion has reported that e-book sales of Gillian Flynn’s Gone Girl have accounted for 60% of [UK] paperback sales.
The publisher said the novel had sold 250,000 e-books since release across all territories, compared with 410,000 mass market paperbacks, citing it as Orion’s highest ever proportion of e-book to physical sales. In the US, the e-book has sold more than double the copies of the physical book, the publisher added.
Nielsen BookScan has recorded 418,879 copies sold through the UK TCM since the book’s release last year, for a value of £2.2m.
Orion General m.d. Lisa Milton said: “Only a year ago it would have been impossible to believe a novel could sell over a quarter of a million e-books within a few months. As long as there are readers, how anyone chooses to read a book—whether hardback, paperback, audio or e-book—doesn’t matter.”

via Gone Girl e-books 60% of paperback sales | The Bookseller.

It’s not all that long ago that people were expecting Daunt/Waterstones to opt for a deal with the Nook rather than go with Kindle.
James Daunt’s decision to go for Kindle is looking a sounder business decision than ever.

The Kindle has swept all before it in the global e-reader market and Amazon has millions of stores right on peoples’ desks, smartphones and tablets through its website and Kindle app. Authoritative estimates for the UK market underline the Kindle’s power, with Amazon believed to account for nine out of 10 ebook sales – an indication of the Kindle’s penetration.
…
…
For those who are trying to make money from ebooks, the reality is that Amazon is now the only game in town, says Andrew Rhomberg, co-founder and chief executive of ebook seller Jellybooks.com, which aims to be as easy to browse as a real bookshop.

via Kindle rival the Nook stumbles, but what is the next chapter for e-readers? | Technology | The Guardian.

A spectacular collection of tender and observant short stories from the master of the genre.

As a fifteen year old, Sophie Masson once wrote a short story called ‘Les Chouans’, which was her first attempt at trying to get to grips with the savagery, fear, courage and mystery of that time of Revolution, and the riven loyalties and terrible choices made by people on both sides of the civil war. Much later, she wrote an article, ‘Remembering the Vendée’, which has had many readers, but it wasn’t until many years later again that she first conceived the project of writing a novel about the tumultuous early years of the Revolution and the wars it unleashed.
Framed by a prologue and epilogue set decades later, the main body of the novel is narrated by a young man facing execution in 1794, who tells his story and that of his friends, all from very different backgrounds. Masson succeeds movingly in giving the reader a feel for the way in which these things were experienced, not as great events, but as part of people’s lives, affecting them in myriad ways, both great and small. She evokes a portrait of a whole community, and of a country, caught in the grip of massive change, of rebellion and counter-rebellion and the havoc of war, whose echoes remain in the Vendée and in France to this day.

“Masson writes like a native of the time Black Wings is set; when her characters speak, we hear the authentic voice of the 18th Century. Detailed, erudite and elegant, its characters lovingly drawn, this absorbing and deeply felt novel brings home to us the curse of living through interesting times. It will not let us forgive the French Revolution for The Terror so easily.”
Cassandra Golds, author of Clair-de-Lune, The Museum of Mary Child and The Three Loves of Persimmon.

“Masson’s tale about the limits of friendship, set against the backdrop of those best and worst of times, captures perfectly the contradictions of revolution – the appeal of the brave new world, the ruthless destruction of old ways, the romance along with the tumult and the terror. Her tale of ordinary folk helplessly caught up in the maelstrom of history, made extraordinary by chance and circumstance, offers a vision of a past that isn’t dusty, archaic and over, but vivid, engaging, alive.”
Wendy James, author of the award-winning Out of the Silence, The Steele Diaries and The Mistake.

“With skilful attention to detail, author Sophie Masson weaves a compelling tale of a nation caught up in a madness fuelled by a reckless and unrealistic idealism, and the four friends who, wittingly or not, were its victims. Set against this chilling account of the collective madness that led to the murderous rampages and bloodthirsty executions of the French Revolution is the story of Jacques’ love for Flora – a love that will test everything he believes and holds dear. A great read for lovers of historical fiction with a dash of romance.”
Felicity Pulman, author of A Ring Through Time.

Malorie Blackman has written the seventh short story in a range celebrating Doctor Who’s 50th anniversary.
Puffin Books have been publishing the 11-part series as ebooks every month since January 23, with the final installment due to arrive on November 23, the date of the Eleventh Doctor’s anniversary adventure.
For July, newly appointed Children’s Laureate Blackman has contributed The Ripple Effect, which sees the Seventh Doctor and his companion, Ace, battle Daleks with a difference – they’re peace-loving.
A teaser for the book says that upon encountering these friendly Daleks, the Doctor, “ever suspicious of his arch-enemies’ motives, learns of a threat that could literally tear the universe apart”.
Blackman, who has “loved Doctor Who” since childhood, said that she agreed immediately when she was asked to be part of the anniversary series.