You are here: Home / Archives for Down’s 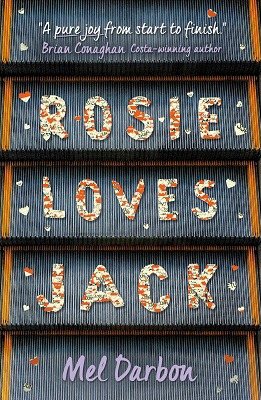 A YA novel told from the perspective of someone with Down’s syndrome. A love story inspired by the author’s experiences alongside her severely autistic brother.

Erin Lange’s subject is bullying. In her debut novel, Butter, we were on the side of the victim, a fat boy attempting to eat himself to death on the internet for the grisly viewing pleasure of his peers. In Dead Ends, we are rooting for the bully – hot-headed thug Dane Washington, who kick-starts the action by unapologetically smashing his foot into "some guy’s throat". In Dane’s world, violence is justified if people are "asking for it", the only exception to the rule being girls and "retards".

If you balk at the use of that word, Dead Ends is not the novel for you. Like RJ Palacio, with whom Lange has been compared, she pulls no punches when describing the mistreatment of "freak" Billy D, a teenage boy with Down’s syndrome, who moves into Dane’s street on the wrong side of town (Columbia, Missouri).

via Dead Ends by Erin Lange – review | Books | The Guardian.

From The Independent’s Children’s Books Blog, a Q&A with Sophie Smiley, author of a series of chapter books illustrated by Michael Foreman:

Sophie Smiley is the author of a heart-warming series of chapter books about a football-mad family. Packed with charming illustrations by the award-winning Michael Foreman, the books follow the adventures of big sister Charlie (short for Charlton) and her brother Bobby, who has Down’s syndrome. Books in the series include Bobby, Charlton and the Mountain, Man of the Match and Team Trouble.

Sophie recently took part in a cultural exchange between British and Turkish writers before speaking at the London Book Fair, where Turkey was this year’s Market Focus. When she’s not busy working on her novels, Sophie teaches English, Film Studies and Creative Writing. She lives in Cambridge.