You are here: Home / Archives for debut 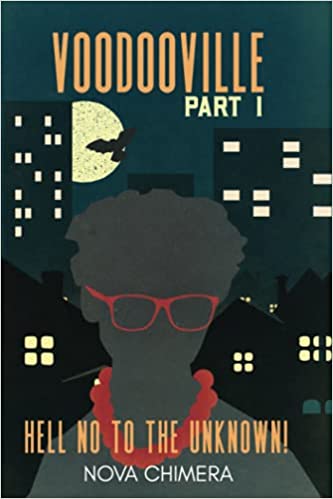 A fine, emotionally engaging YA fantasy adventure featuring romance, gang warfare, humour and a rich cast of characters who engage in exciting set-piece chases and fights. There are touching scenes of young love. A music soundtrack is referenced throughout. The dialogue is pacy and contemporary. Spex, the 17 year-old narrator, frequently interjects face-to-camera type commentary/asides.

The debut author is a young Malawi in his twenties who has lived in the UK since the age of 3. He has always loved writing and drawing, and says that most of his early influences came from cartoons and anime. His main goal is to write an animated TV show, and embarked on writing this novel as a  way of testing his writing ability.

Inspirations for Voodooville include Murukami’s Kafka On The Shore, the Scott Pilgrim graphic novels, the Japanese animation of Howl’s Moving Castle, City of God, Fooly Cooly (FLCL) and the 2015 film Brick. Readers of the book will find traces of all these in the story. 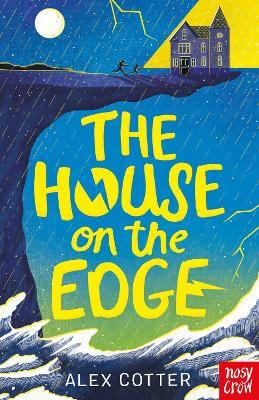 “This story has one of the strongest voices I have ever read. The character of Faith is gripping – readers feel every bit of her panic and her urgency to protect her home and family. This is a captivating story of twists and turns that kept me guessing until the very end. Young readers will be swept away in this brilliant combination of folklore and modern family issues.” Scope For Imagination
“What a debut novel from Alex Cotter! A great, pacy plot, cracking characters (Faith herself, as well as Mrs Hollowbread, the grumpy teacher!), and the story being told first-person through Faith adding a real sense of engagement and empathy with/for everything that was going on.”  Whatiread
“There are great, surprising twists and by the end everything reaches a thrilling climax with the answers slotting together like bricks. This is unusually different – in all the best ways.” Chris Soul

A tense thriller that’s impossible to put down – perfect for fans of Emma Carroll and Fleur Hitchcock. Where has Faith’s dad gone? Why has he left his family living in an old house perched on a crumbling cliff top? A crack has appeared in the cliff and Faith watches anxiously as it gets bigger and bigger each day… Her brother is obsessed with the sea ghosts he claims live in the basement, and when he disappears as well, Faith starts to believe in the ghosts too. Can she find her brother and bring her father back before everything she cares about falls into the pitiless sea below? A great mystery with real heart, from a captivating new voice in middle-grade fiction.

@AlexFCotter @NosyCrow finished reading this beauty tonight; had to extend bedtime so we could get to the end! My daughter and I both loved it, and the different relationships are written with compassion and love allowing you to become fully immersed in their story. A stunner! pic.twitter.com/PHNI7iZ8mJ 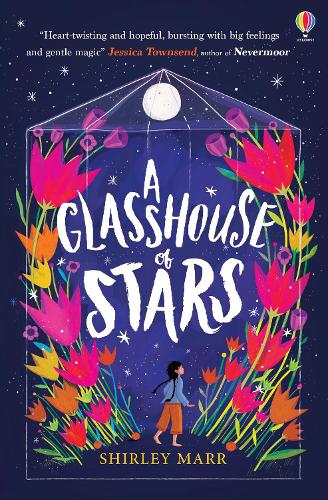 Powerful debut novel for 9+ from a first-generation Chinese-Australian author.

Meixing Lim and her family have arrived in the New Land to begin a New Life. Everything is scary and different. Their ever-changing house is confusing and she finds it hard to understand the other children at school. Yet in her magical glasshouse, with a strange black-and-white cat, Meixing finds a place to dream. But then Meixing’s life comes crashing down in unimaginable ways. Only her two new and unexpected friends can help. By being brave together, they will learn how to make the stars shine brighter. A Glasshouse of Stars is based on the author’s childhood and beautifully illustrates the importance of friendship, kindness and love. 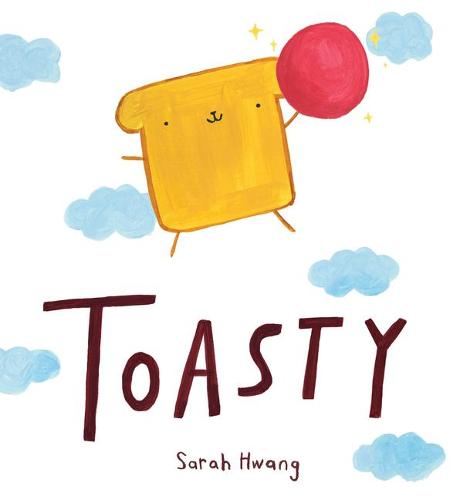 “Readers will root for this doughy hero.” KIRKUS”
“Newcomer Hwang’s quirky plot has the meandering joy of a small child’s storytelling logic, while acrylic paint, colored-pencil, and digital pictures give the triumphant Toasty a sketchbook immediacy as he engages in doggy doings.” Publishers Weekly

Toasty is a piece of bread desperately longing to be a dog.
He sees dogs running outside his window and doing stuff like catching Frisbees. world.
If only he could do things like that too!
But Toasty is practical. He knows that toast is different from dogs.

Sarah Hwang was born in South Korea and moved to the U.S at the age of six.  She was inspired to become a picture book writer and illustrator after reading books that gave her comfort and made her laugh during her childhood. She studied illustration at the Maryland Institute College of Arts. 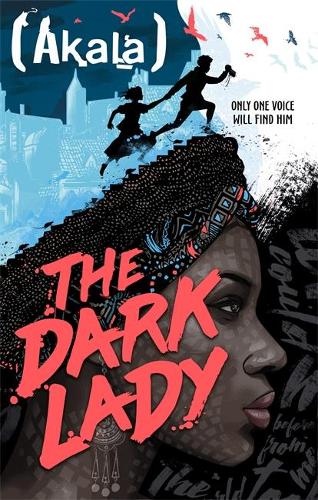 The Dark Lady is the debut YA novel from Akala, musician and founder of the Hip-Hop Shakespeare Company.

A pickpocket with an exceptional gift. A prisoner of extraordinary value. An orphan haunted by dreams of the mysterious Dark Lady. Henry is an orphan, an outsider, a thief. He is also a fifteen-year-old invested with magical powers …

This at times brutal, first novel  will glue you to your seat as you are hurled into a time when London stank and boys like Henry were forced to find their own route through the tangled streets. 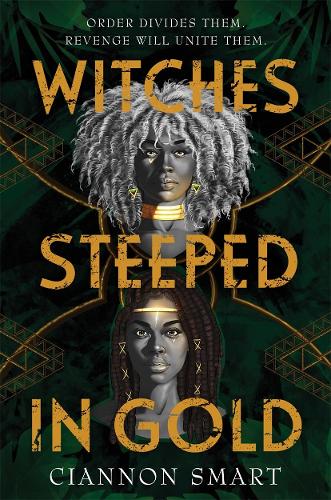 Iraya Adair has spent her life in a cell. Heir of an overthrown and magically-gifted dynasty, she was exiled from her home on the island nation of Aiyca when she was just a child. But every day brings her closer to freedom – and vengeance. Jazmyne Cariot grew up dressed in gold, with stolen magic at her fingertips. Daughter of the self-crowned doyenne, her existence is a threat to her mother’s rule. But unlike her sister, Jazmyne has no intention of dying to strengthen her mother’s power.

Sworn enemies, the two witches enter a deadly alliance to take down the woman who threatens both their worlds. But revenge is a bloody pursuit, and nothing is certain – except the lengths Iraya and Jazmyne will go to win this game. Two witches. One motive. And a very untrustworthy alliance.

This is the author’s debut. 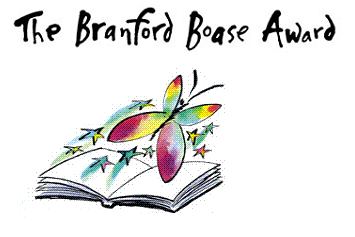 The shortlist for the 2021 Branford Boase Award has just been announced:

The panel is chaired by Julia Eccleshare, children’s director of the Hay Festival.

Julia Eccleshare, co-founder of award and chair of the judges says, “The range of stories and voices on this year’s shortlist is thrilling. Each year the Branford Boase Award highlights the most exciting new talent and most gifted editors, and it regularly identifies changes in the direction of fiction for children. These seven books showcase all that children’s fiction can be. Here are stories that explain and provoke; reassure and challenge; that present the world through different eyes, or make us recognise what we knew but didn’t understand; and, of course, they entertain, all readers, and on repeated readings.”

The winner of the Branford Boase Award will be announced on Thursday 15 July. The winning author receives a cheque for £1,000 and both author and editor receive an inscribed plaque. 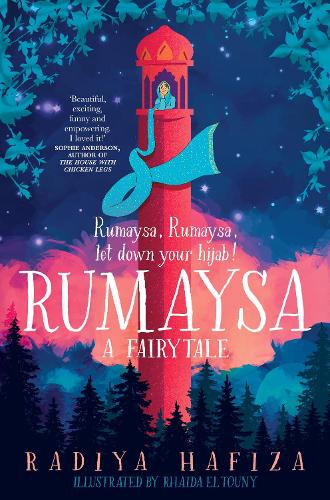 For as long as she can remember Rumaysa has been locked away in her tall, tall tower, forced to use her magic to spin straw into gold for the evil Witch and unable to leave. Until one day, after dropping a hijab out of her small tower-window, Rumaysa realizes how she might be able to escape . . .

Join Rumaysa as she adventures through enchanted forests and into dragon’s lairs, discovers her own incredible magical powers and teams up with Cinderayla and Sleeping Sara! Rumaysa: A Fairytale is a magically fresh, empowering and funny debut, with beautiful inside illustrations by Rhaida El Touny and cover illustration by Areeba Siddique. 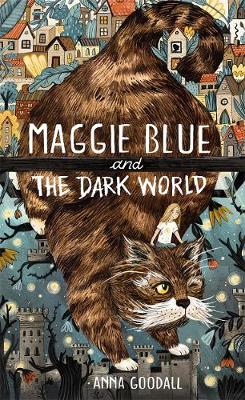 A  gripping tale of friendship, courage and the power of being yourself. Cover design by Sandra Dieckmann.

Maggie Blue is an outsider, both at home and at school. She lives with her eccentric aunt Esme, and has no friends other than the irascible Hoagy, a stray cat who can talk to her. When Magge sees Ida, her foe from school, being taken through a window to another world by one of their teachers who has transformed into a wolf, she is determined to save her, whatever the cost. But the dark world is full of danger, a place where happiness is valued above all else, and Maggie discovers that her role is far more important than anyone could have guessed.

After working in publishing, running a small literary magazine, bookselling and very occasional journalism, Anna took a Masters in Scriptwriting at Goldsmiths but instead of doing what she was meant to do after that (ie, write a film or at least a short film) decided to write a novel instead.  This is it. 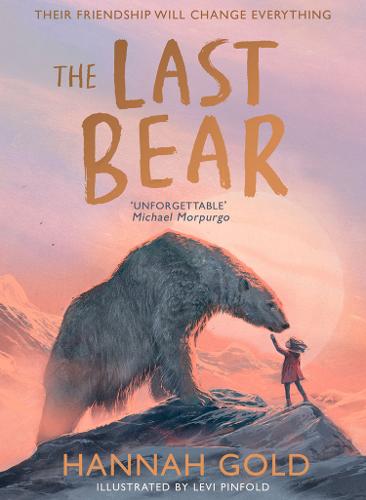 There are no polar bears left on Bear Island. At least, that’s what April’s father tells her when his scientific research takes them to this remote Arctic outpost for six months. But one endless summer night, April meets one. He is starving, lonely and a long way from home. Determined to save him, April begins the most important journey of her life…

This moving story will win the hearts of children the world over and show them that no one is too young or insignificant to make a difference. The Last Bear is a celebration of the love between a child and an animal, a battle cry for our world and an irresistible adventure with a heart as big as a bear’s.

Beautifully illustrated throughout by Levi Pinfold – winner of the Kate Greenaway Medal.