You are here: Home / Archives for deal 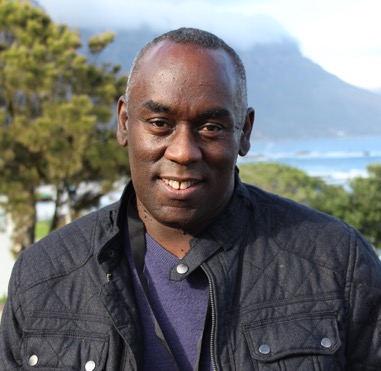 The new title is called CANE WARRIORS and is described as “a heart-thumping, visceral historical novel about the real-life slave uprising against British plantation owners in Jamaica known as Tacky’s War in 1760.”

The book will be published in hardback October 2020 with proof copies going out imminently.

2020 looks set to be a big year for Wheatle. Not only has Steve McQueen based one episode in his 6 part SMALL AXE series for BBC on Alex’s life (to be aired Autumn 2020 on BBC ONE), Noel Clarke of Unstoppable Films is adapting the Crongton series into a TV series whilst the theatre adaptation of Crongton Knights is currently playing to packed houses and receiving phenomenal reviews for its major UK tour.

Alex Wheatle has said of the book and deal, “I would like my children’s children to learn about the mighty Cane Warriors just as they read about Richard the Lionheart, Joan of Arc and Queen Elizabeth I repelling the Spanish Armada.  I want to bring their untold story to the world so they will be recognised as freedom fighters and the heroes that they without question are. It’s been a pleasure to be acquisitioned and published by Andersen Press, they have given their full support and backing for my vision of Cane Warriors. Together, we will present the Cane Warriors legend to the reading public where I hope they will be entertained and moved by this compelling story based on real historical events.”

Chloe Sackur, Commissioning Editor for fiction at Andersen Press bought UK and commonwealth rights from Laura Susijn, of The Susijn Agency for Cane Warriors and a second historical novel from Alex, which is currently in the works.

Faber Children’s has acquired a “seductive and spine-tinglingly brilliant” French YA novel on the basis of a short translation extract.

The book, Songe à la Douceur by Clementine Beauvais, was originally published by French publishing house Sarbacane last year and will be translated by Sam Taylor. Its UK publication date is currently pitched for next July when it will be titled In Paris with You, after the James Fenton poem of the same name.

Alice Swan Faber editorial director, told The Bookseller: “It’s the first novel I’ve bought in translation. I would never normally acquire a novel without reading it. But I shared the manuscript with French-speaking colleagues and their response was so overwhelmingly positive that it felt worth the risk. I was nervous to read the translation, but it was an incredible reading experience – and thrilling to know that we’d already bought the book.”

The translator has said, “It’s a lyrical, intelligent, sexy, romantic and very funny novel about life and love in the 21st century, and it was both the most difficult and most enjoyable translation I’ve ever done.”

Beauvais is the co-host of the “Kid You Not” podcast on children’s literature and her books have previously been published by Hachette Children’s Group and Bloomsbury.

Barrington Stoke, which publishes books that are accessible for struggling readers, has acquired a novella by author Non Pratt.

Unboxed is about four teenagers who come together after several months apart. In previous years, they had put together a time capsule about their best summer with a friend who was dying. Now that their friend has passed, they reunite to open the box.

Barrington Stoke editor Emma Baker acquired the world rights from Jane Finigan of Lutyens & Rubinstein and will publish the title on 15th August.

Pratt adds: “Stories matter to me because they give a window into other people’s lives – how they think and feel – and Barrington Stoke is a publisher that ensures those windows are wide enough to admit everyone. For years I’ve ‘fangirled’ over their list, promoted books to parents at the school gate and handsold copies to strangers in shops, so it is ridiculously exciting that they’re actually letting me write one.”

via Non Pratt novella to Barrington Stoke | The Bookseller.

Two books about the adventures of the daughter of Jack Frost mark the first sales success for new litersary agency Skylark, founded by Amber Caraveo and Joanna Moult:

The book, by debut author Amy Wilson, is about a girl who is thrown into a series of adventures after finding out she is the daughter of Jack Frost.

Rachel Petty acquired the rights in a two-book deal from Skylark’s co-founder Amber Caravéo, who said this deal marks the first sale for the agency, which she co-founded with Joanna Moult a year ago.

“Since our launch a year ago, Jo and I have been working hard to find talented new authors, such as Amy, and support them as they create truly stand-out books for children and young adults,” said Caravéo. “It’s exciting to see that work coming to fruition. Rachel and the Macmillan team’s enthusiasm for Amy’s writing completely won us over, and I am delighted that A Girl Called Owl – Skylark’s very first submission to publishers – has found such a wonderful publishing home.”

Petty said: “A Girl Called Owl is one of the most charming and accomplished debuts I have read this year. It’s that wonderful combination of a magical narrative with a real emotional core, and we’re delighted to welcome Amy to the list.”

via Macmillan buys tween fiction from Skylark Literary | The Bookseller.

David Baddiel is to write a third children’s novel – about a boy who reincarnates as different animals.

The book, provisionally titled Annie Malcolm, comes after the success of The Parent Agency, about a parallel world in which children are allowed to choose their parents, and The Person Controller, about a games device that can influence other people.

He told an audience at the Chortle Comedy Book Festival yesterday that he had already started writing the book.’

‘I had a two book deal and they sold well.’ he said. ‘The publishing company put a lot of pressure on me to write more as they didn’t want the audience to grow up [before the next one comes out]. I didn’t want to do that unless I had a idea, though… and then I had one.

‘It’s about a boy who doesn’t like animals, but then by some magic he turns into different animals, and he has to get back into being a human using the skills of that animal.’

The "Divergent" author is set to write a new two-book series, HarperCollins Children’s Books told The Associated Press on Monday. The books currently are untitled, with the first one expected in 2017 and the next in 2018.

Roth and her publisher offered few specifics, beyond saying the series is in "the vein of ‘Star Wars’" and will tell of a boy’s "unlikely alliance" with an enemy.

"Both desperate to escape their oppressive lives, they help each other attain what they most desire: for one, redemption, and the other, revenge," the publisher announced.

via Veronica Roth working on new series; 1st book due in 2017 – Redding.

Just stumbled on this piece, published in a free local magazine and copied onto Laurence Anholt’s website. It’s a short piece of autobiographyat the end of which Laurence celebrates having two full-length novels accepted by Penguin Random House, the first of which is due for publication in July 2016.

A few years ago I began to write two full length novels: ‘The Hypnotist’ and ‘Love Letters’. If picture books are hard, a novel is like building a house single-handed! But to my amazement, both books were accepted by the newly merged Penguin Random House. The Hypnotist is about prejudice and tolerance – In essence I have transposed Dickens’ Great Expectations to the Deep South of America in 1963. My protagonist is a young black orphan making his way against the background of Segregation and the dreaded Ku Klux Klan. The events are seen through the very strange eyes of an Irish hypnotist, Dr Jack Morrow who has started work at a new university. There’s a slice of history, a sprinkle of magic realism and a twist of humour. The Hypnotist will be published in January 2016.

My mother, Joan was a wise and wonderful woman who died too young. Joan was a teacher of English Literature, especially Hardy and Wordsworth and although she was a Christian, she was fascinated by Eastern philosophy. It must have influenced me because I became a member of the friendly Buddhist community in this area. If I had more pages I would gleefully expound on the benefits of mindfulness and meditation, but one central concept of Buddhism is that our thoughts become our reality – a person who thinks negative or prejudiced thoughts creates a dark claustrophobic world for themselves; conversely those who train themselves to be positive and open-hearted find the world opening around them. Life is challenging, but life is beautiful too. We are profoundly privileged to walk briefly on this extraordinary bluegreen planet, revolving slowly in space.

Scholastic UK is delighted to announce a two-book deal with teen and soul sensation, Tallia Storm. David Maybury, Commissioning Editor for Scholastic UK, made a five-figure deal with Manager Tessa Hartmann for World Rights in November 2014.
Storm’s debut novel is a fictional tale based on the young singer’s own experiences. It follows fictional heroine Storm Hall as she sets out to make a name in music, with the pitfalls and triumphs of being a teenager adding to the mix of excitement.

David Maybury explains, “I met Tallia at TedxTeen London last month and loved hearing her story – especially when delivered with Tallia’s iconic image and unique energy. She lives a roller coaster life: working on her debut album, singing all over the world; and at the same time being a teenager, doing chores, talking to friends and going to school, just like anyone else. That’s the story she’s writing – a character living in two worlds, with all the fun, chaos, heart and music that comes from both places.”

“It’s incredibly exciting to be publishing Tallia,” says Maybury. “Anyone who has read her on Huffington Post Teen or heard her interviewed knows how genuine and insightful she is. And that is at the heart of her fiction: capturing Tallia’s unforgettable voice and perspective with an amazing story to tell.”

Tallia Storm’s debut album is set to be released by Virgin Records in 2015. Her debut novel will be published by Scholastic UK in September 2015.

Bloomsbury Publishing has acquired two new books from Sarah Crossan. The first of the two books will be published in 2016 and will be supported by a high profile, global marketing and publicity plan.
"I am thrilled. I have always felt at home at Bloomsbury and feel lucky to have such a wonderful family looking after me" Sarah Crossan

Sarah’s debut book, The Weight of Water, won The Eilís Dillon Award for a First Children’s Book (CBI Book of the Year Awards), the We Read Prize, a Coventry Inspiration Book Award and a UKLA Book Award in the UK and was published to glowing reviews and acclaim in the US. It was also shortlisted for the Carnegie Medal and the CLPE Poetry Award. Her latest novel, Apple and Rain, is nominated for the Carnegie Medal and shortlisted for The Bord Gáis Energy Irish Book Awards 2014 and will publish in the US in May 2015.

Hodder Children’s Books has acquired a YA fantasy trilogy from debut author Taran Matharu. The first book in the series, Summoner, has already had three million reads on Wattpad since its publication on the site five months ago.

Hodder Children’s will publish Summoner, which is about a blacksmith’s apprentice, his demon and their battle against the Orcs, in 2015. Two further books, as yet untitled, will follow at a later date.