You are here: Home / Archives for David Fickling

[If slideshow does not start automatically, click to activate]

Found In Translation, part of the rolling programme of events known as the Children’s Book Show, a national tour bringing some of the best children’s authors from the UK and abroad to local theatre venues and giving teachers and school children the opportunity to hear world-class artists talk about their work, took place at Europe House in London on Friday 15th November 2013.

The event was made up of three separate discussions, running alongside one another. I had elected to attend Publishing Translation, a panel discussion between Sian Williams,
Nicolette Jones (children’s books editor at The Sunday Times), Fabio Geda (author of In The Sea There Are Crocodiles) – and his English translator Howard Curtis, whose translation won the 2013 Marsh Award for Children’s Literature in Translation. The panel was also intended to include David Fickling the publisher of the book.

Poetry in Translation consisted of a discussion with some of the young winners of the Stephen Spender Trust Times Translation Prize (under 14 and 18 categories) and included readings by the young translators of their winning entries.

In the third discussion, Translation Workshop, Kevin Crossley-Holland talked about the challenges of ‘translating’ the Anglo-Saxon epic Beowulf into a children’s version.

Gillian Lathey of Roehampton University and co-founder of the Marsh Award gave a ten-minute introductory talk and then Sian Williams chaired the discussion, which was interspersed with extracts from the novel, read by a young actor Samuel John.

Nicolette Jones reminded the audience that only 3% of published children’s books come from another language, although she felt that increasingly reviewers are blind to whether a book is translated or not.

Fabio, who comes from Turin, told us that he had worked for several years as an educator working principally with troubled children. In 2007 he published his first novel about a young Romanian boy searching for his street-theatre father.

Before writing In The Sea There Are Crocodiles he had spend six months collaborating with an Afghan youth who had a particular way of talking about painful situations in his past. It was this young man’s voice that Geda sought to capture in his prize-winning book.

It was an interesting discussion and, in the publisher’s absence, the translator felt emboldened to question the way the book had been marketed to two different audiences with different jacket designs. He felt that the adult hardback jacket had made the book look more like a children’s novel than the actual children’s design. The new adult paperback jacket was much much better he thought.

There were some lively interventions from the floor. Why, it was wondered, are publishers not employing the scores of multi-lingual young people in their twenties desperate to find work if, as it seems, one of the impediments to considering foreign fiction is the inability to read it in the original language. 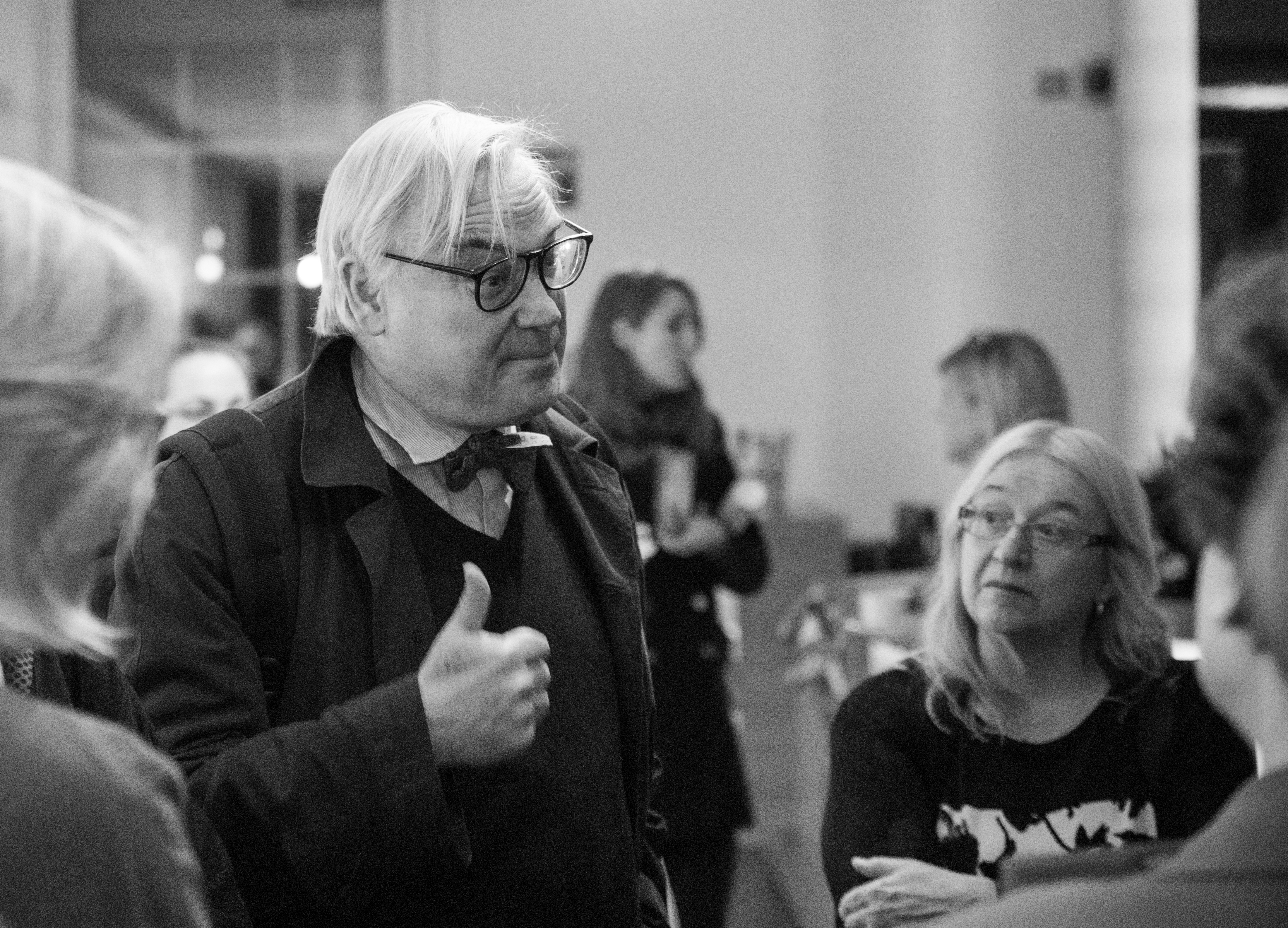 David Fickling, when he eventually arrived, disarmingly embarrassed about a confusion over the timing of the panel discussion, held an impromptu ‘event’ in the lobby where people from all three discussions had assembled for a tea & coffee break, during which he gave a commitment to publishing at least one book in translation each year. He fetched from his rucksack a picture book called Pig In A Muddle and confessed to being its translator. ‘And how did I translate it? I used a dictionary and the pictures!’ Like me he is ashamed that he has reached his sixties unable to converse in any tongue other than English. He spoke amusingly about how tentatively and shyly English he would be when approaching foreign stands at international book fairs. He hoped that a younger generation of editors would have greater confidence.

David Fickling is to leave Random House, where he is publisher at the David Fickling Books children’s imprint, to set up as an independent publisher.
Fickling’s new company will take the name David Fickling Books, with Simon Mason joining as the company’s managing director. The venture will continue to be based in its existing Oxford office and plans to publish 25-30 books a year.
Meanwhile titles scheduled to be published at Random House’s DFB imprint after Fickling’s departure will continue to be published as DFB books by the RHCP fiction team headed by Annie Eaton and the picture book team led by Fiona Macmillan.
RHCP’s existing DFB backlist—which includes the young adult edition of Mark Haddon’s The Curious Incident of the Dog in the Night-time and John Boyne’s The Boy in the Striped Pyjamas—will gradually move to one of the other imprints in the Random House children’s division…
“I like publishing to be personal, and I want to keep at the level of making books. I’m 60, it’s about legacy—the storyhouse going on, the editorial team continuing to go on publishing the best books they can find. It’s also about sharing with authors, and partnerships. And it’s about autonomy—publishers have to recognise great work when they see it; and when they see it, act and get it out there.”
Fickling said he was looking forward to joining the community of small independent publishers. “I admire Andrew Franklin at Profile, Jamie Byng at Canongate, these amazing publishers and many others. These are the great powerhouses. I want to work with them too, and be a publisher in that group.”

via David Fickling to leave Random House | The Bookseller.