You are here: Home / Archives for computers

Children’s book publisher Usborne has launched two new titles about computers and coding aimed at young children. At the same time it has made pdfs of its 1980’s computing titles freely available online.
…
Usborne deserted the computer scene at the end of the microcomputer era so it is really good news to see them re-entering it.

A new interactive educational initiative called “Every Child Can Code” is announced today for teaching children to code computers. The scheme will cater for children from age 7 or even younger. Sir Clive Sinclair’s team at Retro Computers Ltd, which recently launched the ZX Vega games console, plans to encourage and enable children to code their own games programs. The children can then exchange their games with each other via email, and the company will put the best games submitted to it on the web site www.EveryChildCanCode.org for everyone to enjoy.

“Sir Clive’s Spectrum computer spawned an entire generation of young computer coders during the 1980, making the UK the world leader in this field. We aim to create the same level of enthusiasm for coding amongst today’s youngsters. Nowadays computer code lies at the heart of so many products and services that coding is a vital skill which should be learnt by everyone at school.”

A key component in the Every Child Can Code scheme is a unique child-friendly software “coding teacher”, which monitors a child as they code their programs, it warns the child when they have made a coding error, and it assists the child in understanding what they have done wrong in their coding and how to put things right.

The new coding learning scheme will be free of charge and is being launched today for the start of the new school year. The scheme is for all children, not just those who own or have access to a ZX Vega.

In parallel with the Every Child Can Code scheme Retro Computers Ltd have also announced today the inauguration of the National Schools Coding Championships. There will be one division for primary and prep schools, and another division for secondary and independent schools and sixth-form colleges.  Every school in the UK can take part. The prizewinning entries will be added to future versions of the ZX Vega’s collection of 1,000 games.

Both initiatives aim to encourage schoolchildren to learn and enjoy coding, which is a vital skill for today’s and tomorrow’s world. Sir Clive Sinclair said:

“Many children already find coding to be fun and rewarding. With the National Schools Coding Championships we are adding the excitement of competition to the reasons why more children will take up coding with enthusiasm. Our aim with these championships, as with the entire Every Child Can Code scheme, is to encourage the growth of a new generation of coders in the UK, so our country can once again become a world leader in this field.” 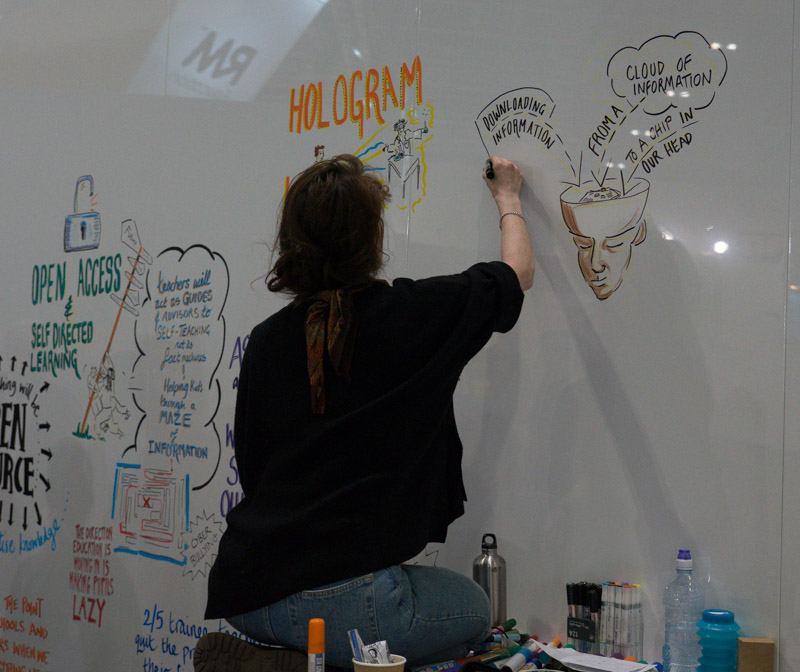 My impressions of BETT, the annual educational technology show, now held at EXCEL, were very similar to the ones I had last year . The new venue has some advantages – better air conditioning being one. But still, on balance, I preferred the show when it was at Olympia. There it was good to have two separate halls to explore, plus the balcony, which was often the haunt for tiny startup firms.
The costs of having a stall at BETT are now prohibitively high for newly-established companies, and it was noticeable this year that practically all the exhibitors (especially the UK exhibitors) were ones that have already achieved a successful status. 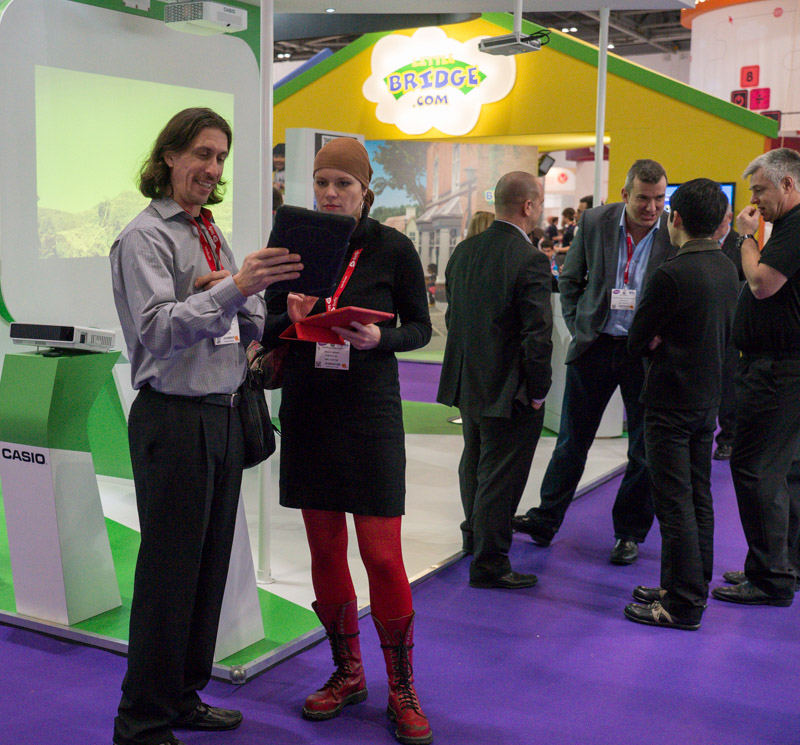 I could find only limited evidence of genuinely helpful attempts to grapple with the requirements of the new computing curriculum (see Rory Cellan-Jones TV news report on the challenges facing schools). I am quite a fan of what the American startup, CodeHS, is doing in terms of teaching programming to high school students. I have used their video teaching units with KS2 children and the early units are easily accessible to Y4 and up. 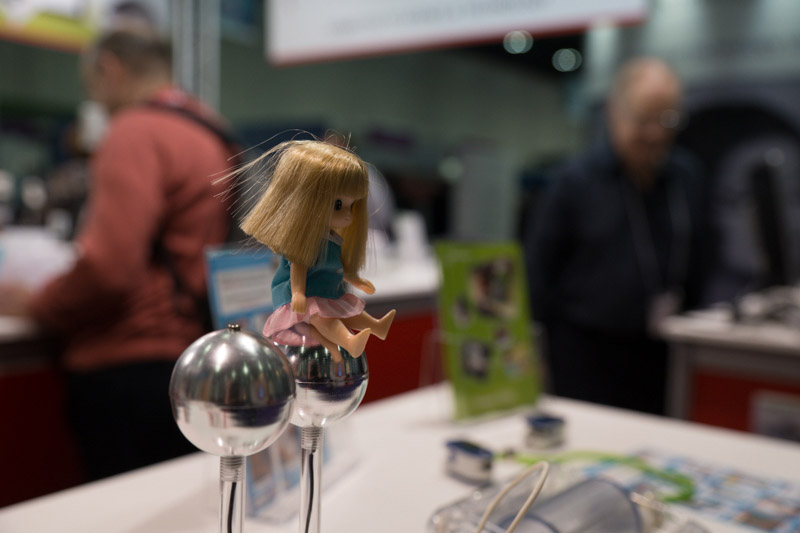 A few months ago I asked Zach Galant, one of the co-founders of CodeHS, if he and his partner Jeremy Keeshin were planning to come to the UK to spread the word about CodeHS here, but when I told them the cost of even the smallest BETT stand he unsurprisingly told me it wasn’t going to be worth the investment.

It’s not as if, on the evidence of this show, there are many other enterprises offering the same kind of video-tutored course that these two young American entrepreneurs have developed. 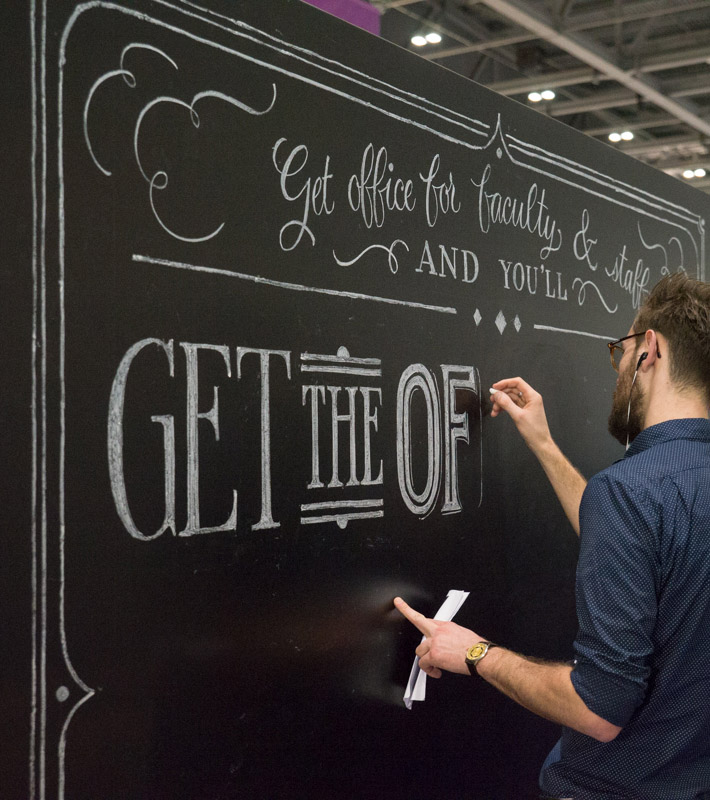 Some of the programs being used and recommended in schools, at KS2 and KS3, are great as far as they go. I am as big a fan of Scratch and Khodu as the next person, but ultimately that kind of software teaches only the building blocks and logical thought-processes of programming. It’s a bit like painting by numbers. Sooner or later students need to get into the actual language of coding, and that’s where CodeHS is a really strong solution, especially for highly-motivated students, eager to learn at their own pace. 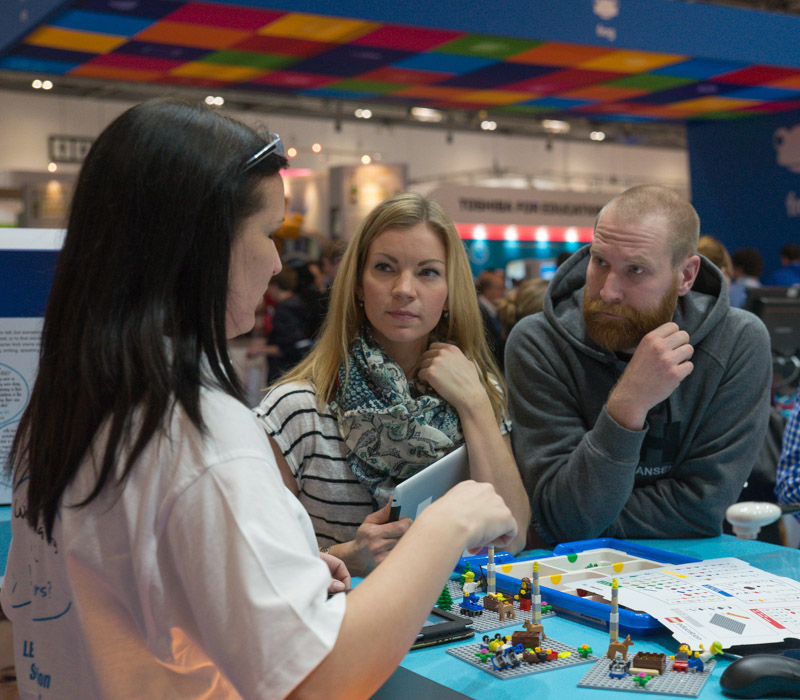 At an adult level I am a big fan of Lynda.com and believe that UK education still has a long way to go to really effectively deploy the full strengths and possibilities of video tuition. If anything there was less evidence this year of solutions aimed at supporting screencast creation, and I saw one presentation that gave the impression that Mediacore was an entirely new video management tool, whereas I clearly remember marking it as extremely noteworthy in my write-up of BETT2013. 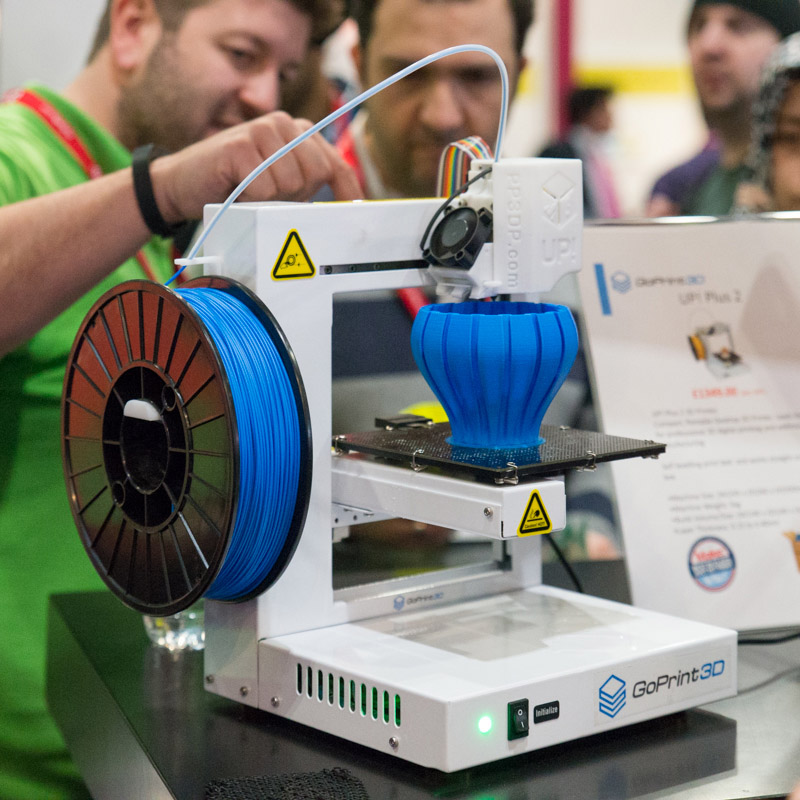 Just as last year there were stands and stands devoted to visual displays, 2D and 3D printing and to course creation and assignment management. If the exhibition is anything to go by, the move to replace Smartboard-style whiteboards with big interactive TV-type screens seems to have abated. It was also noticeable how few of the Learning Platform or VLE providers retain a profile high enough to warrant exhibiting. There was Frog of course (a huge stand) and the Brighton-based DBPrimary. But that was about it.

For me personally BETT was valuable for being able to hear Stephen Heppell present (tirelessly throughout the day, it seemed – I stopped by his stand three times) and to hear the always-interesting Miles Berry‘s tea-time talk on possible ways of approaching one particular aspect of the new curriculum with KS2 children (teaching children to know about the internet – there’s more involved with that than it sounds).

Heppell has a marvellous (if somewhat haphazardly organised) arsenal of videos and images on his laptop (many of these can also be found on his website) that he is able to use to illustrate his talks. In particular I enjoyed seeing the photos he has taken inside inspirational schools, of rooms within rooms, and of informal shoeless learning environments. I missed most of the live Skype conversation he had with students in Denmark, but he clearly likes the Scandinavian approach, in particular their willingness to let children take risks (he showed photos of young students being allowed to cross a busy road and climb to the top of tall trees opposite one school – all in school time). He was also fascinating and inspiring on the subject of Big Data and how empowering (I usually dislike that word, but here it is apposite) it is to give children as much information as possible about how they are doing (I don’t like the word ‘performing’), and allow them to share that amongst themselves, and thereby learn from and instruct one another. 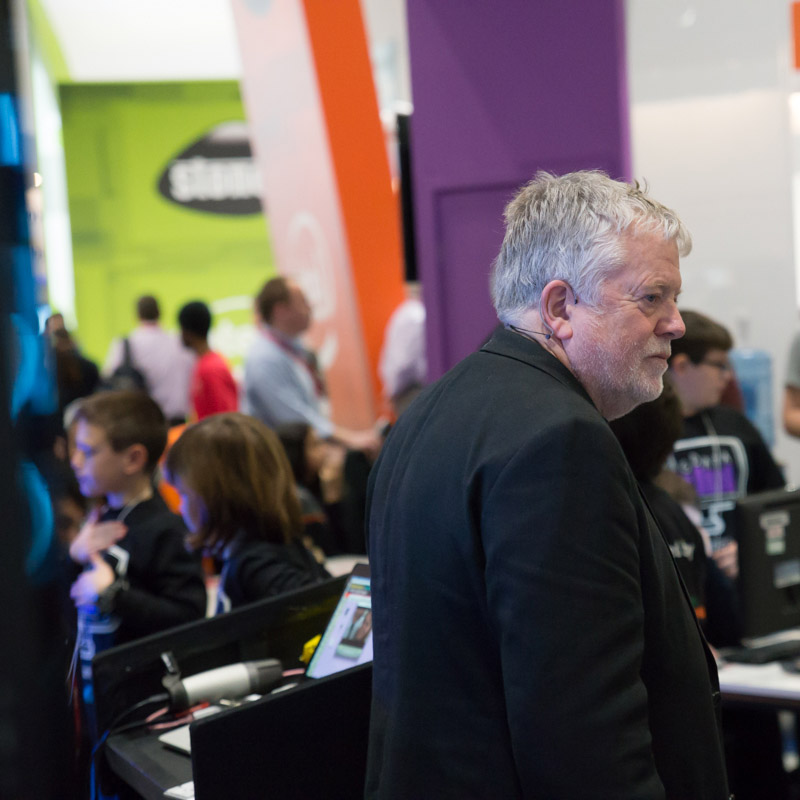 I just wish there had been a greater level of interest in these presentations (I can remember the days when a talk by Stephen Heppell would fill one of the very large auditoriums at Olympia), but the majority of visitors seemed focused on hardware and software – on the mechanics of delivery rather than the dynamics of pedagogy (teaching & learning). BETT has always been a trade show as well as an education show, but the emphasis on trading and commerce seemed greater than ever this year, with many oversees visitors on the opening day, and large areas of the exhibition floor given over to business meetings. 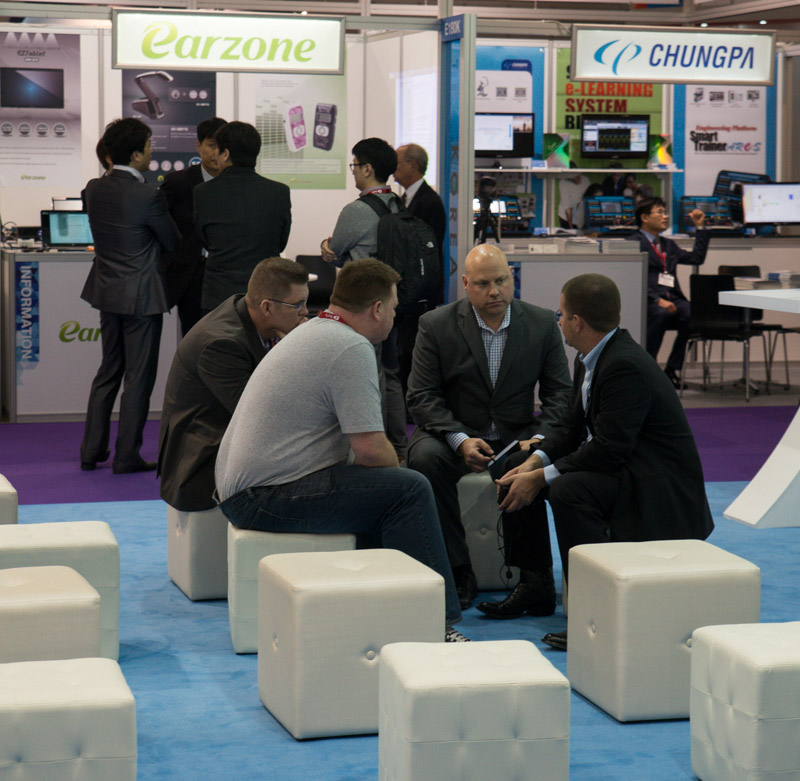 Again as last year I lament the absence of Adobe. The educational pricing of the Creative Cloud to my mind represents excellent value. I’m not suggesting every teacher/student should be given access to the Adobe suite of programs, but for key individuals in a school, yes, it would make a great deal of sense. For example, if admin/office staff were trained to use InDesign rather than relying on Word and Publisher, the immediate professionalisation of documentation produced would greatly benefit the school’s image. 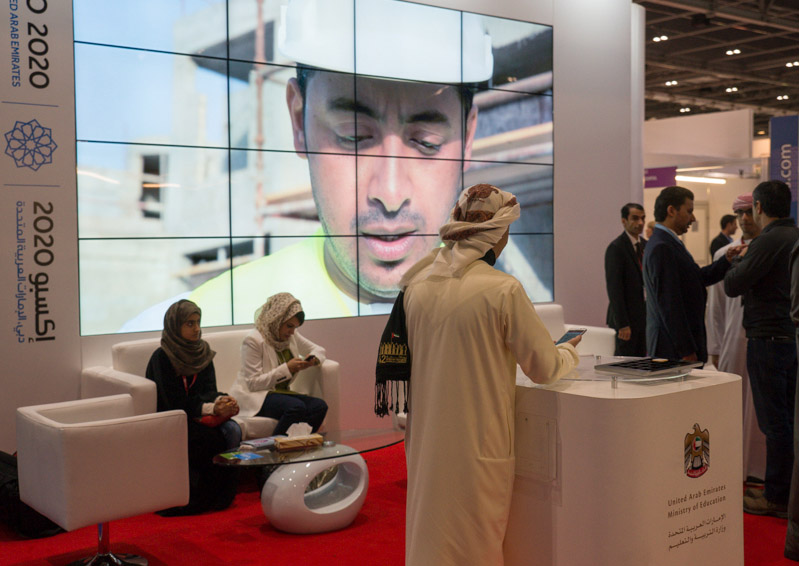 I may have missed it (and if so let me know) but I saw little or no mention of markdown at the exhibition. I would like to see all teachers (and students from about Y4 up for that matter) being shown how to write and compose documentation using markdown (it can be learnt in half an hour), so that anything they produce can easily be converted into an HTML page for the web. The days of linking to Word documents should be long gone, and PDF files are hardly more mobile friendly. 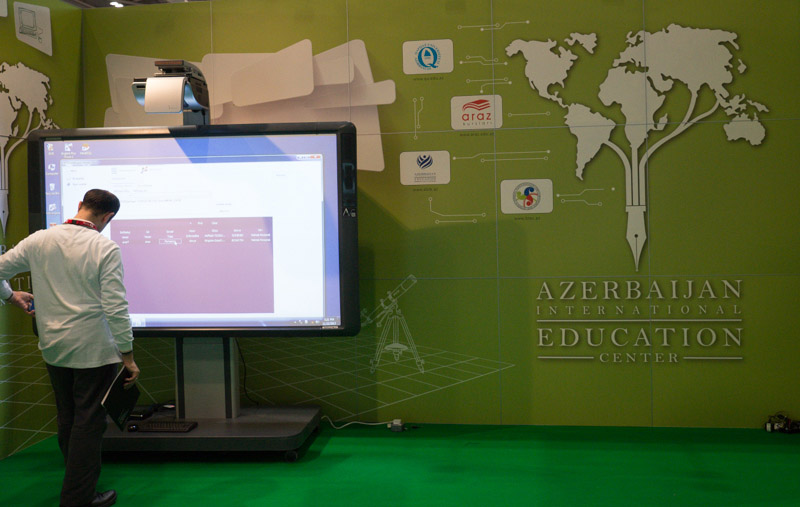 The risk of attending trade shows such as BETT is that you go away thinking, if only we could afford to get this solution or that bit of kit, but we can’t so it’s just tough. But for all its limitations in the new venue and the shift in emphasis from teaching to commerce, BETT can still be inspirational. In particular, attend the right talk sessions and demonstrations (in addition to Heppell and Berry, I enjoyed a talk by James Guinevan of Houghton Mifflin Harcourt on ‘Designing Mobile Apps for Pre-Schoolers’, and a presentation on the Young Digital Planet – a Polish company – stand by Tomasz Boszko, demonstrating their impressive digital publishing component, Bookshelf) and you’ll realise you can transform the way you work very easily and very probably with the technology you (or the students themselves) already own. Heppell is a great believer in the power of the smartphone, and simple measurement apps such as light and sound meters. In Denmark, according to Heppell, even KS1 children have mobile phones on their desks. All too often in the UK we are too cautious, too risk-averse. Time to step forward into the future more bravely. 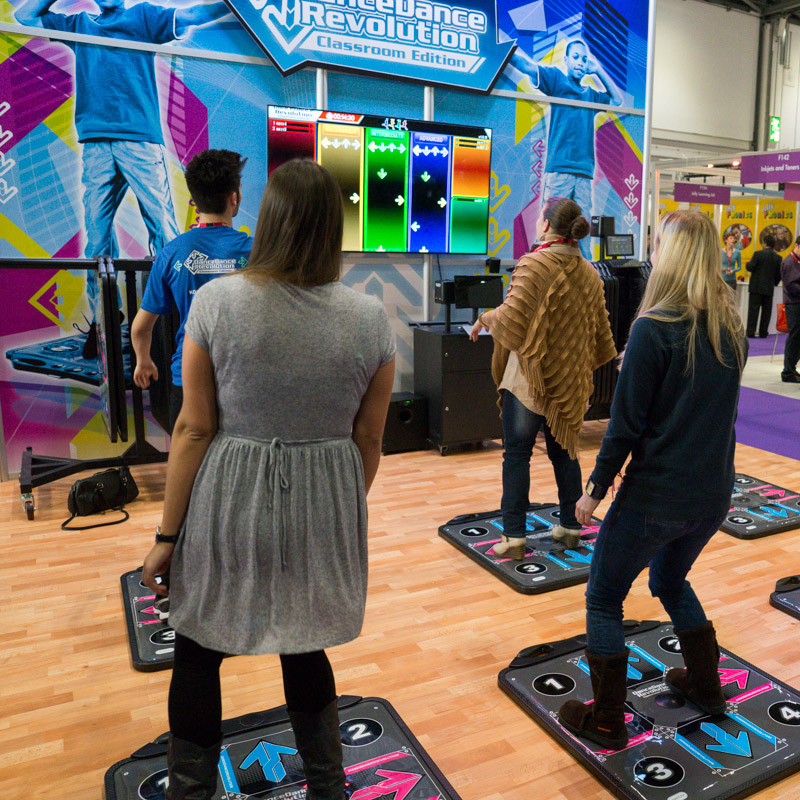