You are here: Home / Archives for children’s books

I can’t believe I missed this opinion piece by Jonathan Myer (of City University) in the middle of last week, in the wake of the Kent University controversy. The whole piece is more muddled than this extract suggests and I have the distinct impression that Myerson is not widely read in in contemporary YA fiction, especially that which is aimed at the 12-17 audience rather than the 11-13 age range to which he refers.

When I was a “young adult”, YA fiction didn’t exist and I filled my hours with Robert Louis Stevenson or Isaac Asimov. These novels held and excited us because they created scenarios where good and evil were clearly defined and rarely muddied.

I am so glad that first-rate children’s literature was there for my own children. I would not have wanted them – at 11, 12 or 13 – to confront the complexity and banality of evil. It’s quite right that they wanted to read about worlds where evil was uniformly evil and good people were constantly good. In contrast, adulthood means learning that SS officers or drone pilots do go home and kiss their wives, without a thought of belonging to the “dark side”. Equally, while you come to know how to interpret Portnoy’s self-loathing or Humbert Humbert’s witty detachment, children wouldn’t enjoy these characters or their dilemmas. The best young adult novels do bridge that sticky chasm between the undoubting days of childhood and the hedged decades of adulthood.

But there’s no avoiding the real question. Are adult novels larger than children’s novels largely because they seek to confront all these issues? Of course they are

via Children’s fiction is not great literature | Jonathan Myerson | Comment is free | theguardian.com.

When Stalin’s great purges made writing dangerous, a group of avant garde artists turned their attention to children’s books. Philip Pullman on a new collection that reveals a vigorous freedom in a time of repression…

the early Soviet period was a miraculously rich time for children’s books and their illustration. A new book, Inside the Rainbow: Russian Children’s Literature 1920-1935 offers a glimpse into that astonishing world. The designer, Julian Rothenstein, and the writer of an essay in the book, Olga Budashevskaya, have produced something truly remarkable. Brilliant primary colours, simple geometrical shapes – at first sight it looks like a textbook of suprematism, the movement that emerged from the intellectual ferment of pre-revolutionary Russia to express the supremacy of pure, artistic feeling above the mere depiction of objects. In the hands of Kazimir Malevich, for example, the great theoretician of suprematism, a black square expressed such feeling, and the white field on which it appeared was the void beyond all feeling.

For the illustrator K Rudakov, in a children’s book of 1927, a black square is still a black square, but with the addition of two bells underneath and a hook at the side for the handset, it becomes a telephone. In this picture it’s being used by a monkey in red trousers and a black waistcoat, and it illustrates a poem by the great nonsense-poet of Russian children’s literature, Kornei Chukovsky (1882-1969).

via How children's books thrived under Stalin | Books | The Guardian.

Rebecca Davies summarises (in 25 points) some of the advice/information conveyed during last weekend’s Nosy Crow conference… I’ve picked out points #23 and #24, but it’s worth reading them all:

23. To get into the top 5,000 best-selling children’s books in the UK, you need to sell around 100 copies of you book a week. That said, booksellers like to champion good books, and will be happy if a book sells 1,200 in total if it’s an author they’re really passionate about – another good reason to do events in bookshops and get the booksellers on your side.

24. Only 2 per cent of UK e-book sales this year were of books for children, so if you’re considering e-publishing a children’s book, it might be worth waiting until the market picks up (which hopefully it will!)

via Children’s Book Blog: Everything you always wanted to know about children’s publishing (but were afraid to ask) | Rebecca Davies | Independent Arts Blogs.

Tim Lott, writing in The Guardian yesterday, in praise of children’s books. And how good to see him giving a shout-out for an under-appreciated Australian author, Ursula Dubosarsky… 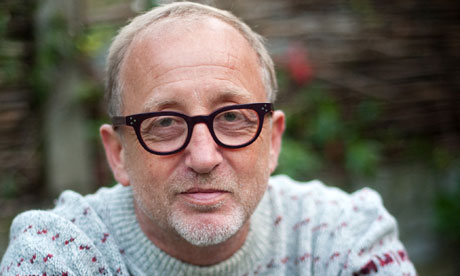 I have probably read more children’s than adult literature over the last 20 years. As often as not, it’s better – tighter plots, more finely drawn characters, carefully thought-out endings.
…
As children get older, you get more and more pleasure reading to them. Up to the early teen years, the richness of modern work is astonishing. I grew up with The Hobbit, CS Lewis and Stig of the Dump. That was it. Now there are scores of sparkling writers for the 7-12 group (my favourites are David Almond, Lemony Snicket and Malorie Blackman). Andy Stanton’s Mr Gum series I have laughed at more than any adult novel I have read.

For early teens, it just gets better and better. My favourite is a weird little book called The Game of the Goose by Ursula Dubosarsky, but I’ve just finished reading a book with my 11-year-old, Eva, called Looking for JJ, about a girl who murders another girl, and it held me gripped more than any adult thriller.

via Reading to children gets better and better as they get older | Life and style | The Guardian.

The ABC of It – an exhibit at the New York Public Library (now through Sunday, March 23, 2014) – is an examination of why children’s books are important: what and how they teach children, and what they reveal about the societies that produced them. Through a dynamic array of objects and activities, the exhibition celebrates the extraordinary richness, artistry, and diversity of children’s literature across cultures and time.
Lizzy Ratner writes about it in The Nation:

As a walk through the The ABC of It makes clear, the exuberant, centuries-old history of children’s literature is also one of subversion, rebellion, experimentation and inclusion. It’s the story of public libraries creating reading rooms and free programs for children and, in the process, blasting open the gates of literature to young people from all backgrounds. And it’s the story of women like Pura Belpré, the New York Public Library’s first Puerto Rican librarian, who began writing her own Spanish-language picture books in the 1930s to fill the void in culturally resonant literature available to her students. It is even the story of books like The Poky Little Puppy, which was one of the first titles churned out by the mass market children’s imprint Little Golden Books in the 1940s; though the guardians of high culture clucked, the book, which cost just twenty-five cents, was one of the first to be both affordable and available to kids across the country.

via What Are Children’s Books For? | The Nation.

Rebecca Davies has announced that she will be posting items regularly to a children’s books blog on The Independent. Her announcement includes a call for review suggestions…

Welcome to the Independent’s brand new children’s book blog! If you’re 16 or under and love a good story, then you’ve come to the right place. If you’re a parent, teacher or anyone else with an interest in children’s reading, this is for you too. And if you’re an aspiring children’s writer or illustrator, there’ll be plenty for you as well – including the chance to see your work reviewed in this blog.

If you’re looking for a good children’s book to get stuck into, check back once a week for my ‘recommended reads’. I’ll be covering new releases and old favourites, including picture books, adventure stories, teen fiction and much, much more. I might even go all modern and review the odd storytelling app.

Once a month I’ll reserve my recommendation slot for a brilliant children’s book that I feel hasn’t been getting the attention it deserves.

BRITAIN’S failure to value children’s literature may be an indication that Britons do not value their children, according to Julia Donaldson, the outgoing children’s laureate.

In an interview with The Sunday Times, Donaldson, whose best-known book The Gruffalo has sold millions of copies worldwide, said: “Children’s literature deserves the same respect as adult literature.

“I do feel very strongly in this country that not much store is set by children’s books by the media.

“Is it because we don’t value children? Yes, that does seem likely. In other countries it’s a very different story.”

Although children’s books account for nearly a quarter of all book sales in Britain, Donaldson, whose term of office ends on Tuesday, said less than a fiftieth of review space in printed newspapers was dedicated to them.

via Britain gives its kids a Gruff deal, says laureate | The Sunday Times.